Here's some notes from brainstorming ideas for Boot Hill Bounties. I talk about what it means to bring an idea to reality through game development

Imagine a house. What does this house look like? What’s in this house? What are the blueprints? Who lives there? Now you have this idea of a house in your mind. You might be able to see it clearly in your mind in tremendous detail. But since it’s in your mind, only you can see the house.

For today’s DevBlog Friday, I thought it might be interesting to dig up some old notes I made while thinking up ideas for Boot Hill Bounties. These are the “houses” and other ideas that I once brainstormed into haphazard doodles that eventually wound up being in a game that other people will be able to experience.

What’s great about working on Boot Hill Bounties is that the engine has come so far that the time it takes to turn an idea into a realization has been drastically reduced. If I have an idea, I have the tools in place to make it exist in just a short amount of time, sometimes just a few hours.

This is a very cool power, but also kind of dangerous. Once it becomes too easy to create anything you can think of, it becomes hard to say no to ideas. That’s when you end up with the dreaded scope creep and your game takes years longer to make than you originally intended.

But not forever. Boot Hill Bounties will be out on December 1. Just a few more weeks. 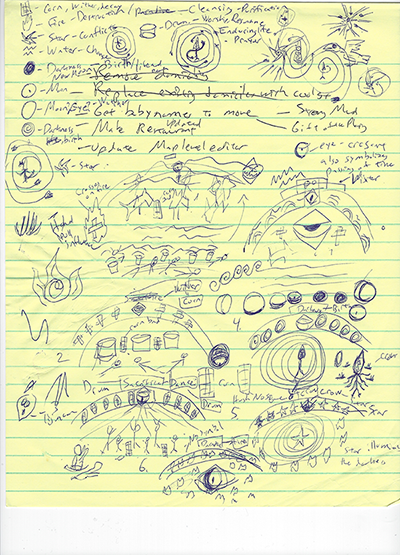 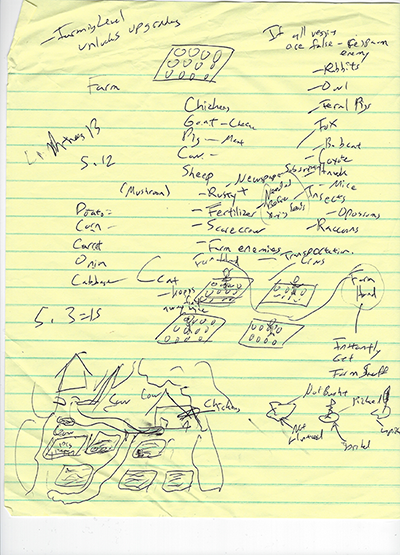 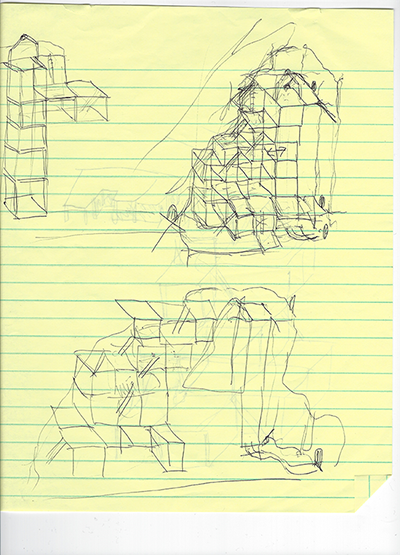 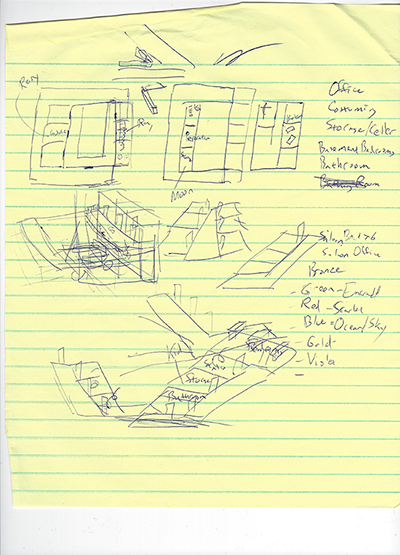 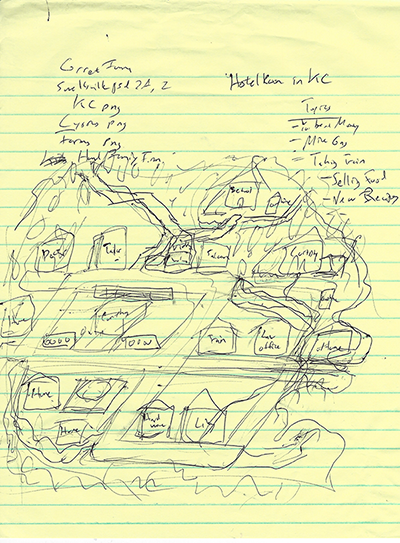