Computer Tycoon the Computer evolution business simulator got a 3D building site. I talk a bit about its concept and challenge.

In the last 2-3 weeks, I was working on the building sites of the game. This was a hard period honestly, and this is the first time that I had some real trouble around the game.

Please don't forget that still, you can register to my newsletter, so you can win a free copy of the game before release on steam. Also, I will look for testers using this email list. Eepurl.com

Also, I've just created a subreddit for my game, where I will constantly look for the feedback! Reddit.com

So, getting back to the topic, haha! It was a long time ago when I last created 3D games. The tools and the surrounded problems evolved a lot, and well, my knowledge faded away. I needed some time to get back!
For some time I really wasn't sure if I want 3D parts into Computer Tycoon or not. But I ended up to include it. Simply, I felt that people will like it. I think it's always rewarding to actually "see your empire", so I made it Computer Tycoon as well. I talked about this in earlier posts where I was talking about the country map of the game. I love strategy games where you can see your territory growing. But how about your company?
When people think about companies, even more corporates, they think about offices, factories. Yeah, kinda "workplaces", right? So the best way to make your company be a living thing is to show those buildings, I guess. The problem is that this makes the game even bigger, and also I'm a bit afraid that thinking about other tycoon games, people will assume that you can freely build stuff on a map just as you do it in transport tycoon or rollercoaster tycoon.
But here, you won't. This game isn't about that kind of creativity. There is another line of tycoon games, where building/road/anystuff construction isn't the main thing. Just remind to Game Dev Tycoon, where you create games, not roller coasters.
In Computer Tycoon the "building site" is where you see the buildings of your company. You can upgrade specific parts to get more productivity or research/marketing capability, new marketing methods and so on. And I decided to give you a living 3D animation representation of it. Simply, you just can't put the buildings where you would like to because they have predefined positions. Maybe in the sequel! :)

But what was the problem? Well, I made you a so big and so detailed representation, with so many models, that the engine had some trouble. Of course, on my strong dev PC that was totally okay, but what about older computers? Tycoon games tend to have a small system requirement because they don't have usually an impressive graphics quality. These games aren't really about graphics.
So this was the dilemma... Should I keep this or not? Well, at this moment, I'm on the track to keep it. I made everything to optimize the graphics.

Using a Radeon HD 6850 card, you can get 58-60 fps on Full-HD (watching the biggest, most crowded scene). And using a Geforce 920M you can also get 30 fps on 1388x768 resolution.
The Radeon HD 6850 is a 5 years old video card, with a 2262 benchmark. The Geforce 920M is a mobile relatively new video card for laptops with a 711 benchmark. I hope that it's enough. This is something that I will need to test out on more systems. Yes, I really count on you in that! :) Getting to this point was hard, pretty hard with very long nights. I just really hope that this level of system requirement is still acceptable. Feel free to check your own hardware on the benchmark list and put it in the comments to me.

Check out these screenshots of the building site. I guess that's what is the most interesting for you out there. On the pictures, ambient occlusion is turned off. I'm still thinking if I want it or not.

Please stay tuned, and recommend the game to your friends who like retro computers and tycoon/strategy games. I really need your help. Multiple friends of mine have flopped games recently, and telling the truth, I'm a bit afraid at this moment that I will end up the same way. I work _literally_ all day and night to make this happen. Thanks for reading! :) 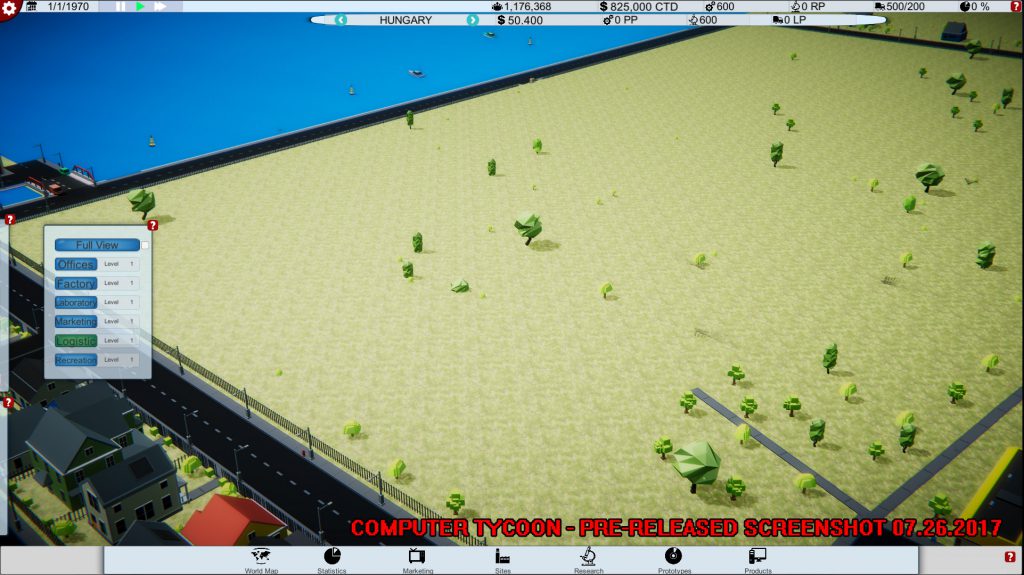 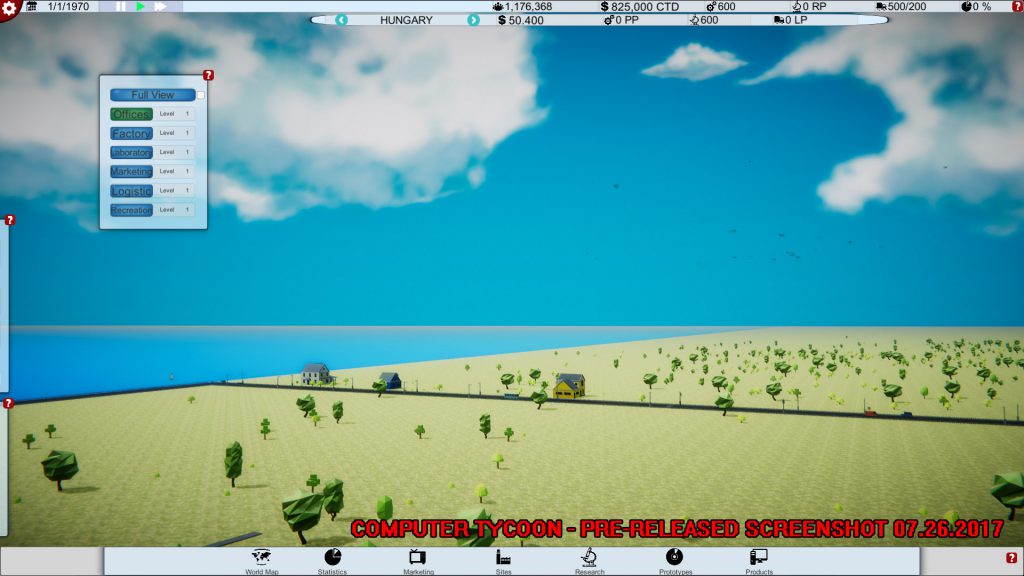 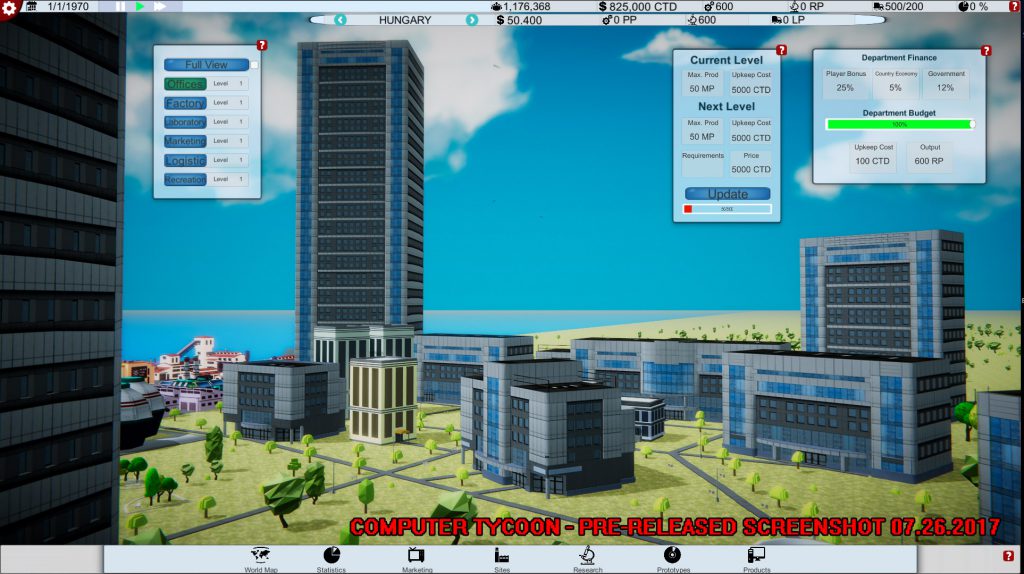 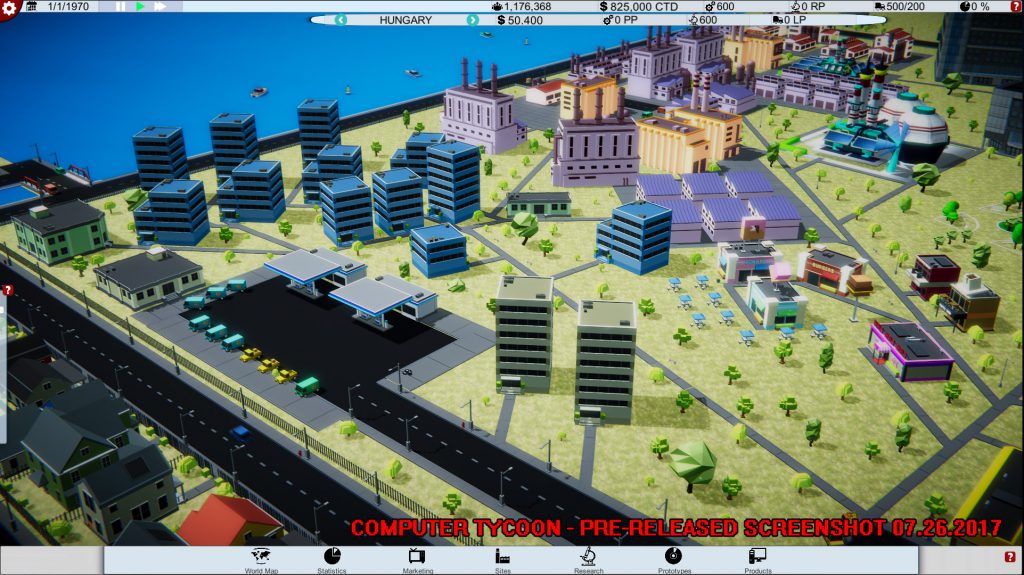 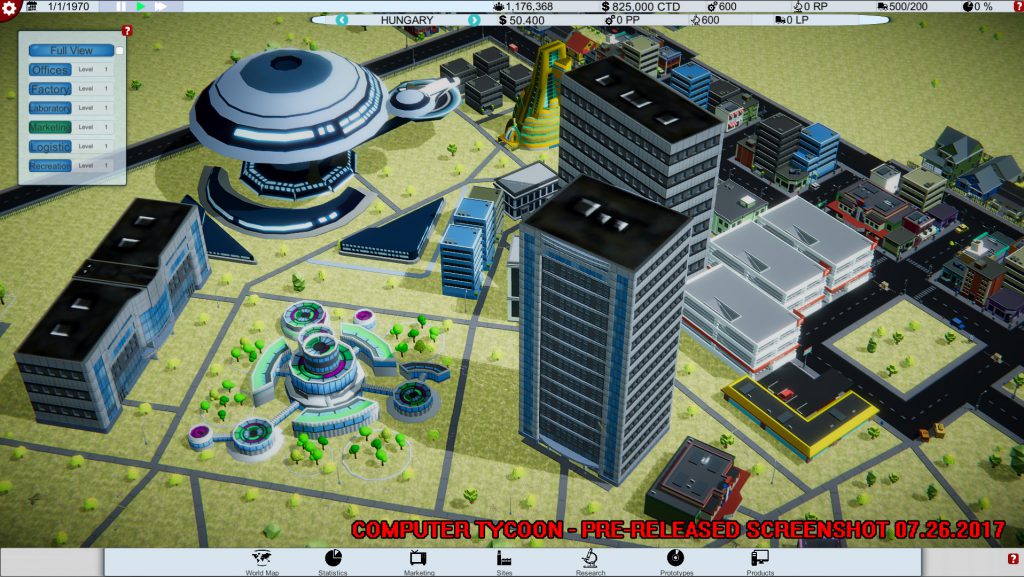 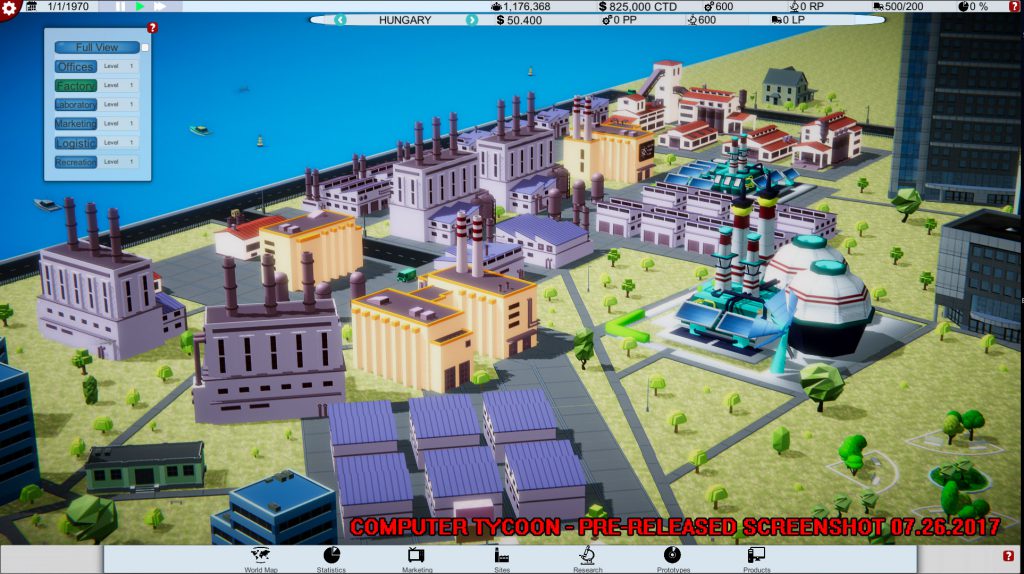 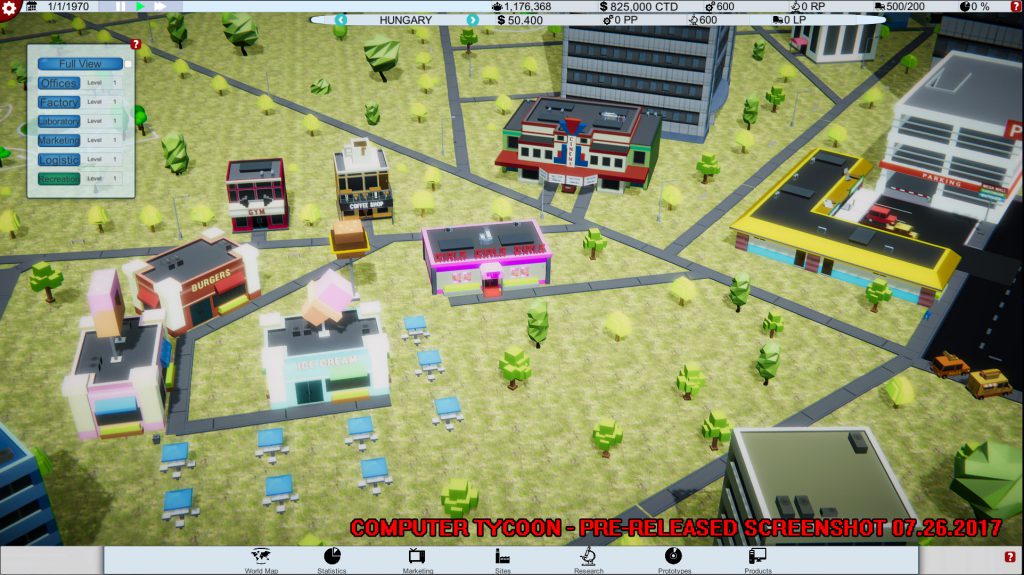 when i saw the logo i though "Make Computer Tycoon Great Again!"