Age of Mythology builds on the civilization differentiation that players have grown accustomed to in Age of Kings, with nine unique factions that play dramatically different from one another. Each of the nine unique civilizations are split amongst three cultures: the Greeks, Egyptians, and Norse, with each providing their own special units, gods, powers, heroes, and more.

The three primary Egyptian gods are Ra, god of the sun; Isis, goddess of queens and magic; and Set, god of evil. At the top of the Egyptian pantheon stands Ra, who controlled the power of the sun. For the Ra civilization, some examples of god powers that a player would have at their disposal are shifting sands and tornado. Some of the mythological units that a player would be able to enlist are the Wedjat (winged cobra), giant Scarab, and the Avenger. 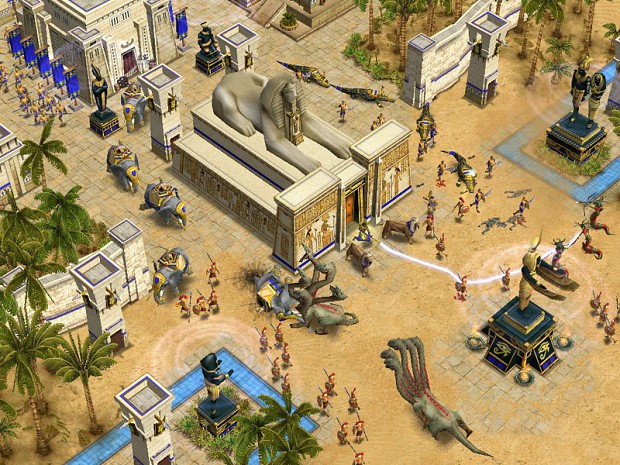 The three Norse gods are Odin, ruler of the gods; his son, Thor, god of thunder; and Loki, the ultimate trickster god. Thor, the might god of thunder, is probably the most heroic of Norse deities. A player that selects Thor as their major diety would have access to the god power Frost (large area freeze attack), as well as the Troll and Frost Giant mythological units, amongst others. 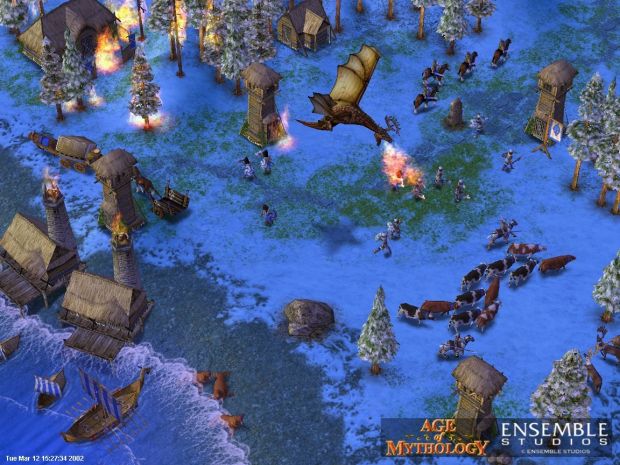 In the Greek culture, the three gods are Zeus, king of the gods, and his two brothers: Poseidon, god of the sea and cavalry; and Hades, god of the underworld. Zeus, undoubtedly the most familiar god in Greek (if not all) mythology, provides the player with a powerful god power (lightening bolt) in addition to several fearsome mythological units such as the Manticore, Minotaur, and Medusa. 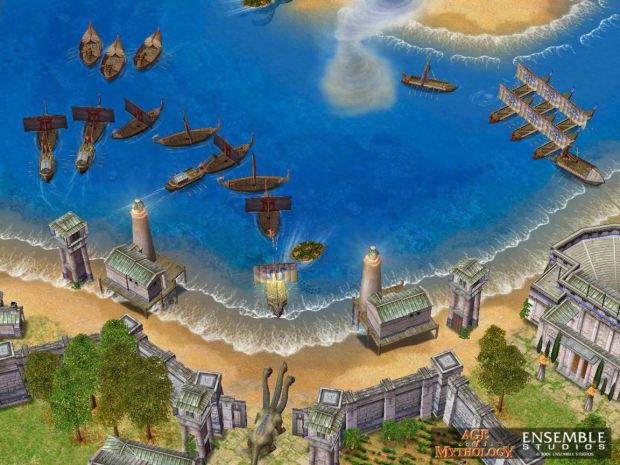 Choosing particular gods for your pantheon influences various economic and military abilities of your civilization, plus which god powers (earthquakes, meteor showers, etc.) and which mythological creatures (Cyclops, medusae, minotaur's, etc.) you can summon.