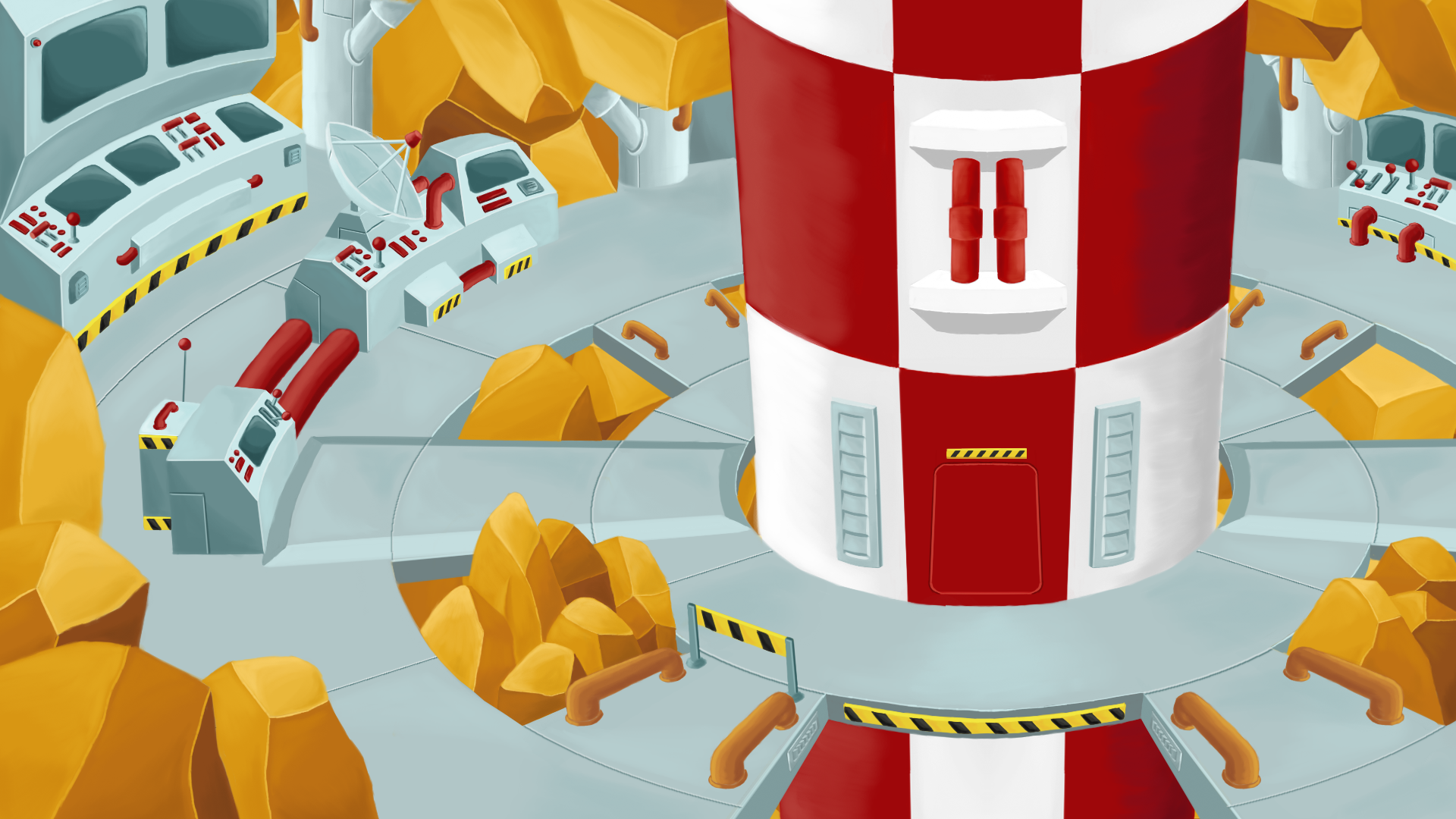 The Secret Rocket Base is a well-hidden military installation that houses a space-faring rocket that the Building Block Heroes will need to commandeer in order to attack Rupert's Moon Base directly. 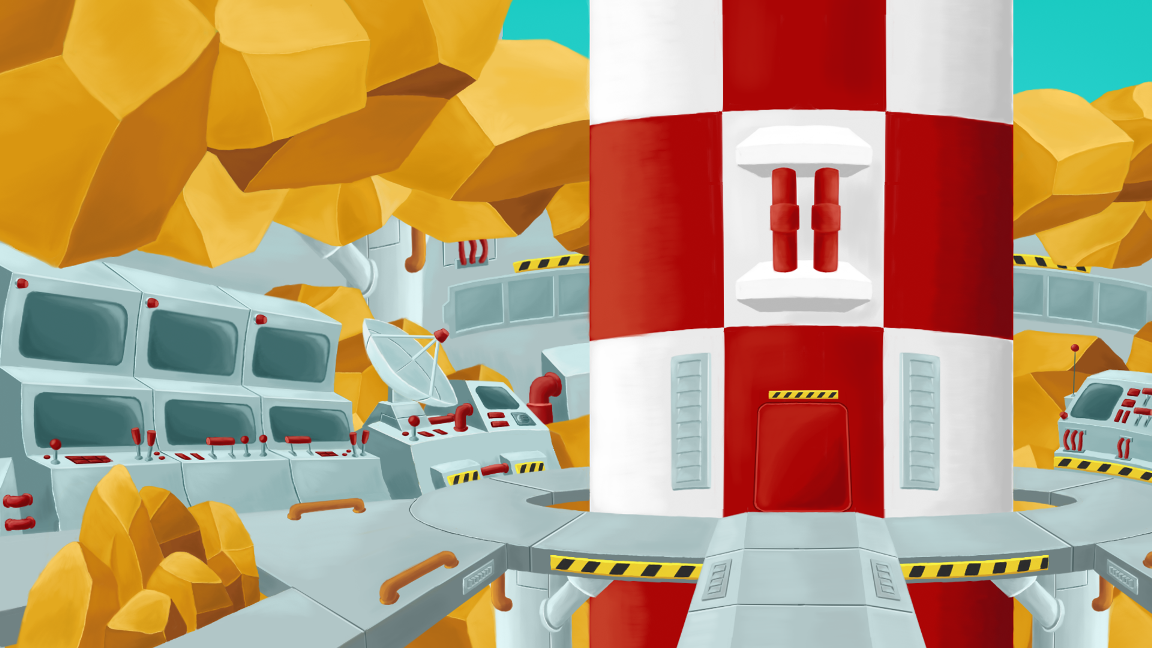 The Secret Base is probably the most difficult area in the game if time limits are enabled due to the barriers the players encounter. The barriers in this case are literal, as the new type of block encountered in this area are called Barrier Blocks. 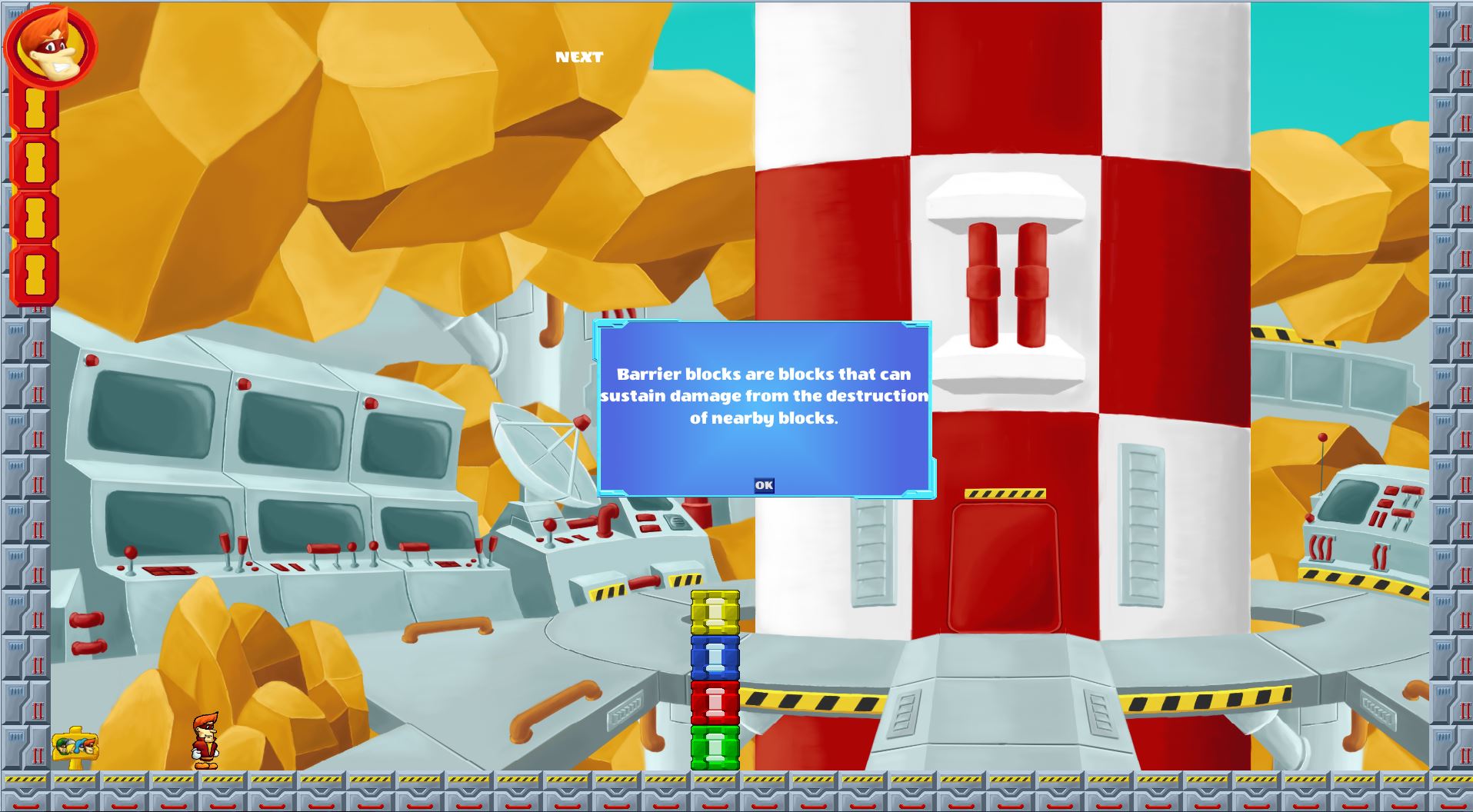 Barrier blocks are more durable than regular blocks, requiring three blocks or breakers of the same colour to be detonated next to them before being destroyed.

The enemies in this area are relatively benign and just patrol back and forth like enemies in earlier areas. However, the enemies in the Secret Base are much bigger than other enemies, which forms a problem in and of itself.

The boss of the Secret Base is Rupert himself! Or, rather, Rupert taking potshots at the heroes from a gun turret. 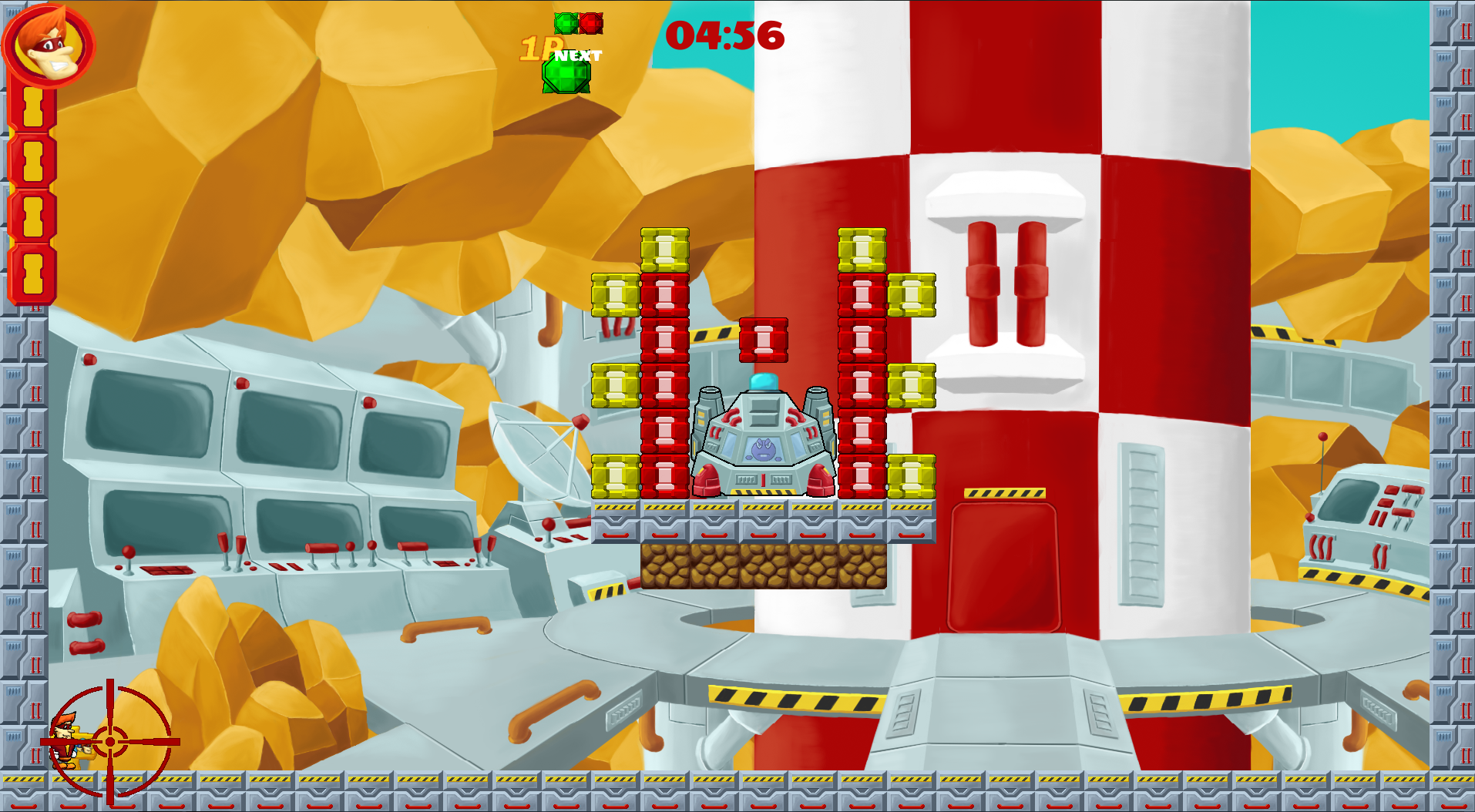 Rupert will follow the heroes around with a targeting reticle, taking aim until firing a shot that obliterates all the blocks around him or her. It does help to have a friend for this battle, as Rupert can only target one hero at a time. However, he does fire more frequently when there are multiple targets for him to take aim at.

The Secret Base was a huge pain to design. The colour scheme for this area wasn't immediately obvious, and it was difficult to think of one that would be unique. Specifically, I was having trouble figuring out how to make the mechanical parts stand out among the rocks. The breakthrough came when I decided to turn the rocks into a brown/tan colour, which immediately solved the problem of making the area look unique. 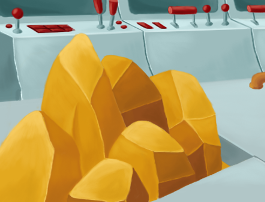 This itself lead to the design of the rocket because it opened up the possibility of a more cartoony and colourful rocket rather than the plain, grey mechanical one I envisioned at first. I'm a big fan of Tintin comics, and while I was designing the rocket I was reminded of the one that Tintin took to go to the moon (which itself was inspired by the appearance of the infamous V2 rocket designed by the Germans in WW2). I figured I could use a similar checkerboard pattern for my rocket. 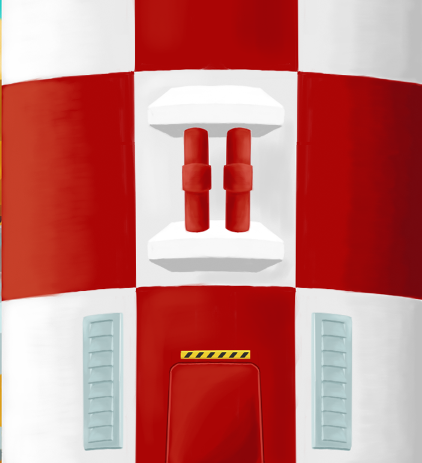 I knew I wanted a gun-based boss to fit with the military theme of the area. Originally, the boss was a regular Mechafolk boss, like in the other areas. However, as I was designing the boss, I decided to throw Rupert inside it to add a dash of colour to the boss. 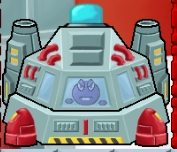 The music was inspired by early Command and Conquer games, with their industrial funk tracks that took a military/industrial setting and made it catchy rather than being serious or sober like one might expect. For this I started off with the electric guitar hook and added a fast, upbeat percussion track. Thankfully, military settings tend to lend themselves quite well to brass melodies, which at this point were starting to become something of a hallmark of my music. The melody, then, was an absolute cinch to compose once I had the background hook nailed down.

Let me know what you think! The game is on sale this week on Steam: