After the bright neon lights of the Mechafolk Capital City, the Building Block Heroes find themselves forced to cross the Oceantide Channel in order to reach the Top Secret....er, nothing.

After the bright neon lights of the Mechafolk Capital City, the Building Block Heroes find themselves forced to cross the Oceantide Channel in order to reach the Top Secret....er, nothing. 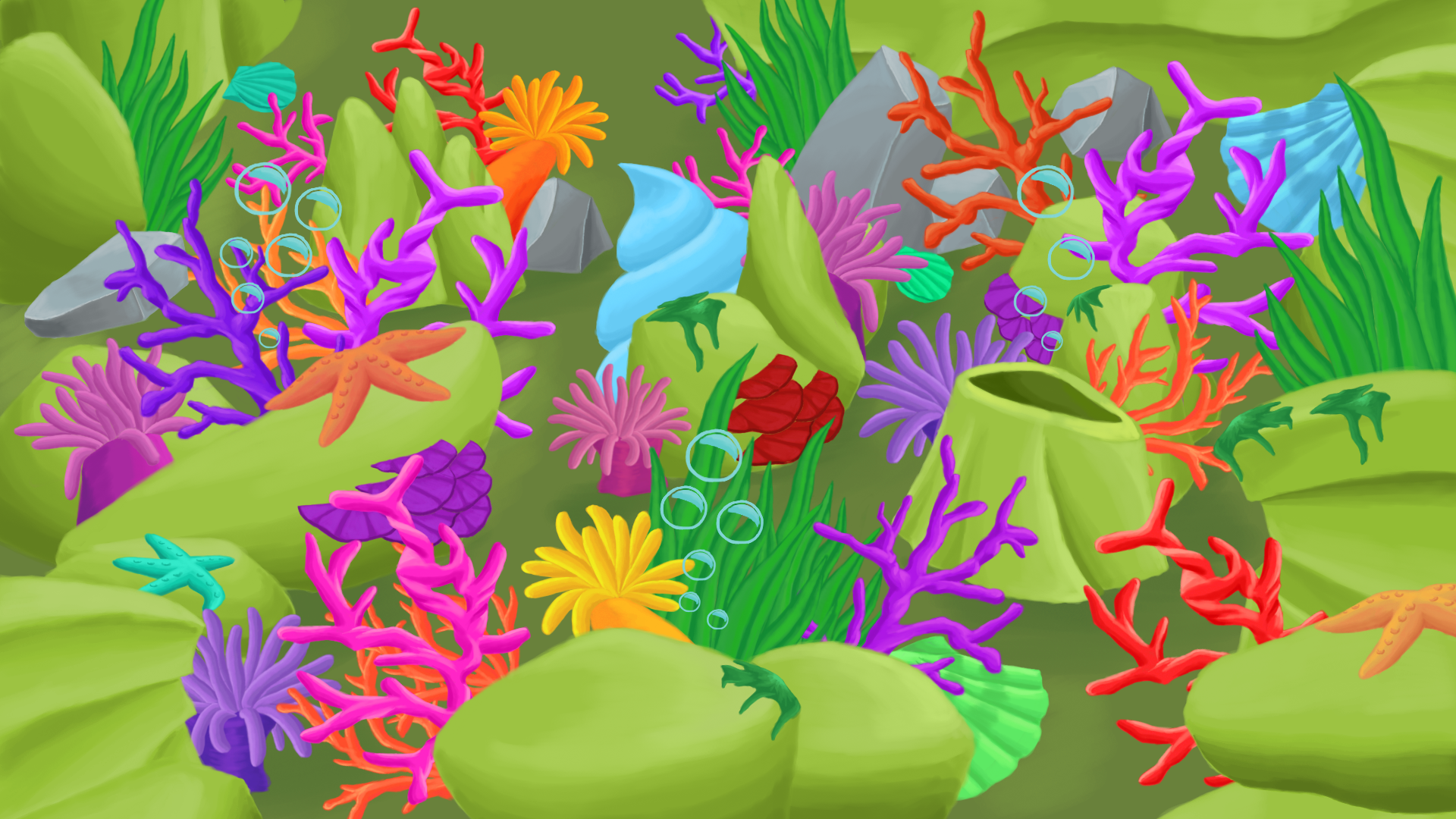 Crossing the Channel requires going under the sea, through a twisting maze of colourful coral. 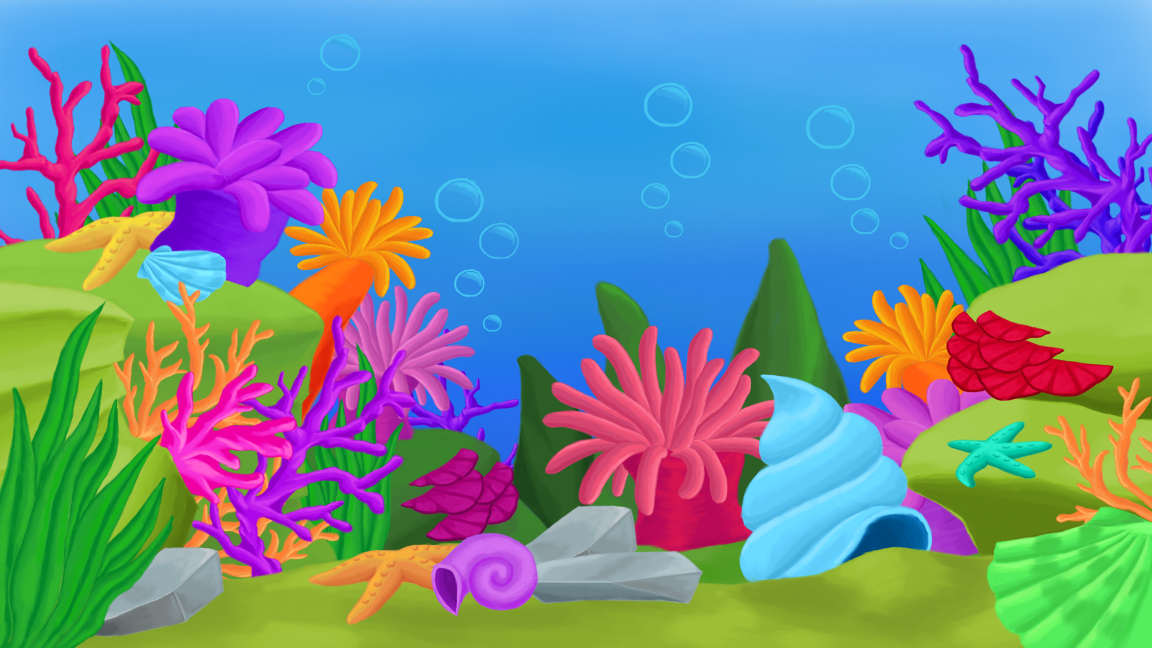 The Oceantide Channel marks the return of environmental obstacles. In this area of the game, every level will contain a giant stalk of seaweed slowly waving back and forth in the background. After a while, the seaweed will speed up, which serves as a warning that a powerful ocean current is on its way.

Once the current arrives, the Building Block Heroes will be swept to the left of the screen, unable to resist the onrush. Hopefully, they'll have something to brace themselves against until the current passes through!

The enemies in this area act similarly to their counterparts in the city, except that they move in a random pattern rather than moving consistently.

The boss of the Oceantide Channel holds the distinction of being the only one in the game that isn't attacked directly. After all, the Building Block Heroes are simply trying to get into the Top Secret...nothing. Fighting the boss directly would be a distraction! 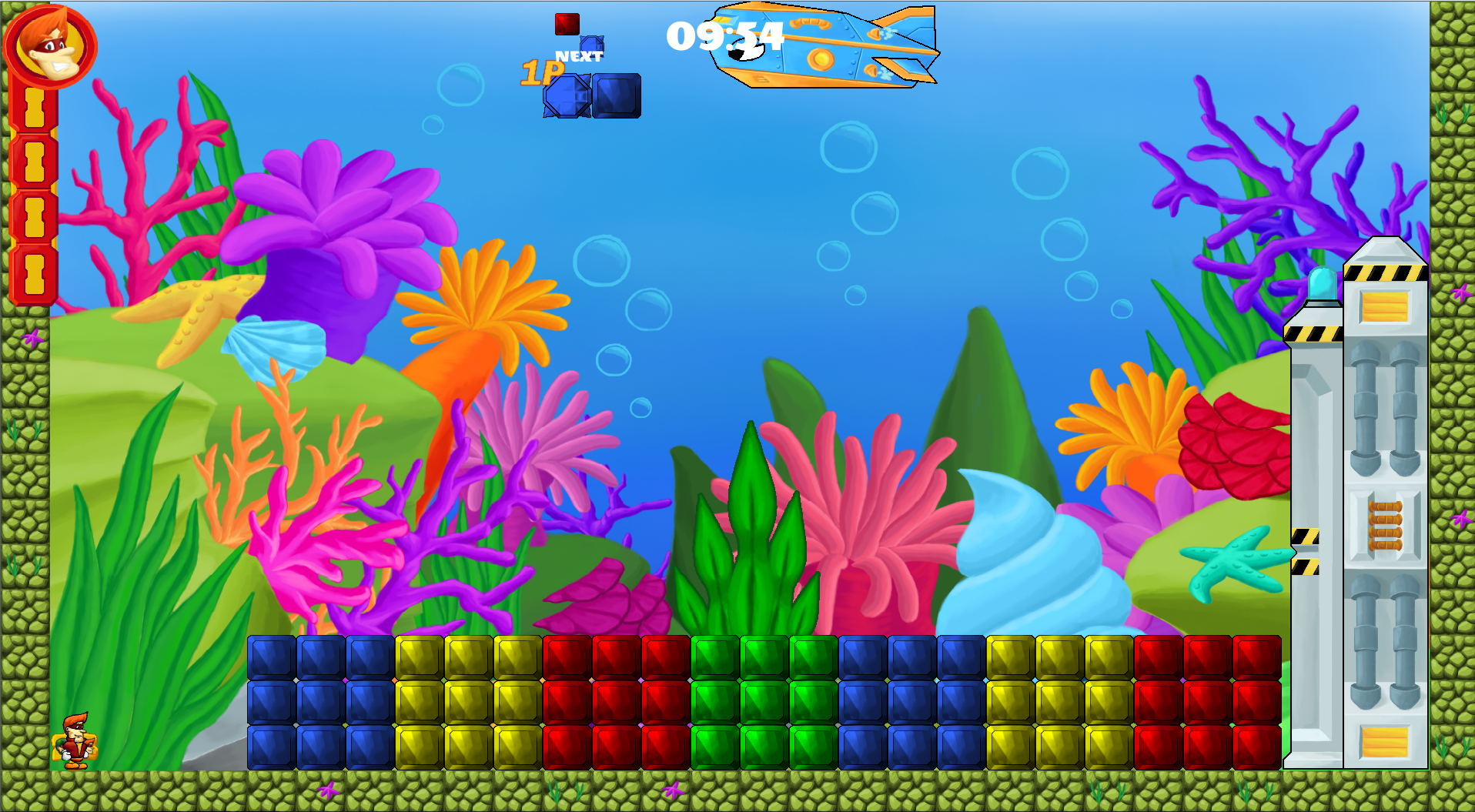 As the heroes make their way to the door, the boss swims back and forth dropping breakers. This can make the boss very easy or very difficult depending on how you build your way to the door's weak point.

The Oceantide Channel was a fun area to design, because coral doesn't necessarily follow any kind of patterns or rules with regard to shape or colour. This meant I could draw random shapes with different colours and still use them as part of the environment art. 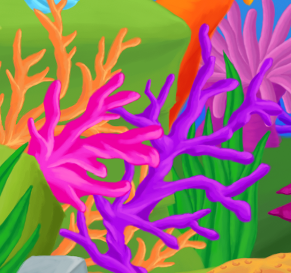 The seaweed was kind of tough to design. I had to make a decision as to whether or not it would appear on top of or below the blocks. In the end, I chose to have it appear underneath the blocks. Although this can affect the player's ability to tell when the wave is coming through, having the seaweed on top of the blocks prevents the user from seeing what he or she is building underneath, which in turn interferes with the core gameplay of the game itself. I compensated by making the seaweed quite large, to lower the chances of covering it up entirely. 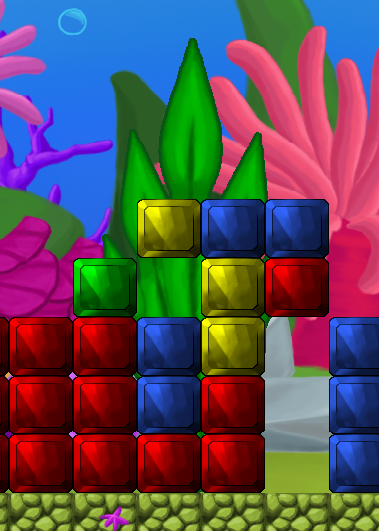 This boss, like the one before it, required me to animate a turn. However, because his turn is faster, I didn't need to draw as many frames. His relatively simple shape also made it quite easy to animate the turn. Turn animation notwithstanding, this boss was a cinch to draw, because neither the boss itself nor the door required any real animation.

I originally envisioned an area that would take place above the water, on a sailboat. The ocean currents would instead have been wind currents, indicated by the movement of sails in the background. This was going to require a pirate-shanty style background theme. However, the appeal of drawing coral was too strong, and I redesigned the area to take place underwater. This necessitated a shift away from a pirate theme to a more mellow and mysterious sounding theme.

I started off with a slow violin intro punctuated by piano hooks, to capture the feel of descending into the deep. I then added flutes because, to me, they sound melancholy. The trick was deciding the pace of the flute melody. Originally, the track remained quite slow, but I found that it began to sound tedious about halfway through. For this reason I added a soft percussion track and sped up the melody once it kicks in. This, in turn, helped me come up with the final brass flourish at the end of the track.

Let me know what you think! Feel free to check out the store page and wishlist if you're interested!