Once they leave the Mechafolk Factory, the Building Block Heroes find themselves among the bright neon lights of the Mechafolk Capital City. In this article I talk about the area itself and some of the design decisions that went into it.

Once they leave the Mechafolk Factory, the Building Block Heroes find themselves among the bright neon lights of the Mechafolk Capital City. In this article I talk about the area itself and some of the design decisions that went into it. 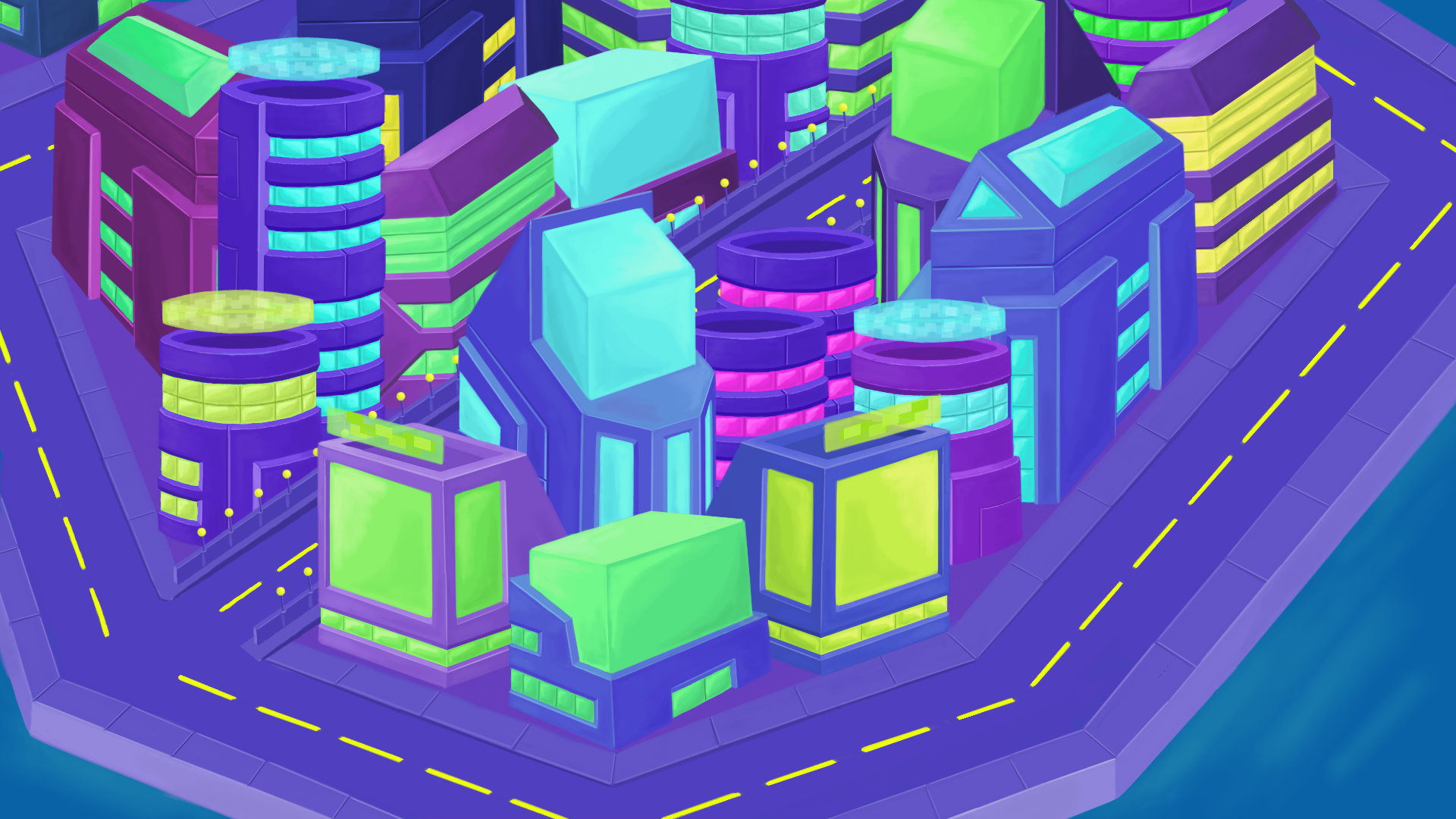 The Mechafolk Capital City is a flashy metropolis whose multi-coloured neon lights assault the senses. 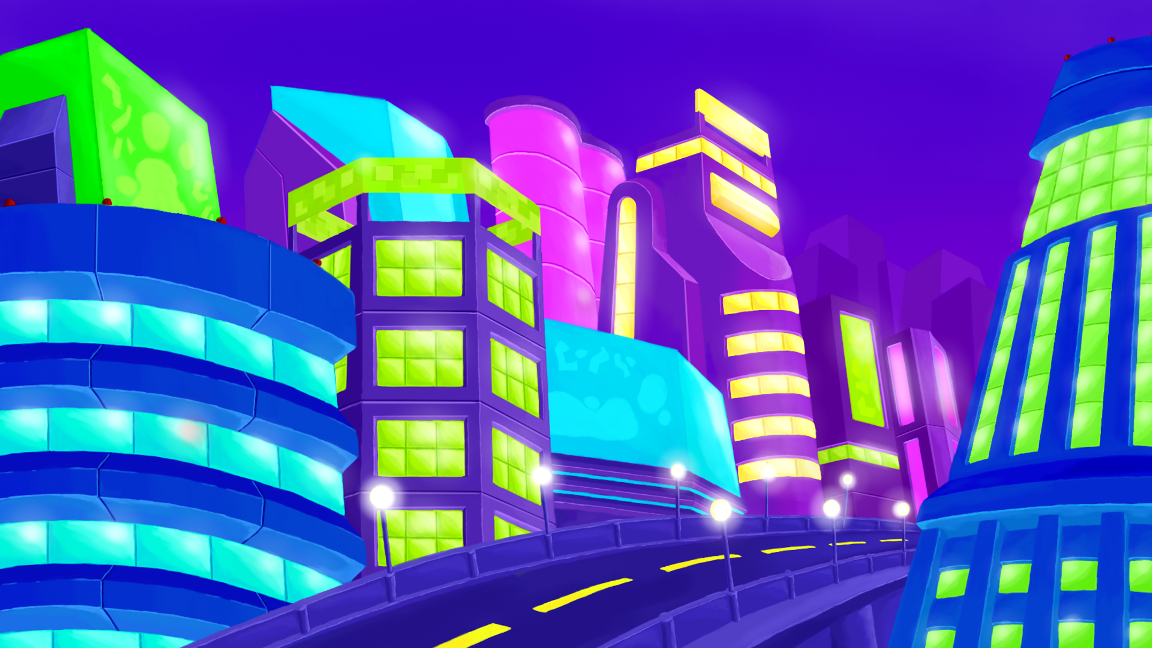 For those of you that have played the original Sonic the Hedgehog game, you might recall the Starlight Zone, which essentially provided a respite from the difficulty of the zones before and after it. I went for something similar in the Capital City area of Building Block Heroes. There are no new gameplay hooks for this particular area - instead, I just got a bit creative with the level designs and tried to make the music easy to sit back and listen to (more on this later). 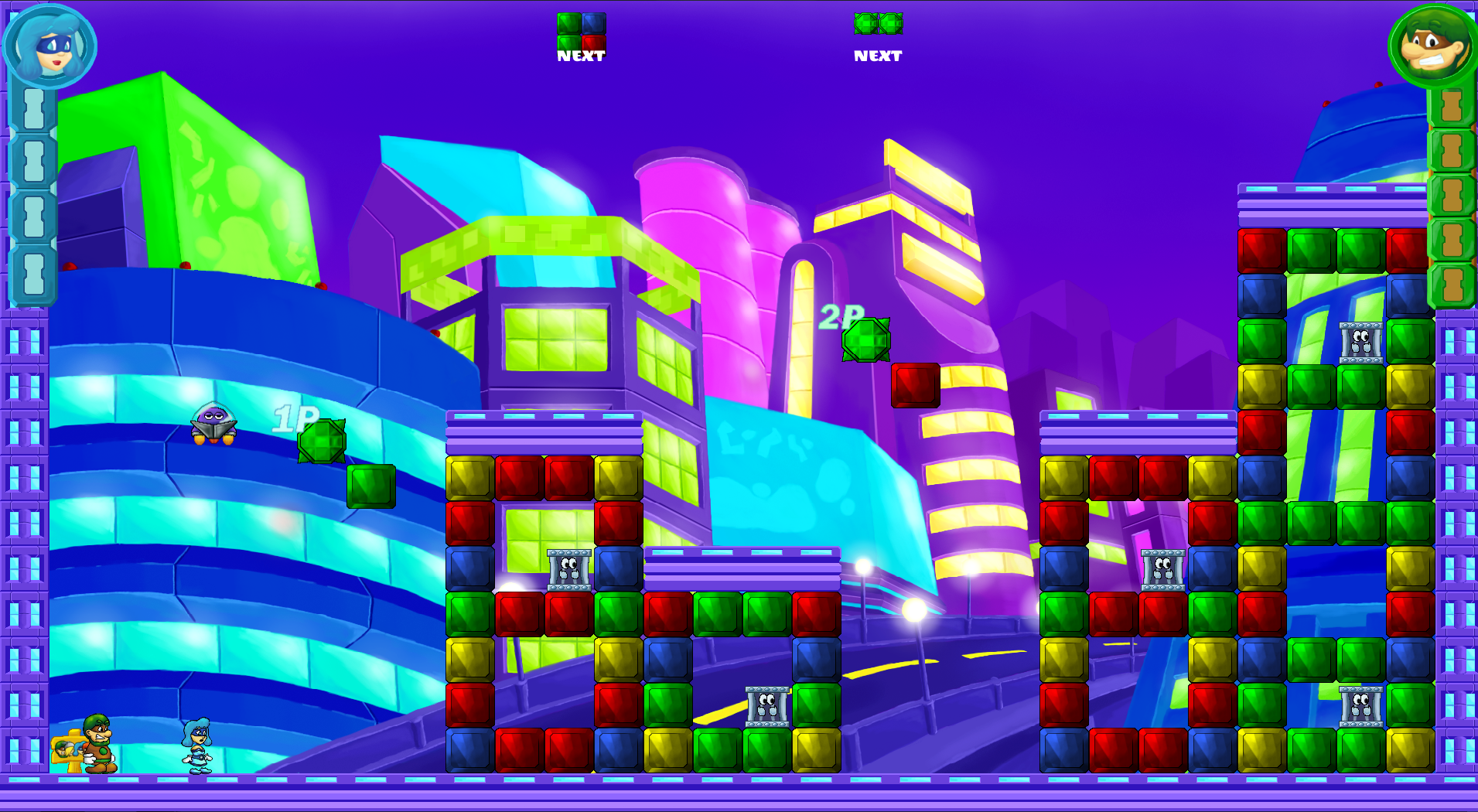 To emphasize the city theme, I created a few levels that are reminiscent of city skylines. They aren't even that difficult, they just look kind of neat. 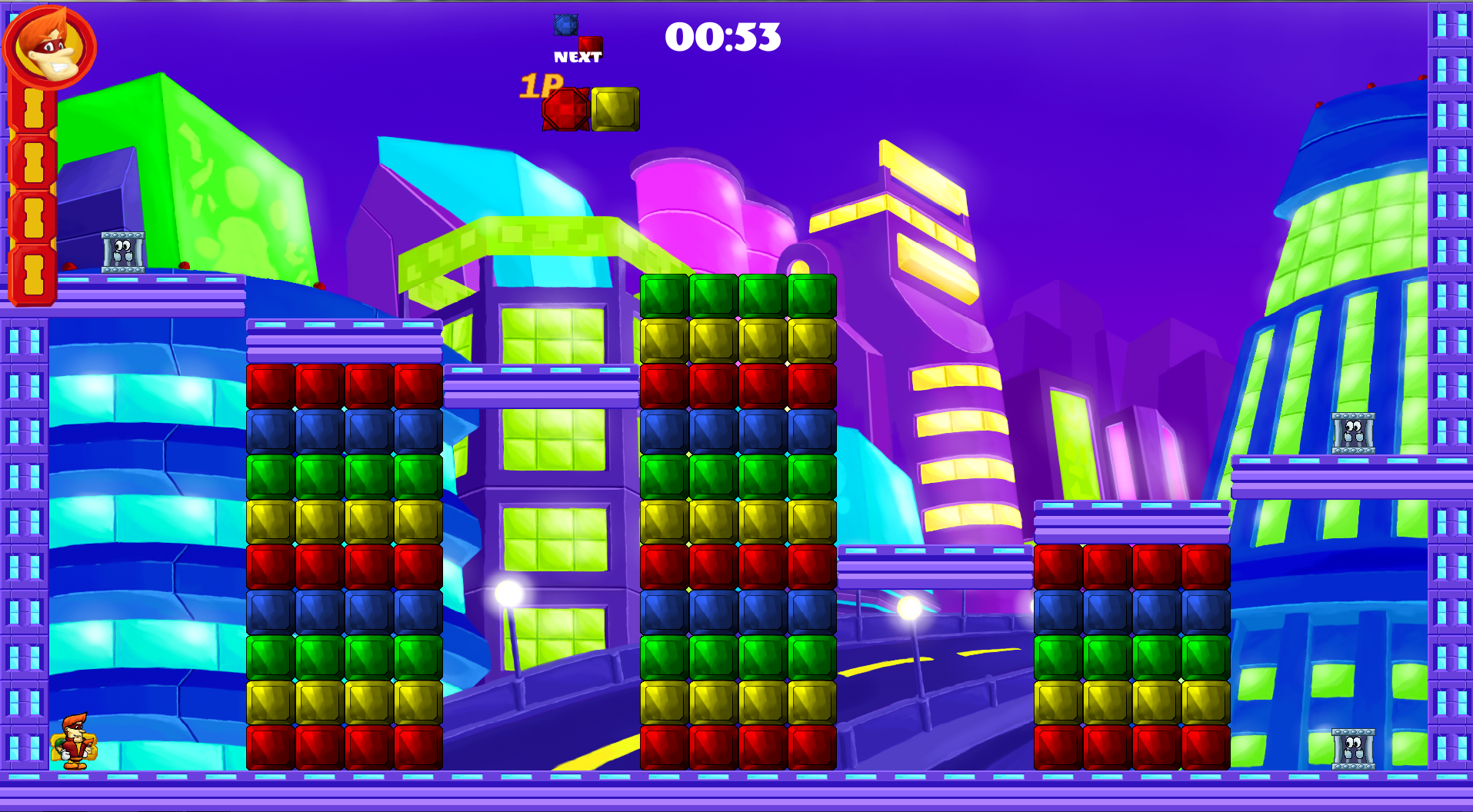 The enemies move diagonally, which makes them a bit less predictable than previous airborne enemies, but otherwise aren't terribly difficult to deal with.

The boss, unfortunately, doesn't follow the same mellow, laid-back vibe of the rest of the area. The boss of the Mechafolk Capital is a jet-shaped Mechafolk who doesn't like to sit still for long. 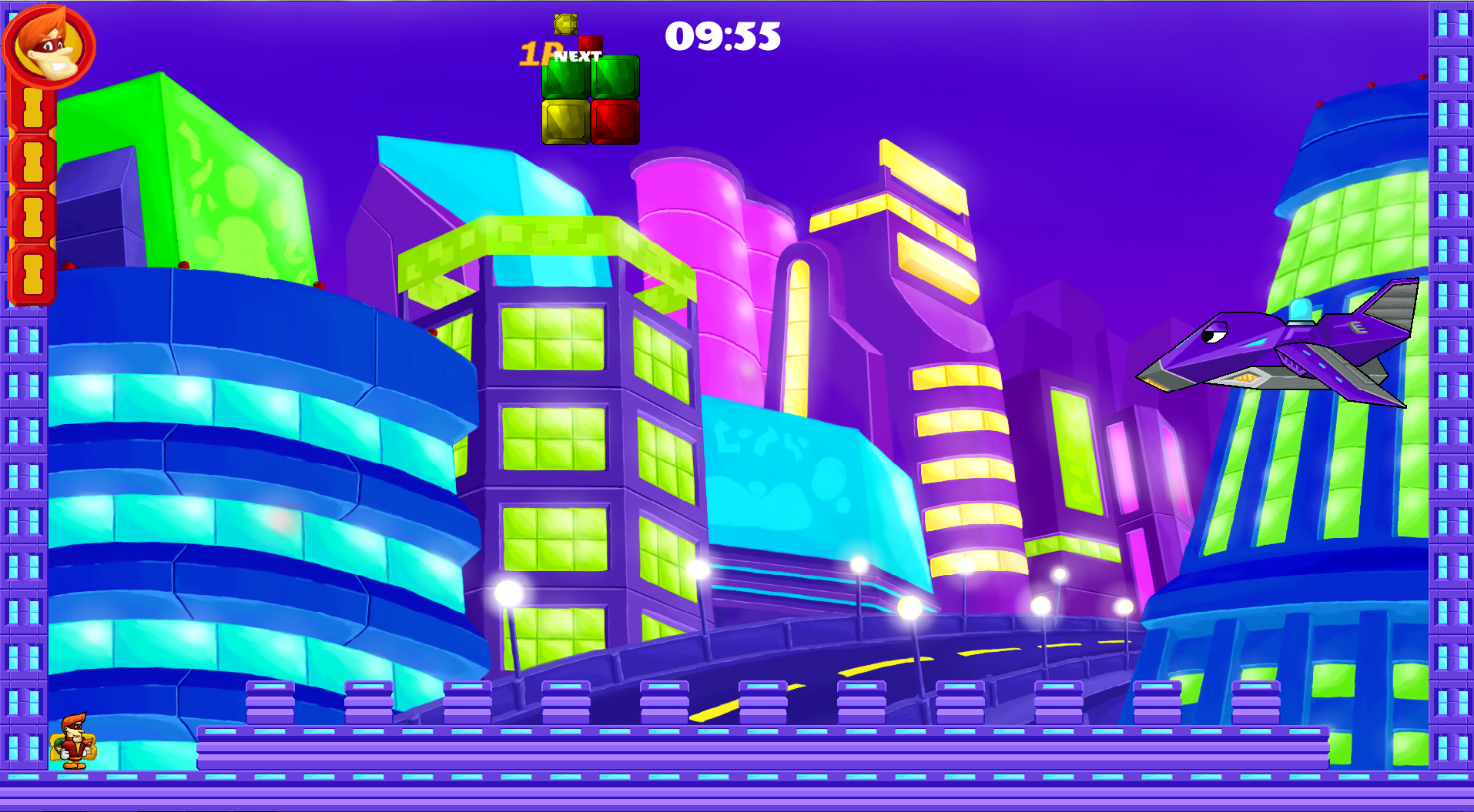 This boss flies back and forth across the screen at regular intervals, smashing any blocks in his path. He zooms back and forth frequently enough to prevent the player from simply camping on one side of the screen and running to his weak spot, so the Building Block Heroes need to get a bit more creative in their approach.

Because the Capital City doesn't introduce any new gameplay elements, I had to increase the saturation and contrast of the colours used in order to distract the player. For this reason, the lights of the buildings use neon colours that might hurt the eyes if you stare at them for too long. 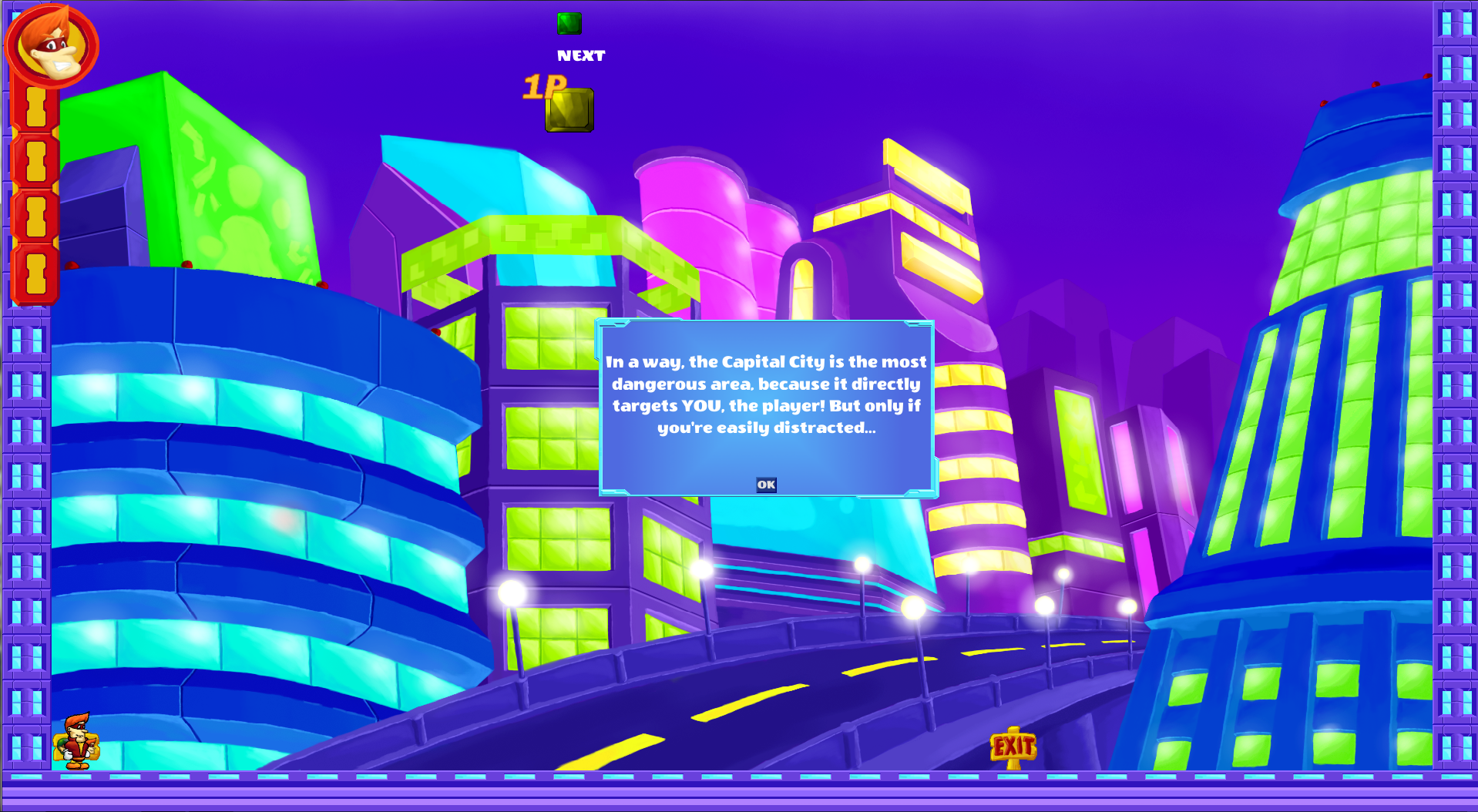 The boss was probably the most difficult to draw, because I had to animate his turn. This required me to carefully draw all of his features at the proper angles, which forced me to make sense of the sketch below. 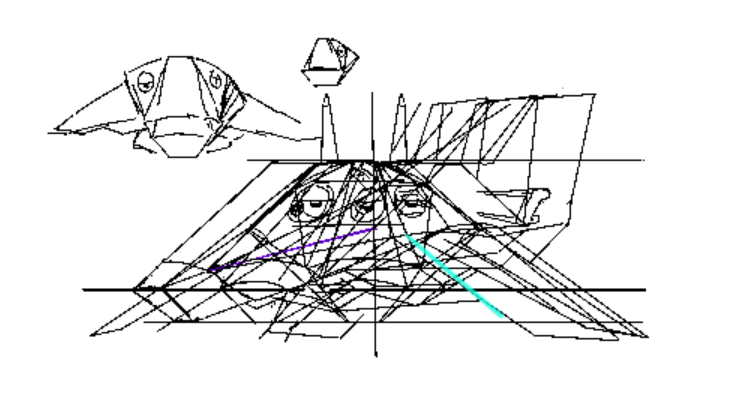 Needless to say, it took me a while to get it done.

I deliberately wanted the music of the Capital City area to be relaxing and reminiscent of a piano bar or jazz bar, so I used a mellow piano hook and a catchy bass line to set the tone. For the percussion I used a TR-808 beat to give the whole thing an almost 80's-style vibe, since the pink and purple reminded me of a vapourwave aesthetic. I then topped off the song with a jazzy saxophone theme to punctuate the relaxing nature of the background music.

The Steam store page is also up, so feel free to check it out and wishlist the game if you find it interesting: