It's that time of week again, and this week I describe the fourth area of Building Block Heroes, Icygale Glacier! Featuring the most annoying enemy in the game.

It's that time of week again, and this week I describe the fourth area of Building Block Heroes, Icygale Glacier!
Featuring the most annoying enemy in the game. 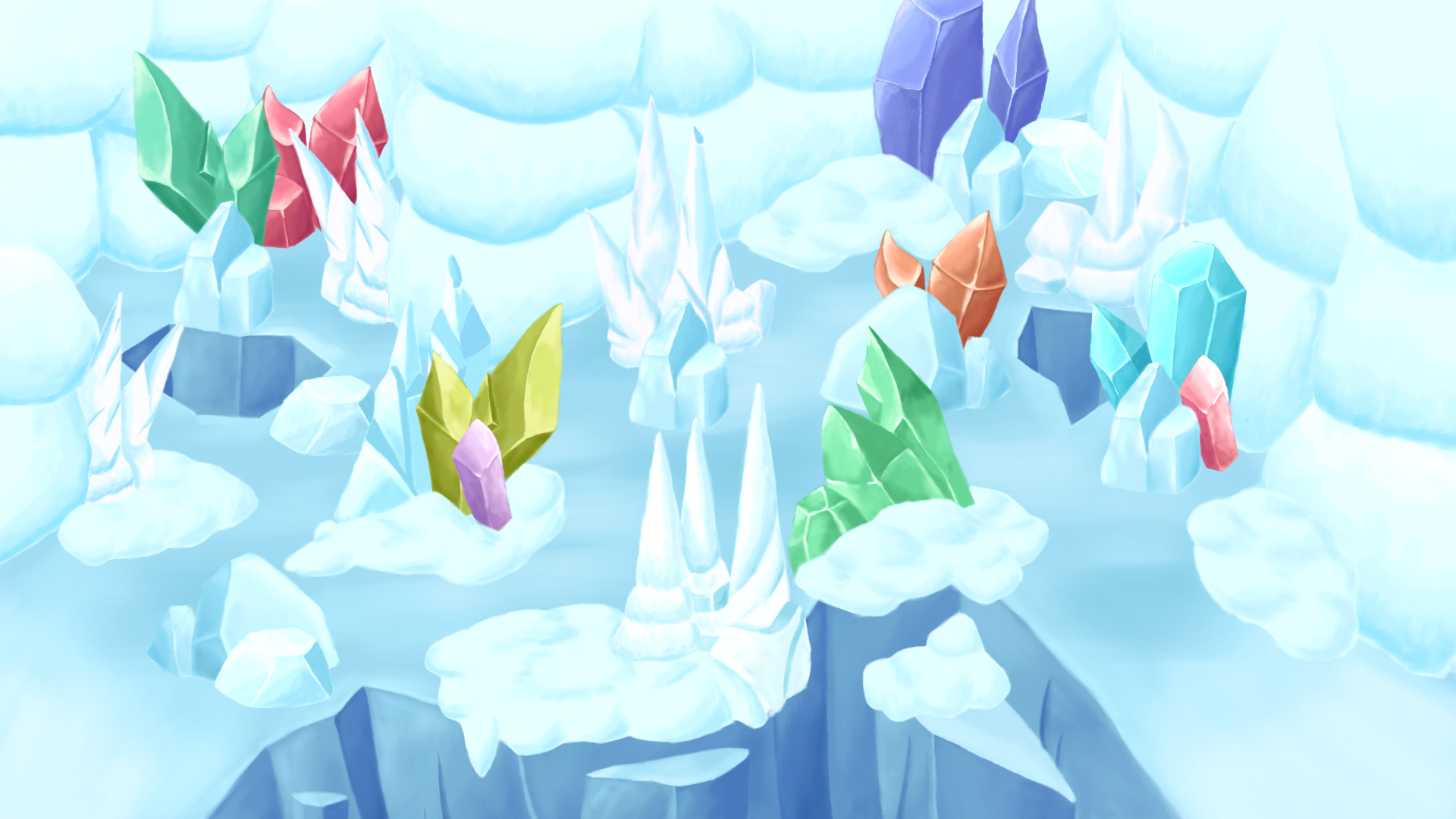 Icygale Glacier is a twisting cavern of ice and snow flanked by stalactites and colourful crystals. 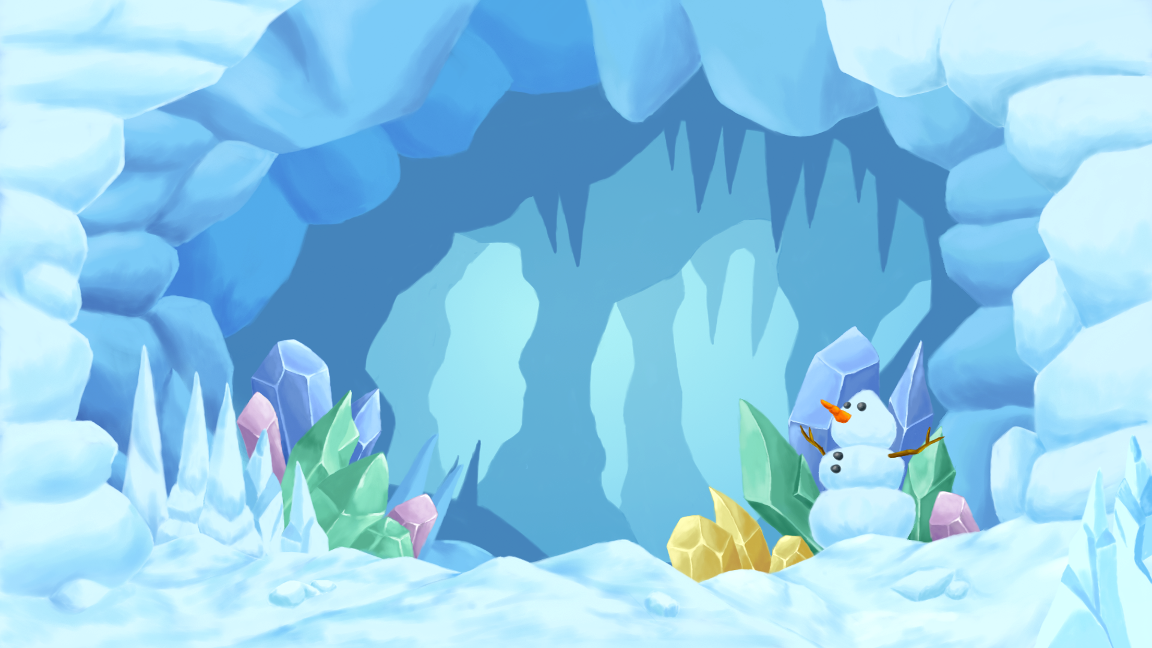 Unlike the previous two areas, Icygale Glacier does not introduce any new blocks. Rather, the main hazard in Icygale Glacier is the fact that the ice makes everything slippery! The Building Block Heroes slide around as they run through the levels, meaning that pits become even more dangerous!

Of course, this means that pits are everywhere in the levels that comprise Icygale Glacier. 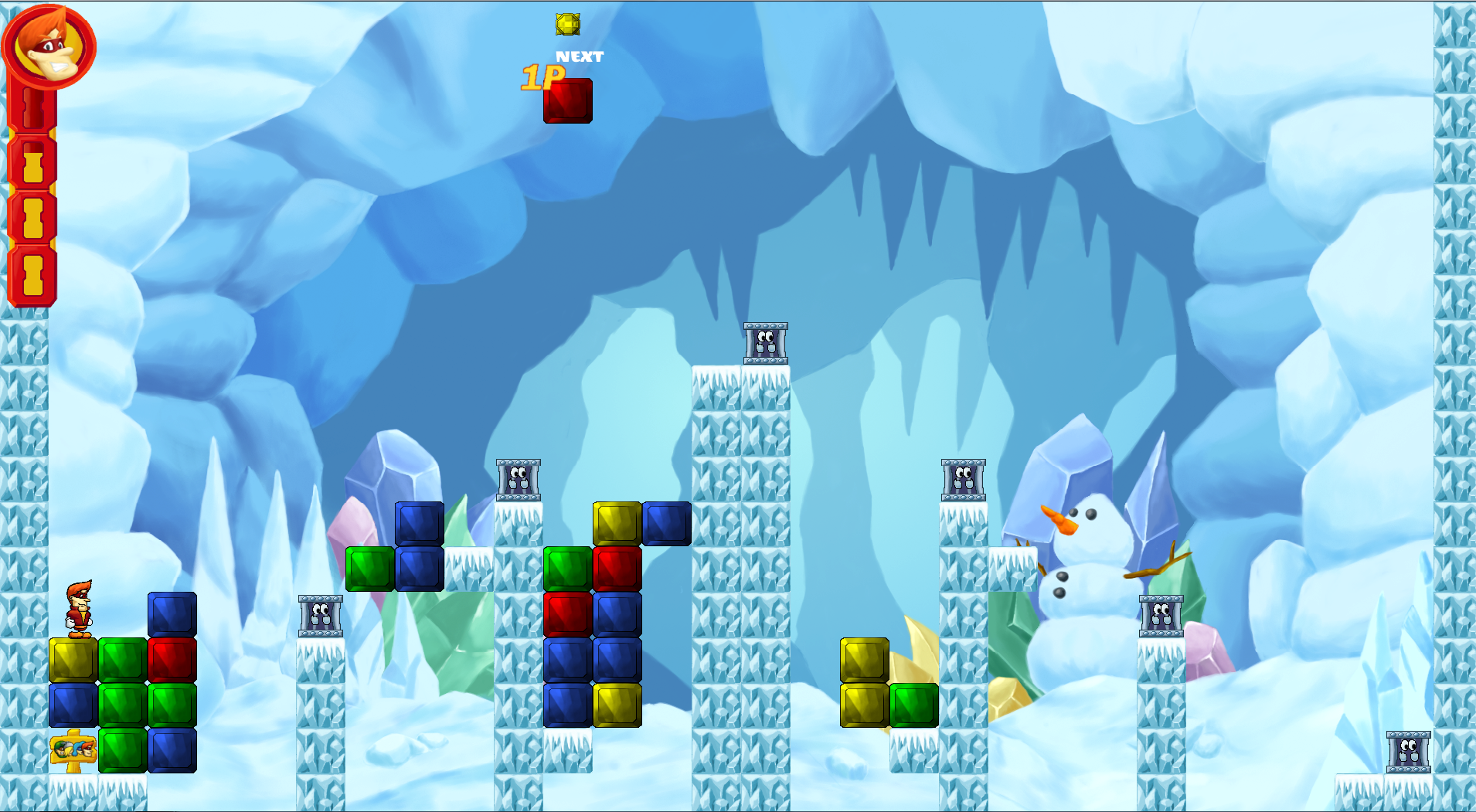 Icygale Glacier is the one area in the game whose enemies actually launch attacks. The enemies here have an annoying tendency to shoot icicles from the top of their heads, which eliminates the block above them and causes the rest to come tumbling down. The effect definitely adds up when there are multiple enemies on the screen, and can throw a wrench in the player's plans as they painstakingly build platforms.

As if the pits in the glacier weren't annoying enough, the fourth boss in the game tries to make them worse! As the Building Block Heroes make their way towards him, this boss likes to hammer on the sides of the glacier, causing enormous icicles to come crashing down. These icicles are conveniently located over pits and between them, making it even more treacherous to traverse them! 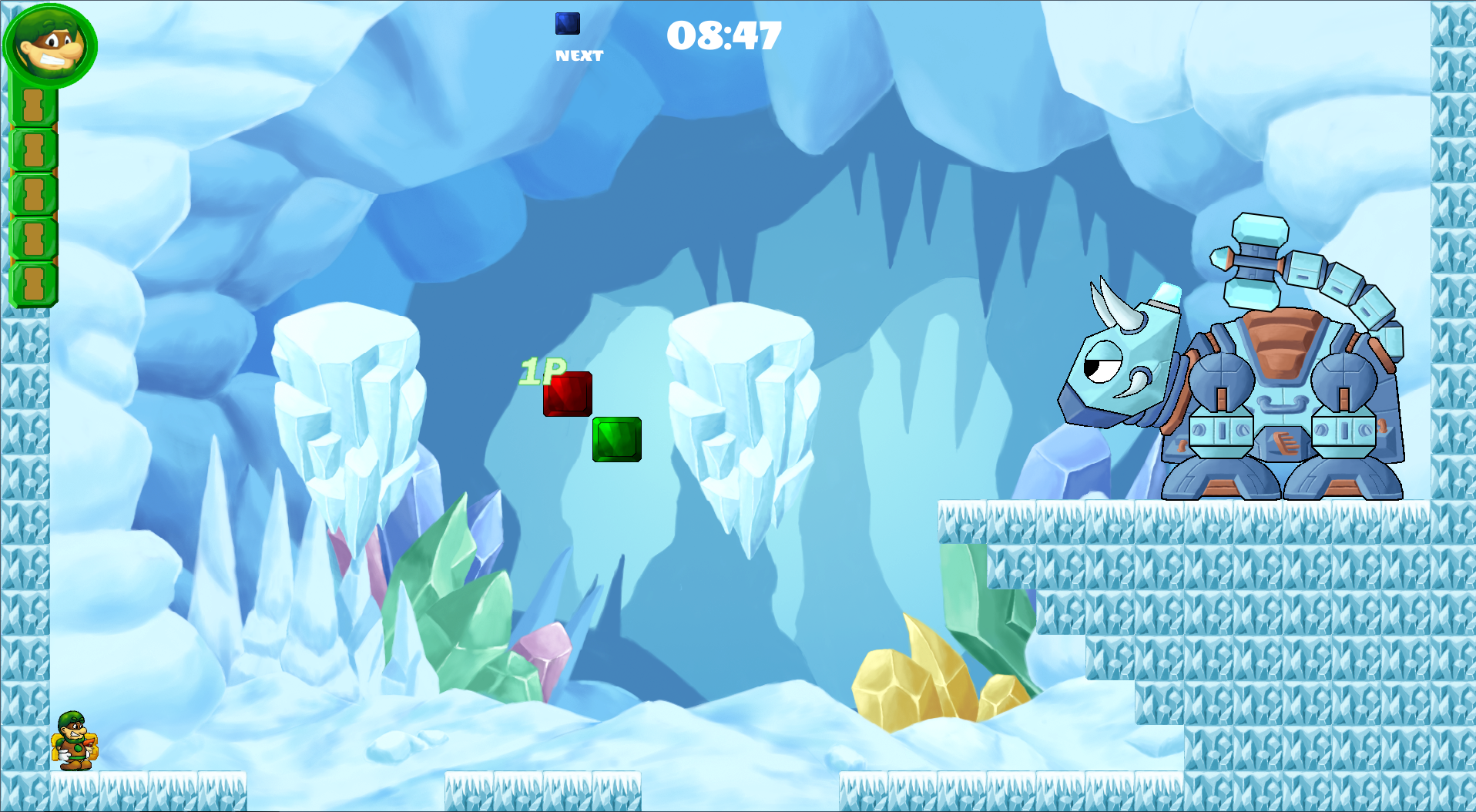 In this area, white and light blue definitely dominate the colour scheme. This automatically gives Icygale Glacier a unique feeling compared to other areas in the game. The trick was to design the area without letting it become too monotonous to look at. For this reason, I added colourful crystals around the scene. They match nicely with the stalactites and icicles, and add a dash of colour to an otherwise mostly white/light blue motif. Just for fun, I added a snowman! The carrot adds a dash of colour, and it was fun to paint! 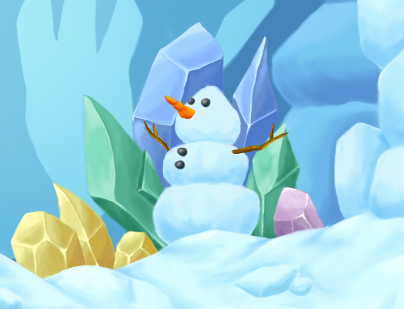 The thumbnail really highlights how the white/light blue colour scheme dominates everything. Thankfully, the coloured bits still stand out!

The music intentionally evokes a wintery-sounding theme. I noticed that both Christmas music and other snow/ice levels in games tend to make use of jingle bells and xylophones quite a bit for percussion. Best of all, they also make copious use of french horns! Once I nailed the percussion beat down, it wasn't too hard to conjure up a melody. I went for a jolly sounding theme (complete with tubas!) to keep in line with the Christmas-style feeling.

Let me know what you think! In my opinion, Icygale Glacier is up there with Freshleaf Forest as the most eye-catching and appealing area in the game. I hope you guys enjoy it!