I've spent the last few features talking about what lead up to Building Block Heroes, but not much talking about the game itself. So for this feature, I discuss the characters in the game, their abilities, and how I designed them.

I've spent the last few features talking about what lead up to Building Block Heroes, but not much talking about the game itself. So for this feature, I discuss the characters in the game, their abilities, and how I designed them.

Since there are four block colours in the game, the four-colour motif appears repeatedly in the game. The character selection is no exception to this rule, and I designed the characters to represent the four elements, which themselves are represented by the four flavours of block in this game. 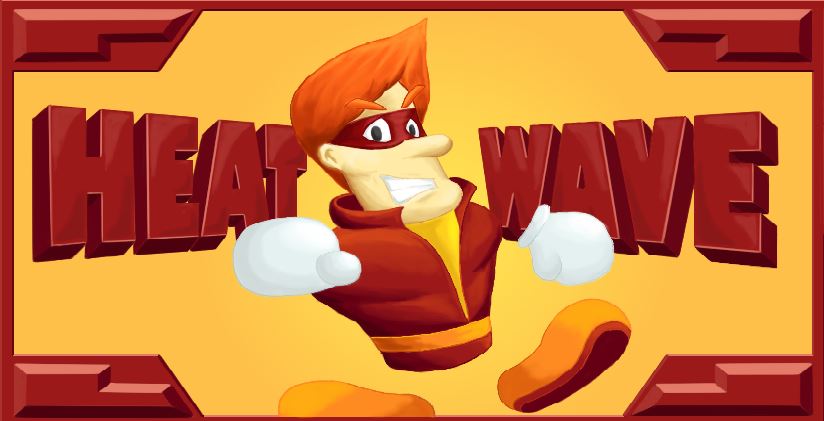 Heatwave is the leader of the Building Block Heroes and represents the element of Fire, as well as the colour Red. I designed this character to come across as dynamic and flashy, kind of like fire itself. For this reason I gave him spiked red hair and popped his collar to make him appear more flamboyant and cocky, kind of like a 50's-era biker or something. The popped collar was actually a challenge when it came time to animating Heatwave's run animation, however.

Although the characters don't have limbs, I still animated their bodies rotating as they run. Not doing this made their run animations more awkward and stiff (with the exception of Dirtbag, which will be detailed below). The popped collar made it somewhat awkward when drawing Heatwave's body from different angles.

Heatwave's ability allows him to dash horizontally across gaps. He can dash across a gap one block wide from a standing position, and two blocks wide if the player is walking in the direction he dashes in. 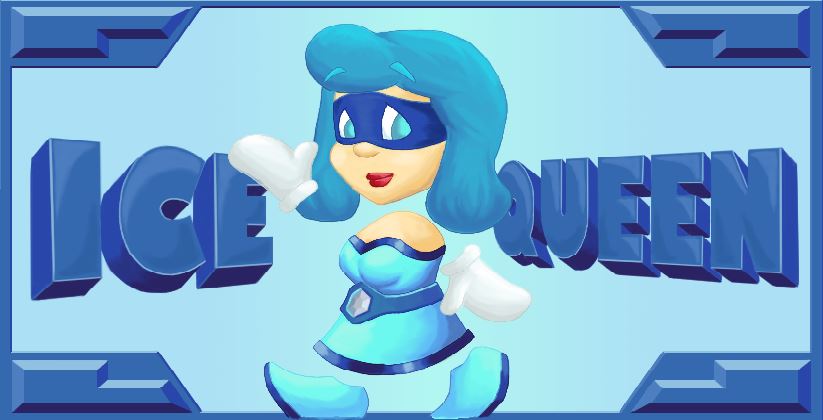 Ice Queen is the token female teammate and represents both the element of Water and the colour Blue. To emphasize her uniqueness among the Building Block Heroes, I gave her a cute dress and made her walk animation more dainty than the others.

Ice Queen is probably the most difficult character for me to draw because her features are less exaggerated than the others. Apparently this is a common thing among artists - difficulty drawing the opposite gender. The main difficulty was getting the shape of her head right without making her look masculine. I tried to enlarge her forehead and emphasize the roundness of her cheeks in order to prevent this problem.

Ice Queen possesses the ability to create blocks of ice out of nowhere. These blocks act like normal blocks, but are "colourless" - they can be destroyed by any colour of breaker or any chain of blocks. This must be kept in mind when making use of her ability. 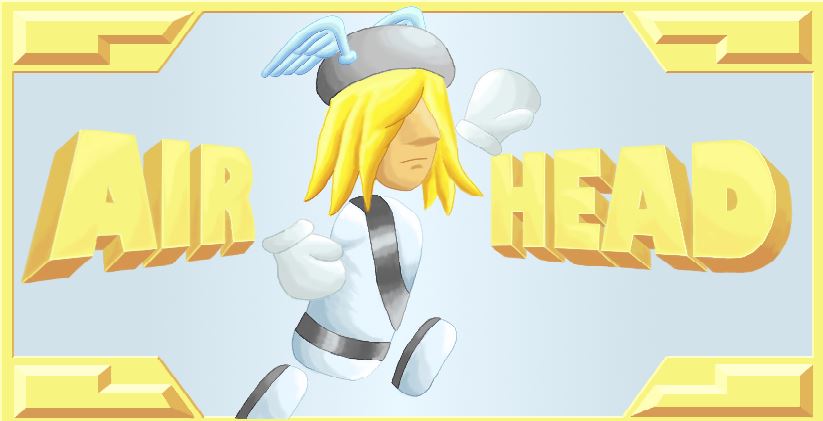 Airhead is the quiet one in the group and generally doesn't think too much about anything other than flying through the air. Naturally, he represents the element of Air, which is depicted by the colour Yellow because Blue was already taken. I designed him to look like a typical surfer dude, but gave him a winged helmet to emphasize his affinity with air and flight. If you look closely, the wings flap when activating Airhead's ability.

Airhead's ability allows him to soar through the air and overcome taller obstacles than normal. Depending on how long the player holds the ability button down, Airhead can leap over barries two or three blocks high. 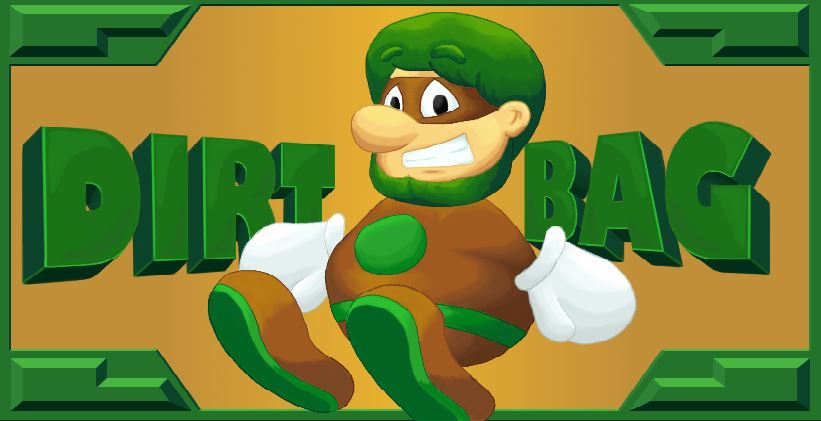 Dirtbag is the oldest of the Building Block Heroes and is the comic relief of the group. He represents the element of Earth and the colour Green. He was meant to look like a jolly old man, so I gave him bushy hair and a neckbeard. His rotund body and comic relief role made it a bit easier to animate him, because it made it possible to exaggerate everything he does.

Dirtbag bounces a lot more than the others when he runs, and his body doesn't rotate in the same way because he basically hops around rather than running normally. His jump and fall animation were also simpler, because he just drops rather than trying to land on his feet the way his teammates do - Dirtbag doesn't give a damn.

Dirtbag's ability allows him to destroy blocks underneath him if he's standing still, or blocks to the side depending on which direction the player is holding. This allows the player to access paths that might normally have been blocked (no pun intended).

Long story short, the designs of the Building Block Heroes are meant to complement each other. The individual abilities of the characters reflect this concept. Heatwave moves horizontally, Airhead move vertically; Ice Queen creates blocks, Dirtbag destroys them. Push and pull. This is to encourage teamwork when playing with two players, and experimentation when playing alone.

I hope this article has been an interesting read! As always, feel free to let me know your thoughts.

This is really cool! I like these characters, and the concept of it!

Thank you! It means a lot that you took the time to read the article!

I'm actually not entirely sure when a demo will be ready, so I don't want to make any promises just yet. Every time I finish something I realize there are two more things I have to do. I'll be sure to post about it when I do manage it though. Thanks for the interest!

np pal, i really love your characters. well there be a story to go along with them?