Once I was looking at some concept arts for Far Cry, and I've found something interesting...

Look at them. Can you see something?
Alright, let's take a closer look: 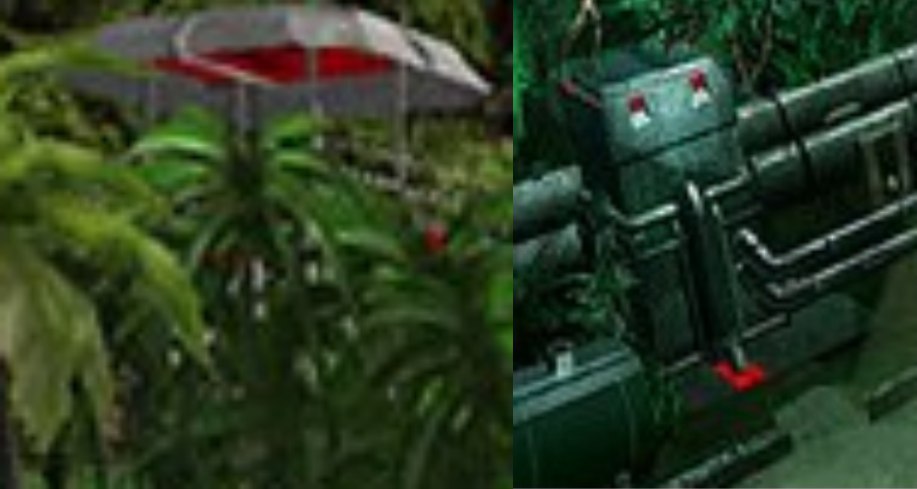 So, you may ask me: what the hell is this?

If you are a mapper, a modder or you have opened the Sandbox editor at least once, you should probably know the "REPLACE ME" texture and it's purpose.

So what am I talking about?

The "REPLACE ME" texture is present on some concept arts, which means that those concept arts are based on actual screenshots of the game.

So, I opened the editor and began to compare retail level "Dam" and it's concept.

The first thing which I noticed immediately was the garage or entrance to Krieger's office. 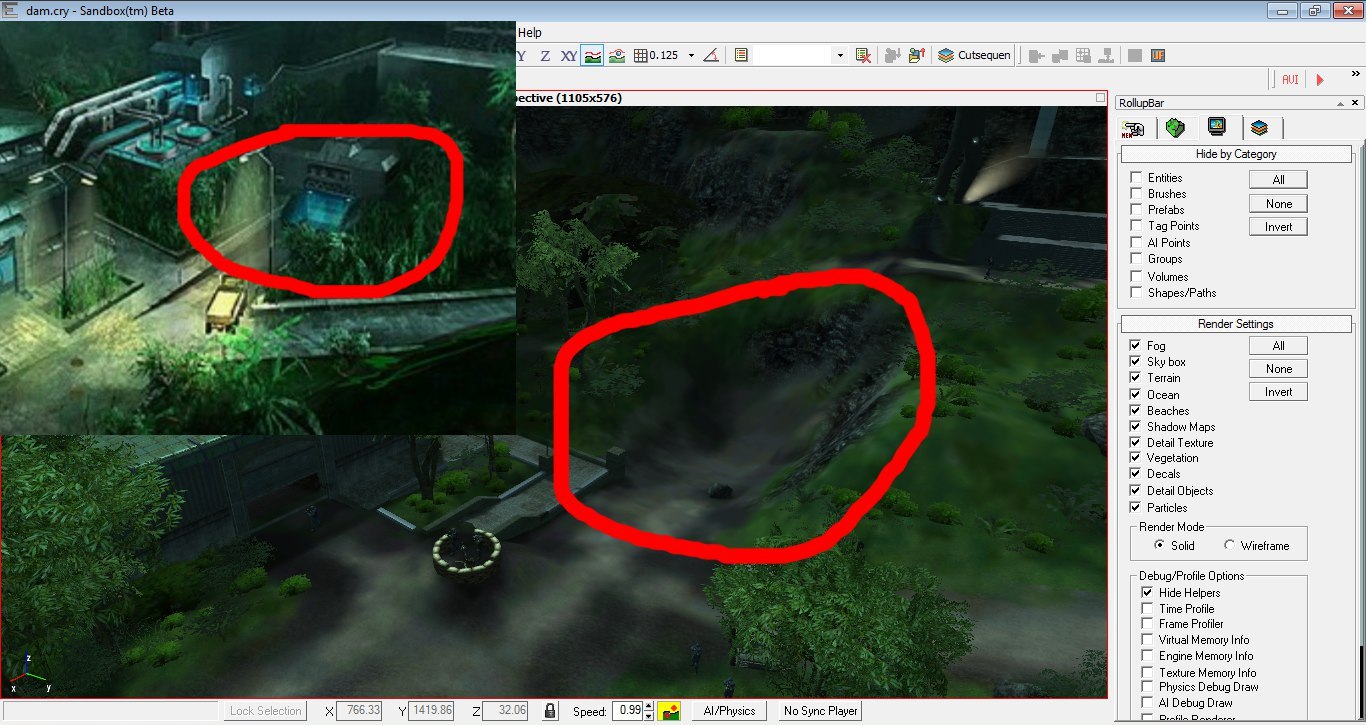 I don't know what is this, maybe complex, maybe something else, whatever, but look at the form of landscape: 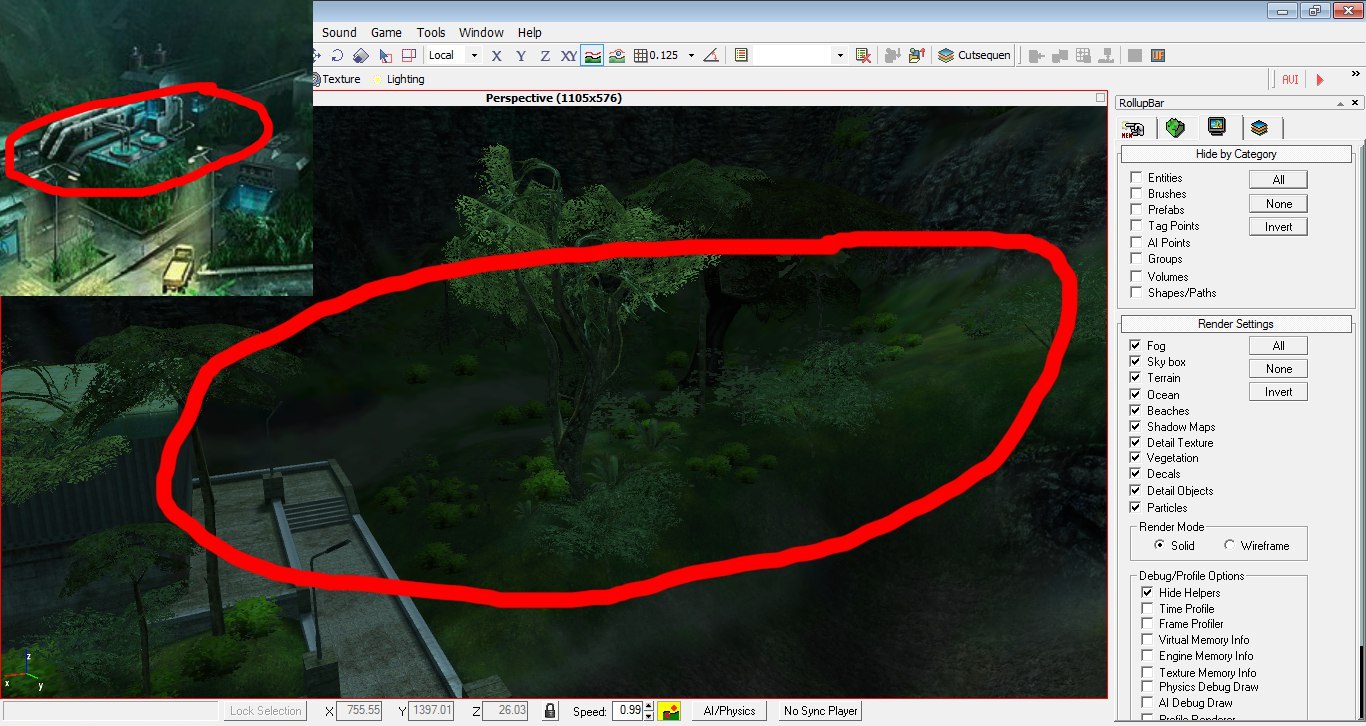 So, finally I compared the screenshot and the concept, and I found them 85-90% similar:

After I started to remake the level's old version, I noticed one more thing: 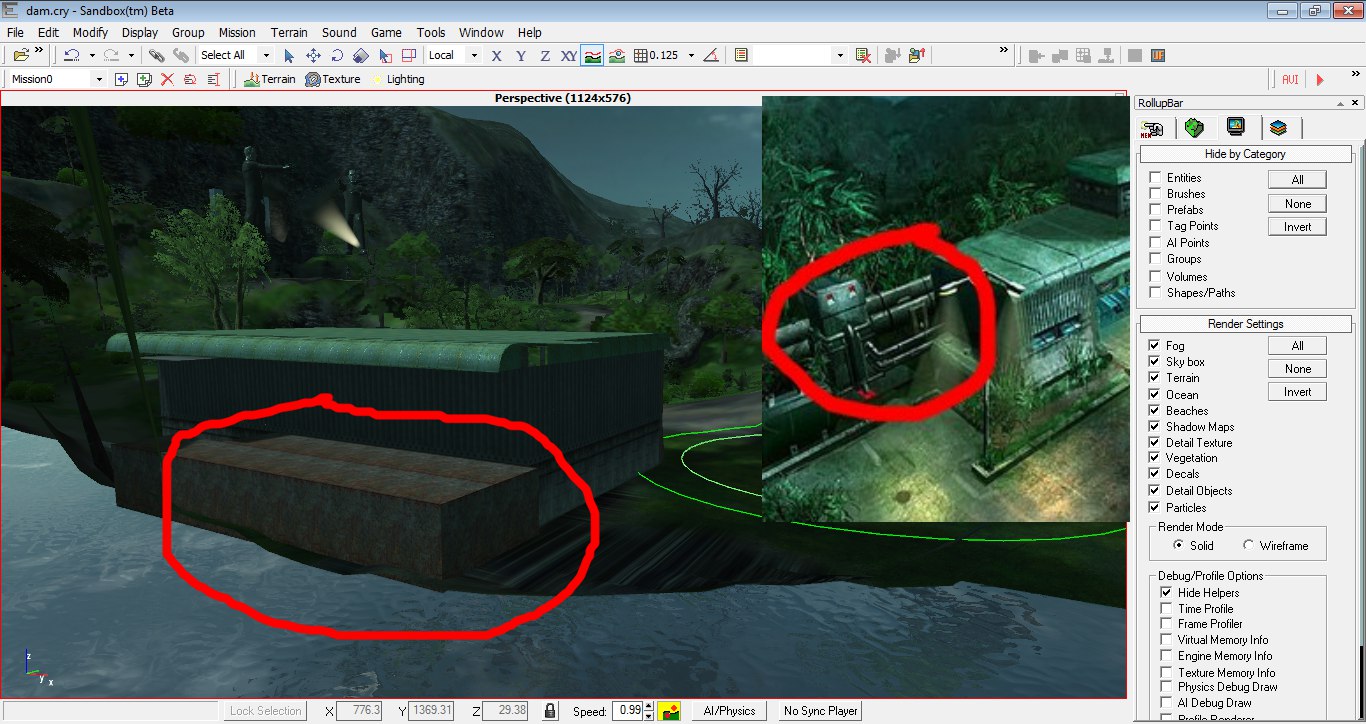 Underground, behind the building there is some kind of a stand, most likely meant to hold the pipes behind this building, which are depicted on the concept.

And finally, a small detail on another concept of Dam: 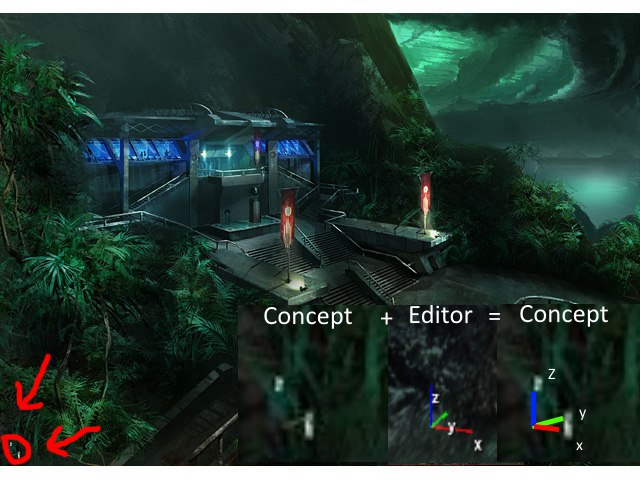 So, what's the point of this article?

I just wanna say that, first of all, it became interesting for me to compare beta and final version and I wanted to share my discoveries with you. Secondly, it means that we can restore the old level from it's concepts so it could be played in the final version of Far Cry.

Yes! I love those kind of things. Where did you get the concept arts? Must have taken a lot of time to find. Keep it up!

Also, the concept arts look a lot better than was was shipped in the final release.

Great stuff man! Hopefully this can be restored

I look forward to seeing what you can do with this mod! :)

Thanks :)
I hope I restore this level :D

Like others have said, awesome work! Also, it looks very interesting!

Btw: Do you have some links for those concept arts?

I give link early to void.mod
Vk.com

Holy hell first time ever that i see those, absolutely amazing, wish there was a way to remaster the old far cry in cryengine 3

Thanks for the link!

I would prefer Cryengine 2 since I like it much more than Cryengine 3. Also, there are newer versions of Cryengine so maybe it would be better on some of the latest versions.

Wow. The concept art jungle looks 10x better than the game. If FarCry could be modded to look more like the concept art without killing the performance it would make a lot of die-hard fans super happy. :)

That concept/beta version of the entrance to Krieger's base looks sick! I hope to see it recreated!