2009 was the year for multiplayer focused mod players, with many new exciting projects to grace us with the releases it was a good year. To be nominated for an award in Best Multiplayer Mod projects need to have been updated significantly during 2009 and be multiplayer focused. Here are the Editors of ModDB's top selection of 2009. 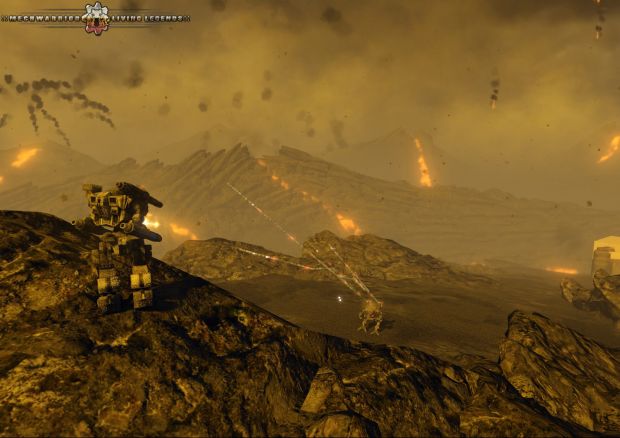 MechWarrior: Living Legends
is a total conversion modification for Crysis. MWLL is at its very core a mix between a First Person Shooter and a Simulation. This will be achieved through the use of a mixed arms massively multiplayer gaming experience where the player takes part in a battle using a variety of vehicles and weapons. 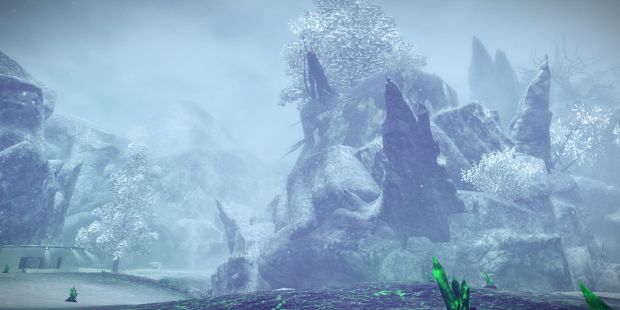 Renegade X
revolves around a war between the Global Defense Initiative, and the Brotherhood of Nod. Each faction would have their own base of operations consisting of buildings. A team had to work together to destroy the enemy base, while keeping theirs intact. By simply switching engines, our team will have fixed many of C&C Renegade's faults. 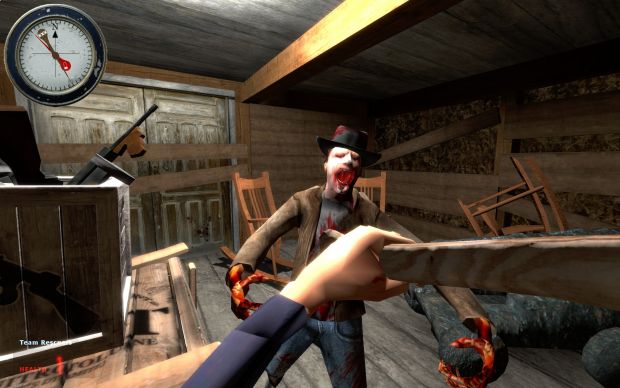 Shotgun Sunrise
is a zombie-riffic vehicular Western of brain-swallowing proportions, yeah? And here's how it works. SEVERAL COWBOYS roam in from the outskirts of town in a TRUCK. The truck seats eight. These cowboys have epic dress sense, by the way. These cowboys are called the RESCUERS. They must ACQUIRE THE ESSENTIAL SUPPLIES OF WESTERN POST-APOCALYPTIC LIVING 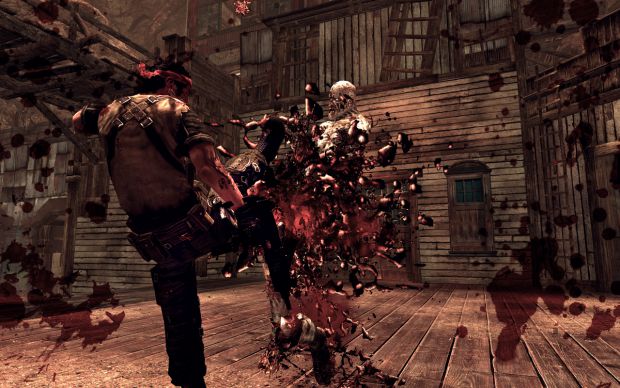 The Haunted
is a fast paced thirdperson horror-action game with focus on a intense multiplayer experience that is all about making a stand and liberating cursed places from the minions of evil. The game features several multiplayer modes such as coop or demons .vs. humans where enemies are spawned and controlled by players. The outstanding visuals lay a perfect tone for the gameplay. 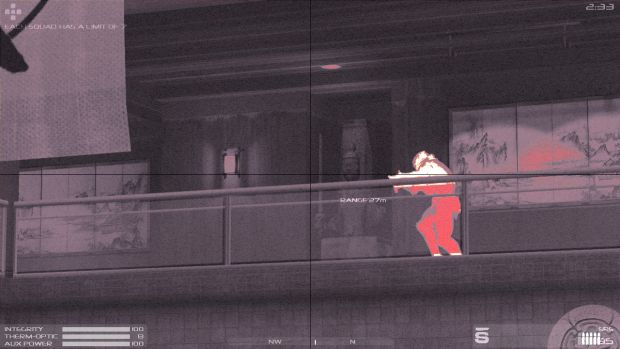 NeoTokyo°
takes place in and around a fictionalized Tokyo approximately 30 years in the future. Mankind has begun to fuse with technology. Government and corporate corruption have transformed Tokyo into a deadly dystopian nightmare.

They are all AWESOME mods I played them all and love them .... I hope neotokoy wins ^^

cool,
I dont think that NeoTokyo can win.
I hope something else win, but unfortunately Age of Chivalry is not in it

I think NT is cool, but I think the other one rulZ more than NT

Agreed, age of chivalry should at least be in. Editors choice sucks.

I'd have to say neotokyo for this one. In terms of multiplayer, I haven't played anything (non-retail) this good for a while!

However, as much as I love the moty's and follow them every year, I find there should be more emphasis on the players' choice, rather than the editors. It is the players after all that make up the majority of the community.

In any case, looking forward to the result!

there are players choice categories too

these are just the staff favorites

I think and hope neotokyo will make the race..
this mod simply kicks ***!

I will give support to Renegade X. MechWarrior and NeoTokyo look cool, too.

I agree. They both look cool, but im standing by Renegade X. :)

I don't care who wins just that NeoTokyo looses. Really it shouldn't even be nominated.

Now that is nonsense, it's a pretty high quality mod, just like the other nominees.

In terms of visual quality it is. But in terms of gameplay quality it isn't. It seems good graphics is the perfect placebo to cover up shoddy gameplay.

It's an unbalanced POS in both the weapons and the gametype itself, with a randomly spawning flag which is always then biased to a team, rather than just being in the middle of a map.

I actually was talking about the gameplay.. From my experience it was pretty well balanced. Challenging, yes, but that's what a game should be like in my opinion.

But erm.. yeah, I don't know. Maybe we've played an other version of the game :P

Yeah, I've played it some, and I definitely find it a well made and balanced mod. No class is really overpowered.
I'm suspecting that these have played the game, failed miserably and thus the game is ****, rather than themselves being bad at playing it.

That's actually a flaw in the game's design. It rewards dominance too much, so if you are doing horribly there's almost no recovery.

Nice to know MechWarriors actually won it though, they deserved it. There aren't enough Crysis TC's out there

Fill this in please
Img136.imageshack.us

Anyway, hope for victory of Neotokyo. But I'm biased :)
All Your Ghosts Are Belong To Us!

All seem good mods, grats to all the developer teams.

Gonna be interesting to see which one wins this time.

Damn remembers me to buy UT3 for RenegadeX ;)

MechWarrior: LL is really cool too, only if it wouldnt crash every 5 minutes :/

Most of the crashes should be fixed since the latest hotfix patches we've released this month.

If you haven't patched since you first tried it on day 1 release try playing the mod again - there's a few crashes here and there but for the majority, many players can now play for much longer periods of time without crashing.

Thanks for all your support guys! :)

We're going UDK over the nest few months, so dont fret if you can't afford UT3 just yet.

We've got a present for ya, ha!

shotgun sunrise was the most funny multiplay this year with the truck.dont let that mod die

Surprised Shotgun Sunrise made it...others were obvious though.

The Haunted is superb, Shotgun Sunrise while fun for a while is pretty low quality (both on gameplay and execution), didn't play Mechwarrior, Renegade-X is pretty fun and Neotokyo is a pretty dull tactical shooter (but high quality content).

I would choose Shotgun Sunrise though, it is innovative.

in my opinion neotokyo or the haunted will win.

but hell who cares all these mods are good right ? :)

best of luck to all

NeoTokyo or Renegade X will win but all games are great

My bet goes to the NeoTokyo, it really has a great atmosphere, for a change.

Shotgun Sunrise deserves to win, if they do they will get a flood of applications. Which they need badly.

I hope Neotokyo wins. All these mods are all good though, it's a hard choice.

Never heard of Shotgun Sunrise before this, but the real question is can it compete with Renegade X (My bet)?

ARGH Damn Editors, give us something that we can actually guess correctly, all these mods are good!

These ALL deserve to be in the top 5!

Congrats to whichever is the editors favorite.

All of these mods are awesome, but my personal favorite is The Haunted.

Did not see that coming...

aaahhahaha ^^^nobody mentiond the winner xDDD

All Look Great and i havn't even tryed them, I say Renegade X

I'm happy for the winner. The staff made a good choice.

As you said, you didn't care who won, so long as it wasn't Neotokyo. So your comment is pretty pointless, you could probably give to flying pigs for the winner. Neotokyo didn't win, so you're happy.

If I remember you were a play tester for NT, and you always told me how great it was until they removed you. After you changed your tune saying how horrible it is. So really it's pointless you don't agree, or that you even made a post.

Wait- an editor's choice I actually agree with? What's going on here?! XD

I reckon MWLL are a good bet for mod of the year, tbh.

Epic awesomeness! Congratulations MWLL team! I've been following you from my first day on Crymod, you really deserve it! (Btw, is Criminal still in the team? :/)

Crim is still on the team yes :)

Although currently visiting Austraila, so he's not able to pay our website bills ( Mechlivinglegends.net is currently down due to bandwidth quotas for the month) :P

It should be up tomorrow though once feburary starts.

Switch to 1&1. They offer unlimited monthly bandwidth on any deal available. I use them and have run sites with thousands of hits a day without even a single second of down time.

I'm surprised again. I thought for sure Neotokyo was going to win. But I haven't played the MechWarrior mod. I keep forgetting I have Crysis :P

I was rooting for NT. It's definitely a top notch mod. TBH though, I don't see why it was MW:LL that got it in the end. From the looks of it, the gameplay video looks fairly bland (Granted, so does Neotokyo's) and the weapons in the videos underwhelming. It looks like an updated version of Wulfram. (www.wulfram.com). Congratulations none the less.

Oh well NT, you keep getting cheated out of awards. :'(

At least you didn't get beat by Shotgun Sunrise, if that had happened I'd had no more faith at all in Moddb's editors. :P