Game features of The Conquerors, an expansion pack to Age of Kings.

Five New Civilizations
In addition to the 13 civilizations available in Age of Empires II, The Conquerors adds five additional civilizations to choose and command, including the Hun, Aztec, Mayan, Korean and Spanish. Each civilization has unique attributes, buildings and technologies, as well as a unique combat unit based on its historical counterpart. 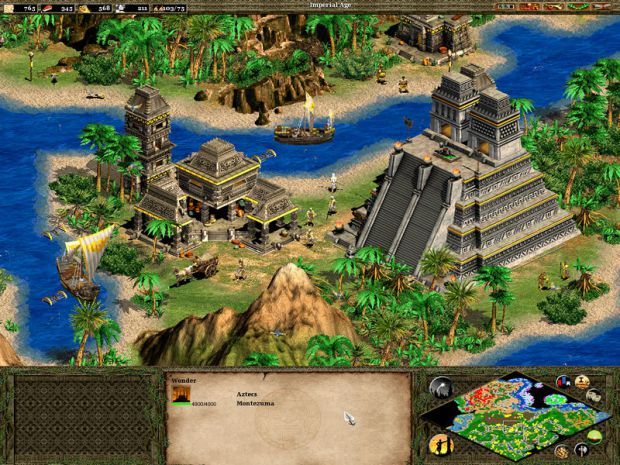 Four New Historically Based Campaigns
The four new campaigns focus on historical figures such as Attila the Hun, El Cid and Montezuma, allowing players to ride alongside the Hun invasion of Europe, battle the Moors in Spain, preside over the siege of Tenochtitlan, or relive eight other battles that became turning points in history, such as Agincourt, Manzikert and Hastings, with such conquerors as Henry V, Yi Sun-shin and Erik the Red.

Twenty-Six New Technologies
While the standard technology tree boasts more than 100 nodes, players now can opt for additional technologies such as caravans, herbal medicine, the thumb ring, heresy, bloodlines and theocracy. In addition, each civilization will have access to new unique technology, such as Chinese Rocketry, Japanese Kataparuto, British Yeomen and Persian Mahouts. 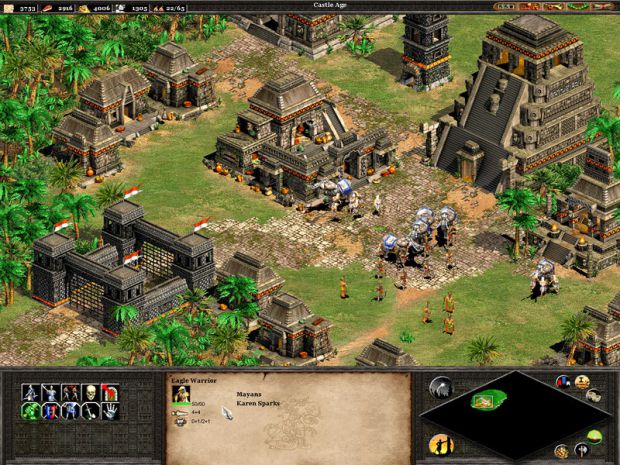 Challenging New Game Choices
Players can invigorate their gameplay and experience a world beyond Deathmatch with compelling new games such as Defend the Wonder, King of the Hill and Wonder Race.

Different Map Types
To make gameplay more varied and competitive, several new maps have been added, including the dense rainforests of Yucatan and the frozen waters of Ghost Lake. All-new Real-World Maps allow players to re-create classic conflicts in geographic areas such as Italy and Japan.

Farms That Automatically Replant
Players can queue farms so they automatically replant after all the crops have been gathered.

Ram Garrisoning
Units can garrison inside Battering, Capped and Siege Rams for protection and to increase the ram's speed and attack. 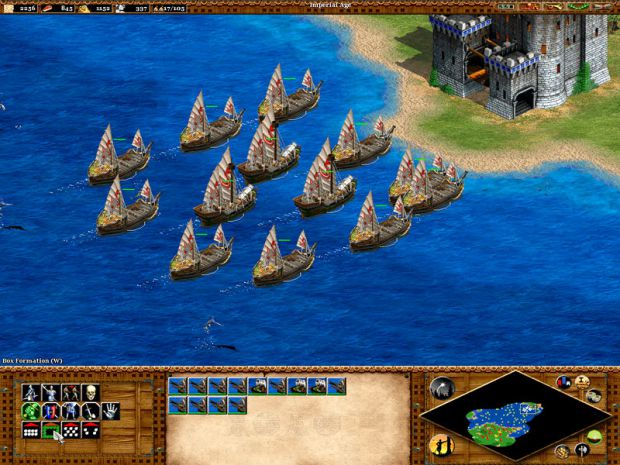 Commands for Allied Computer Players
Players can use chat commands to order allied computer players to attack, pay tribute by offering resources, and build an economy or military.