One of Robo's World 3's minigames, this puzzle-platformer challenges you to collect Power cores and make it to the next level under the time limit! Best of all, it's coming soon!

Posted by BluishGreenPro on Sep 1st, 2009

"Ammo Scramble" is a minigame that was first playable in Robo's World 2. It was very challenging but additively so. It was also became brutally difficult in a very short amount of time. Since Robo's World 3 runs on a new, smoother and more flexible engine then the original, I decided to revisit the minigame making some much needed changes:
Firstly, the graphics are much more shiny!
I also added several new platforming elements that will allow for the creation of several new puzzles. I even added a save feature. (That's right, a minigame with a save feature!)
You will still be able to configure your controls as in the main game.
Best of all, it's coming SOON! Robo's World 3: Ammo Scramble will be available for download as a stand alone game.
I figured that since Robo's World 3 will take so long to make, and the demos I make are so few and far in-between, I'd release a bit of game content that was 100% finished! Look forward to Robo's World 3: Ammo Scramble in the downloads section within a week!
For now, you can imagine the awesomeness from this picture: 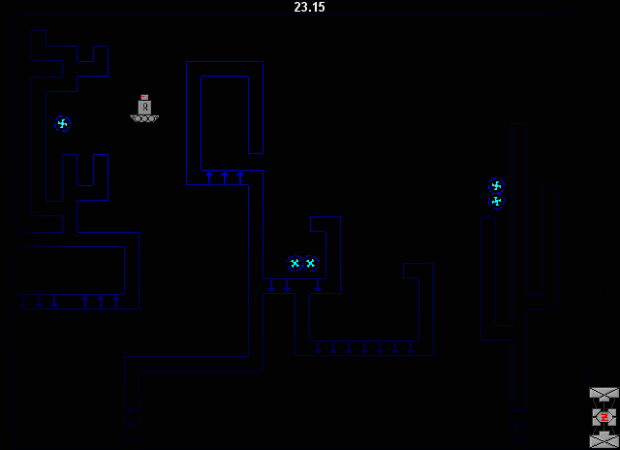