Learn all there is to know about the Air Battle Minigame and its associated achievement!

One of the two Minigames in Robo's World: The Blulite Rocks is the "shoot-'em-up" arcade style "Air Battle". It is a highscore based minigame where you try to shoot down as many airborne viruses as possible with your drone before you are destroyed. 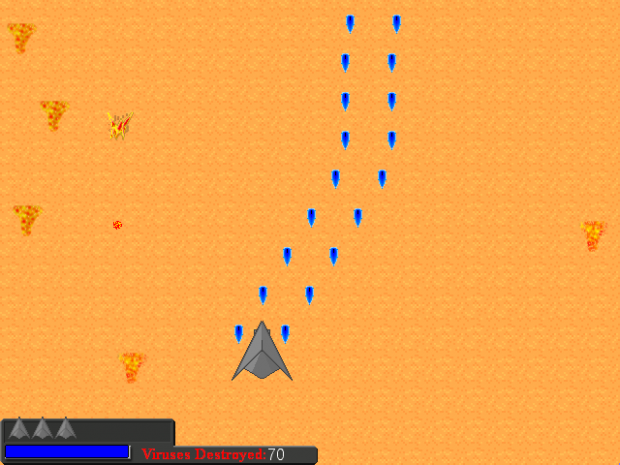 I was never much of a fan of the "fear certain upgrades" idea common to most "SHMUPs". Power-ups are supposed to be there to help you, so why are you trying to avoid them as if they were any other enemy? In Air Battle, your ship will only get more powerful over time through stacking upgrades.
Here's how the upgrades break down:

These upgrades are automatic and you never loose them, even if your drone is destroyed. There are two other upgrades in the form of Capsules that you need to collect, pictured in the "Collect these" section of the image below: 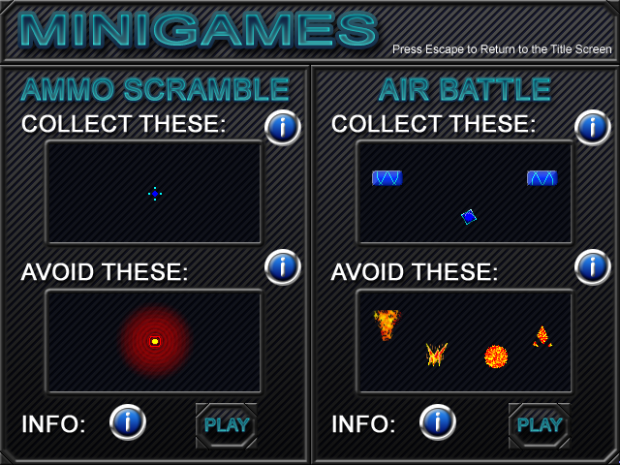 These upgrades alter the look of your ship and allow you to fire projectiles that shred through enemy viruses. The first upgrade appears at the top of the screen and rolls down towards you, the second appears at the bottom of the screen and rolls upwards. The second upgrade grants you the same enemy shredding projectiles as the first, but also makes your ship spout blue flames that decrease the chance that you'll take damage from colliding with enemies that fly up from the bottom of the screen. You loose these two upgrades upon death, and will have to recollect them after you respawn.
In addition to these upgrades, you can also collect 1Ups to give you extra lives.

The four enemy types in Air Battle are: 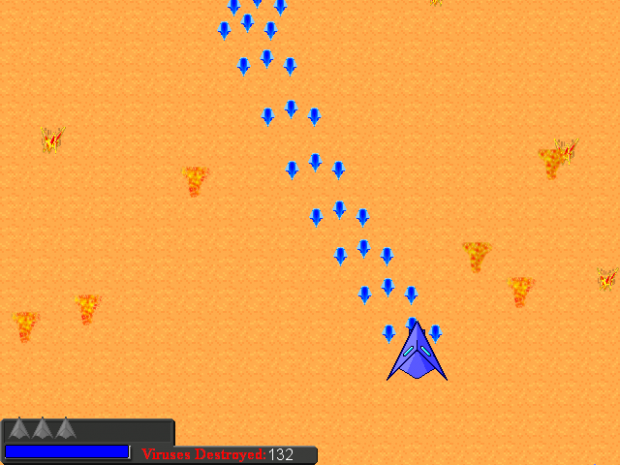 If you get a score of "Over 1500" you'll get an achievement for beating my highscore at the Air Battle mini-game! 1500 viruses is a LOT considering the game counts your score 1:1. And in case you're wondering, my highscore is a little higher than 1500 (how else could I have tested the achievement?) I'll see you on the leaderboards! 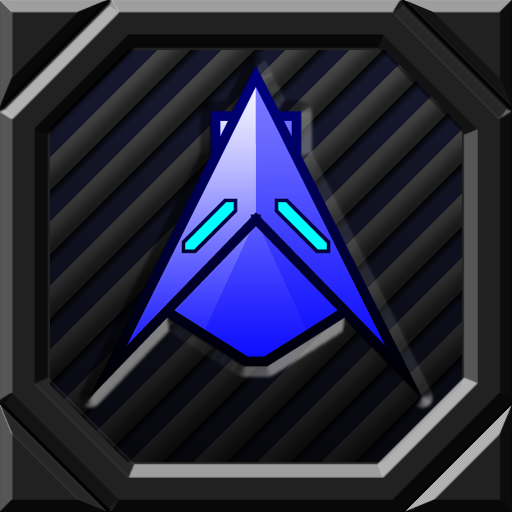 And that's EVERYTHING there is to know about the Air Battle Minigame. Preparation is the key to success and all that. See if you have what it takes to earn yourself the Over 1500 achievement and a spot on the Game Center Leaderboards!