The third and last part of our series of articles, covering mod launchers and update agents.

In this last part of our article we'll cover command line options that need to be passed to the command line to the original game so that a specific mod is launched. We'll also cover some best practices for using the mod launcher.
And if you haven't done it already, 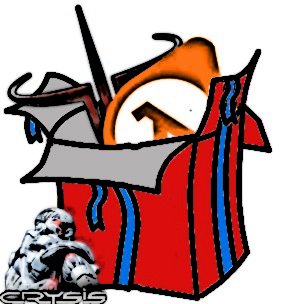 We'll give some concrete examples on how to launch a mod for Quake 3 and Source, but most games (and engines) support (in a form or the other) command line parameters for starting a mod.
Now, each game engine has it's own command line parameter to load up a mod: Before starting with the examples, it is worth mentioning that a lot of games use the Quake 3 engine, or its derivates. Medal of Honor, Call of Duty, Soldier of Fortune, some of the Star Trek games, some of the Jedi Knight games and the list can go on. It is very likely the mods for those games can benefit from the mod launcher just as well.

The example we've chosen here is for Eternal Silence, but it works for all Source mods. So, rename the launcher and .ini file to eternal-silence.exe and eternal-silence.ini. Have them placed in the same folder as the hl2.exe (Steam\steamapps\
Post a comment
Sign in or join with: