ALOV is an exhaustive and comprehensive 4K 60fps video overhaul project powered by AI and augmented with faithful in-game remakes, error corrections and other misc improvements.

What does this mod do?
ALOV is a project inspired by A Lot of Textures (ALOT) by CreeperLava, that remasters all of the prerendered cutscenes in the Mass Effect Trilogy, that cannot be fixed or upgraded with texture/content mods, to stunning 4K resolution (and in most cases 60fps)

Mass Effect games have 2 types of visuals displayed in them:

While BioWare claimed to have upscaled/rerendered the prerendered cutscenes to get them to 4K resolution, in most cases this is a white lie at best. The majority of the videos in Legendary Edition are 1620p resolution, but most of them can be downscaled to 1080p or even 720p with no difference in quality whatsoever.

That's where ALOV comes in. Our project uses a far more aggressive and carefully considered upscaling approach. Every single shot of every single video has been analyzed and upscaled with individual settings that produce the best possible result. This meant that on a shot-by-shot basis, the videos were downscaled to their 'true' resolution. upscaled with the best suited AI model, sharpened with manually calibrated AI settings, interpolated to 60fps (in most cases) and then encoded at a much higher bitrate than vanilla. In a few cases, we were able to recreate a video completely from scratch by recreating the scene in-game and recording natively at 4K 60fps. Additionally, several visual bugs such as mesh clipping, rogue UI elements, glitches etc have been corrected.

We are also perhaps the very first mod project to ship videos encoded in the Bink 2 format.

The ALOV project has been featured many outlets such as Eurogamer, IGN, DSOGaming, Overclock3D, DFTG and TheGamer. 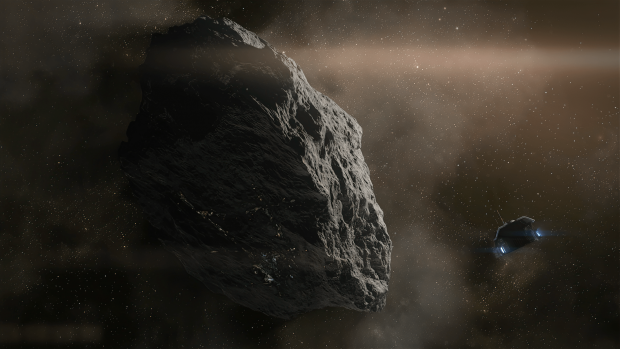 How this was done:
Mass Effect Legendary Edition features 601 Bink 2 videos, weighing in at 16GB.

After certain videos were omitted (such as a few videos that truly were 4K and were not suited to interpolation, or weren't worth upscaling), the remaining videos were either given the full AI treatment or fully remade in-game.

Downscaling
BioWare upscaled most of their source 1080p videos 150% to 1620p. However whatever technique they used is very lackluster. It's important when upscaling to ensure that the resolution of your source matches the amount of actual data that's in the frame so that the AI can properly interpret the data and fill in detail as the image scales.In order for our upscales to be effective, we needed to figure out the 'true' resolution of the videos. We picked a sample frame from each shot (for example a 1620p one) and then downscaled it to various resolutions (without sampling). We then saved the image, opened it again, scaled it back up to the original resolution, and compared it against the vanilla frame. In many cases, the source frame was indistinguishable from even a 720p downscale. Yes, that's right - much of LE's videos are still 720p quality. We then repeated this process for every shot of every video (well over 2000 shots).

Upscaling
We used Topaz Video Enhance AI for the main upscaling portion of the project. However, we didn't simply throw the frames into the AI and tell it to upscale everything to 4K with the same settings. We picked 4 AI models from the software that were best suited to our videos. These were Artemis High Quality, Artemis Medium Quality, Gaia High Quality and Gaia Computer Generated. Just like for the downscaling checks, every shot of every video was compared against these AI models to determine which one provided the best upscale.

For example, Artemis Medium is much better at denoising but can completely blur out fine details if used on the wrong shot. Gaia Computer Generated doesn't do a good job at increasing quality, but it does an excellent job at antialiasing, so that model was picked often for videos BioWare had rerendered at 4K in-engine but still had lots of aliasing.

Sharpening
While an upscale can help clean up all the compression in a video and bring back detail, the output can often still be somewhat blurry. AI upscaling still tends to produce a somewhat 'smeared' looking image, almost reminiscent of a painting. This is where Topaz Sharpen AI comes in. Again, we went shot by shot for each video to figure out the best sharpening settings to enhance the detail that Video Enhance AI had brought back. This is a hugely important step and it's what truly gives ALOV videos their crisp look.

Interpolation
In the original development of ALOV back in 2019, interpolation was entertained as a possible step in the production pipeline to get the vanilla 30fps videos to 60fps. Ultimately, we decided that the result was still too inconsistent as much of the time, the quality of the interpolation was simply too poor. In 2021 however, AI-powered interpolation is finally at the point where we feel it's worth including in the project.

We used Video Enhance AI's newly released Chronos model, which can be used to create AI based slow motion, or increase the frame rate. Almost all videos were interpolated from 30fps to 60fps (in some cases from 24fps or even 15fps!). This interpolation model is still very young and while most of the results are good, it still produced a lot of errors. These errors were smoothed out in many, many cases via post-editing in After Effects.

Post-FX / Correction
While most videos finished at the sharpening or interpolation stage, a few dozen videos required a little extra work. Hundreds of interpolation errors were manually smoothed out in After Effects, while other errors in the vanilla videos were corrected at this stage. These were things such as fixing the Normandy lights (in a couple of videos they were pink/purple for some reason) or removing a rogue UI element that ended up in the video somehow, or correcting instances of mesh clipping. A handful of videos were even made from scratch out of other videos.

In-game Remakes
In a few instances, we were lucky enough to be able to completely recreate the entire video without any upscaling at all and instead record the video at native 4K 60fps in-game. These were things like loading screens, a Normandy docking video in LE1 and some cutaway shots in the Citadel DLC. A big thanks to Sil/Tydeous and HenBagle for helping to recreate the shots in-game using Legendary Explorer.

Delivery
Once the videos were complete, they were exported to Apple ProRes 422 HQ videos, which are then sent to the ALOV archive. We then encoded these into 3840x2160, Bink 2 files using RAD Tools at about 250% of the vanilla bitrate. Thanks to the fact that we were lucky enough to be able to use Bink 2 (which is far more efficient than Bink 1), the total size of ALOV has been dramatically reduced without sacrificing quality.

In total, ALOV for LE contains 500 videos weighing in at 23GB 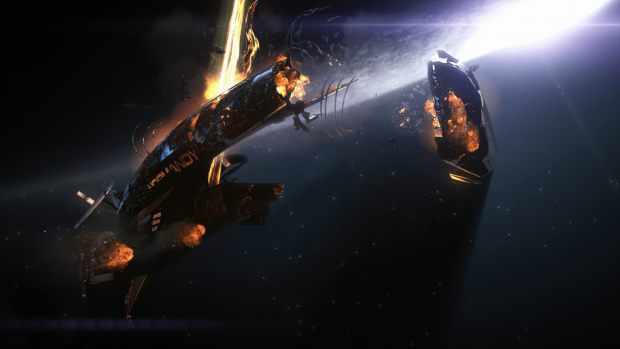 Compatibility:
ALOV for LE is fully compatible with all mods. If you are a mod author who intends to ship videos in your mod, please get in touch as I'd be more than happy to grant you access to our upscale archive, or even help you make the videos themselves.

For those who play at resolutions below 4K, ALOV is still recommended as you will see massive improvements over vanilla even at 1080p resolution - especially due to the 60fps interpolation.

ALOV is also compatible with ultrawide displays, but keep in mind all videos in the mod (like vanilla) are 16:9 and would require a TOTAL CONVERSION to 21:9 format in order to blend seamlessly. While I'm open to working with anyone who wants to take on this task themselves, it's not something I'm interested in doing due to the difficulty of maintaining many versions of the mod. 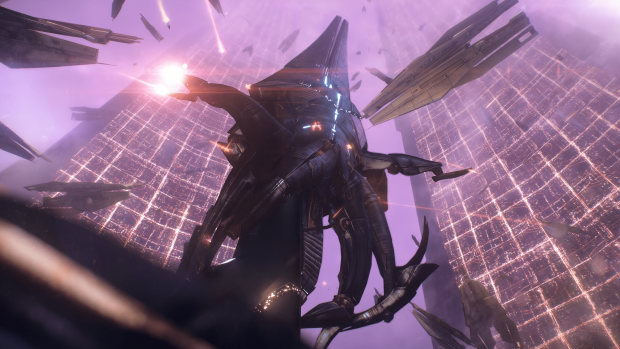 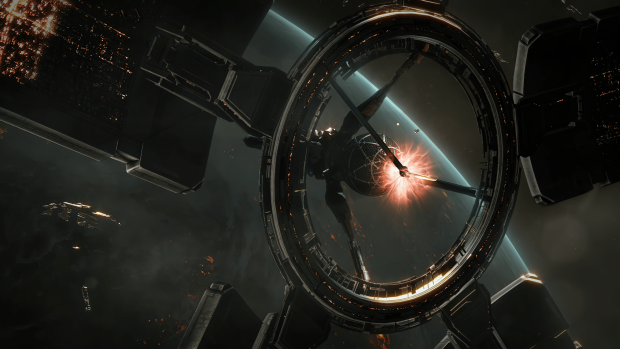