Uncle Pecheneg takes a little time to share his new screenshots and address the topic of the controversy that sometimes surrounds the topic of ArmStalker. Uncle Pecheneg is the Patron of the Role Play Test Server in many ways, he works on many aspects of ArmStalker, also authoring many posts and doing tons of Public Relations. The ArmStalker Team has always impressed me with their effort to share with the public, and how involved we all are, I hope to share that more with our followers in time!

Aloha friends
My name is Uncle Pecheneg and I'm one of the developers of the free modification for Arma 3 that we enthusiasts call ArmStalker Online.

I would like to show the gaming community another new screenshot from the fields of development of the main map, which is being prepared as well as many other things. I would also like to offer a short discussion on the theme "The Universe of Stalker". 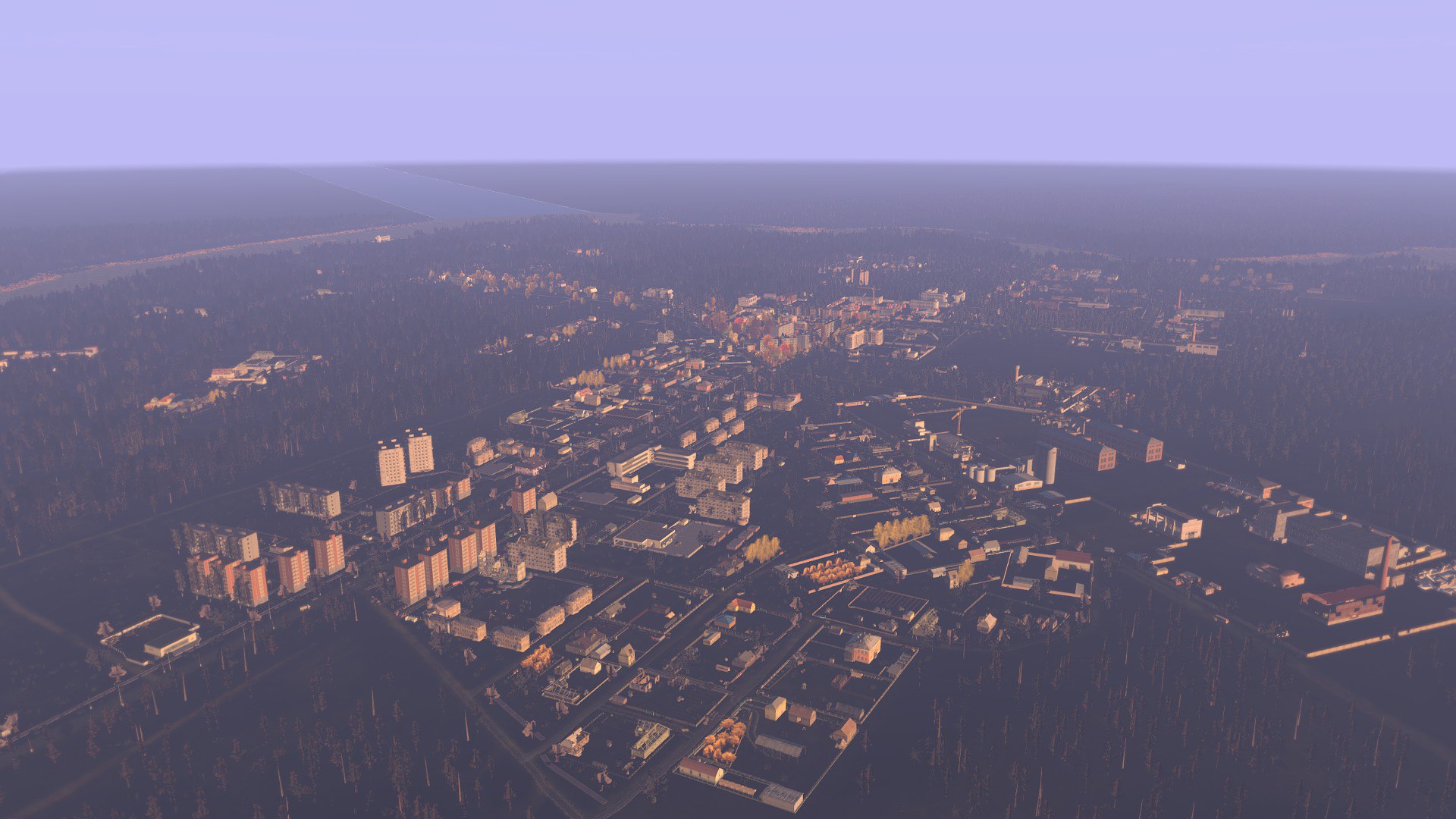 Size of Chernobyl and the surrounding area is one-to-one with the actual terrain, and the entire card will be an area of ​​480 sq.km. 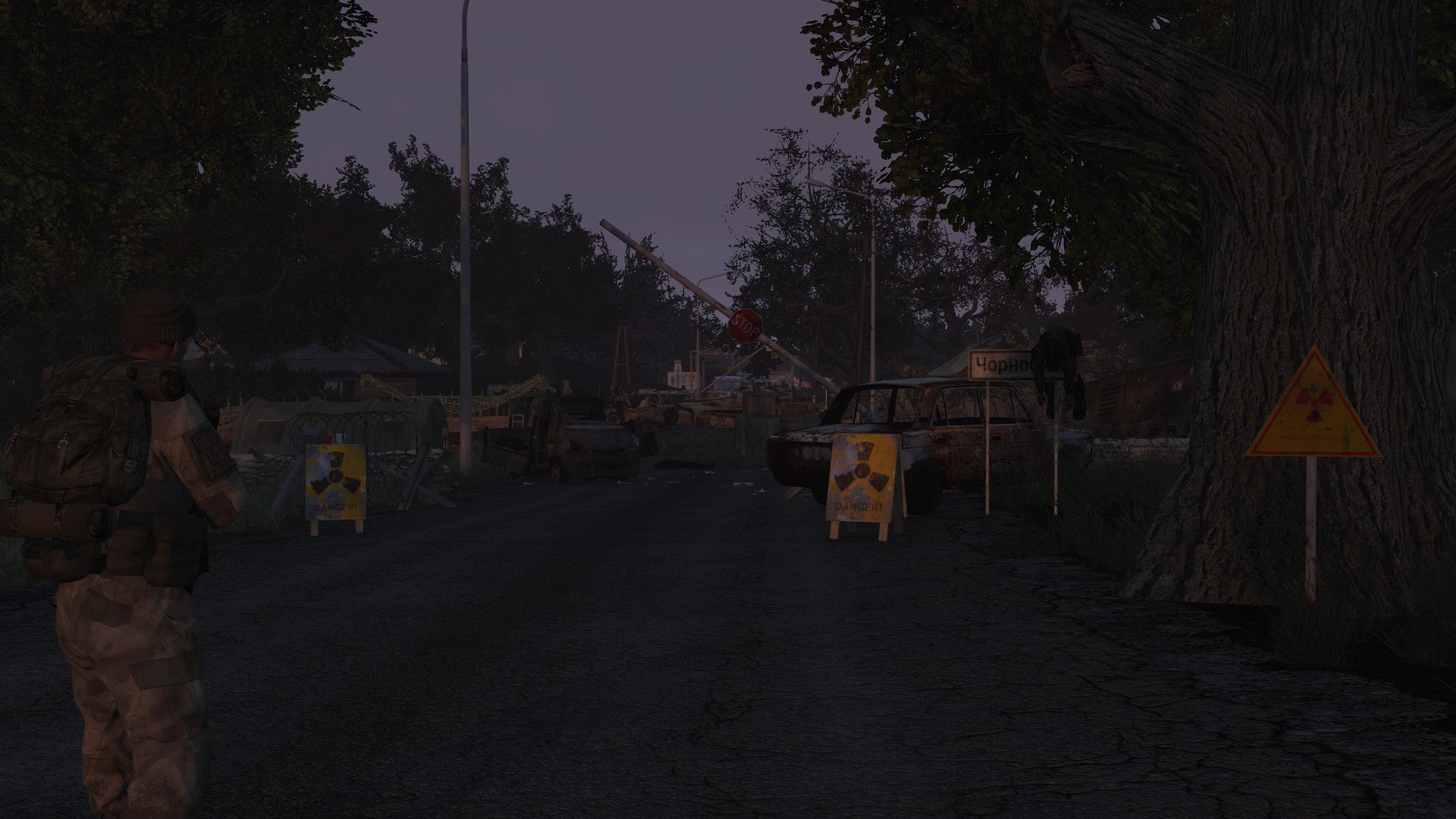 And here are a couple of screenshots that have already been published, that would be appropriate in a post that would show the city a little closer... 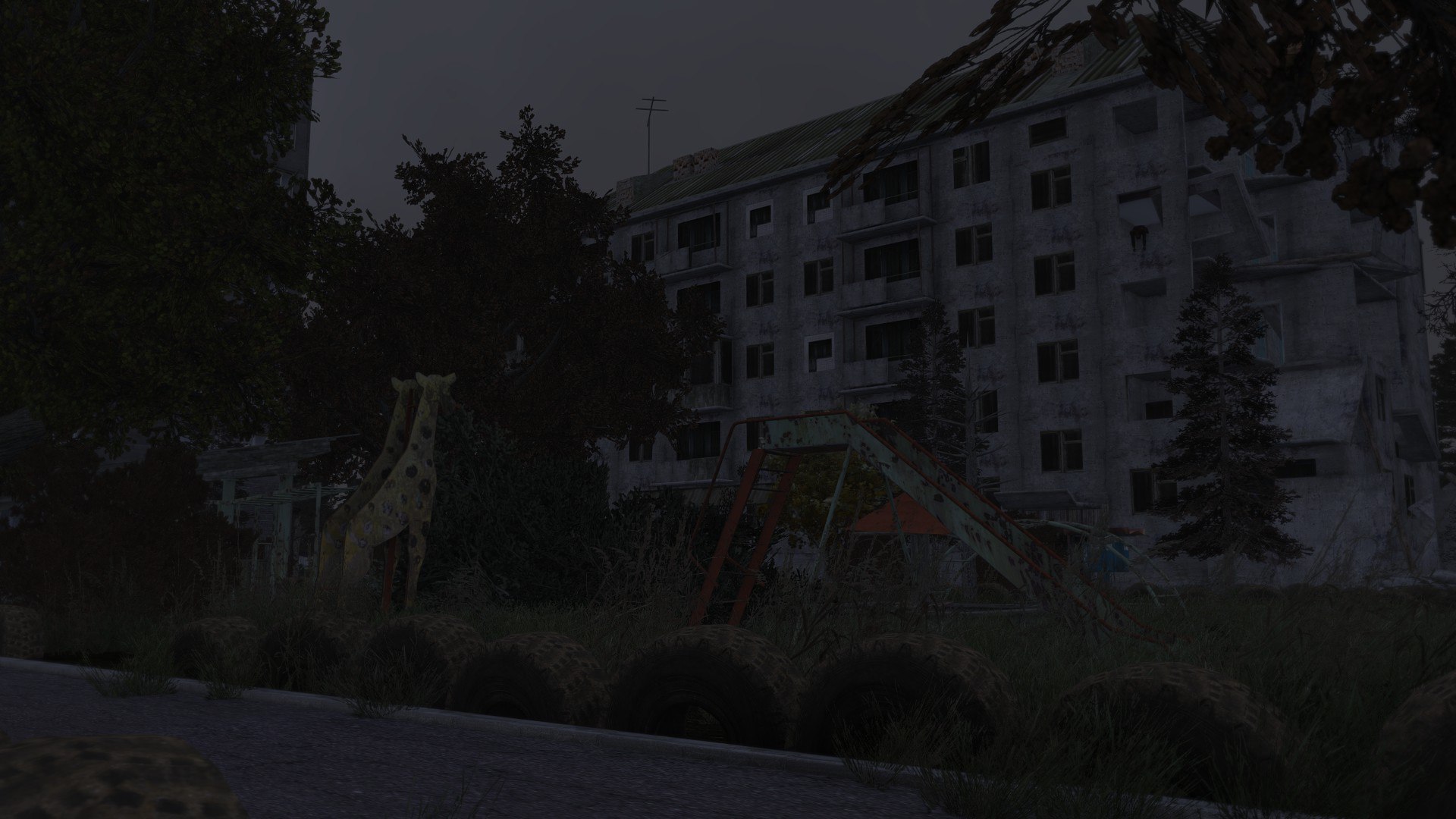 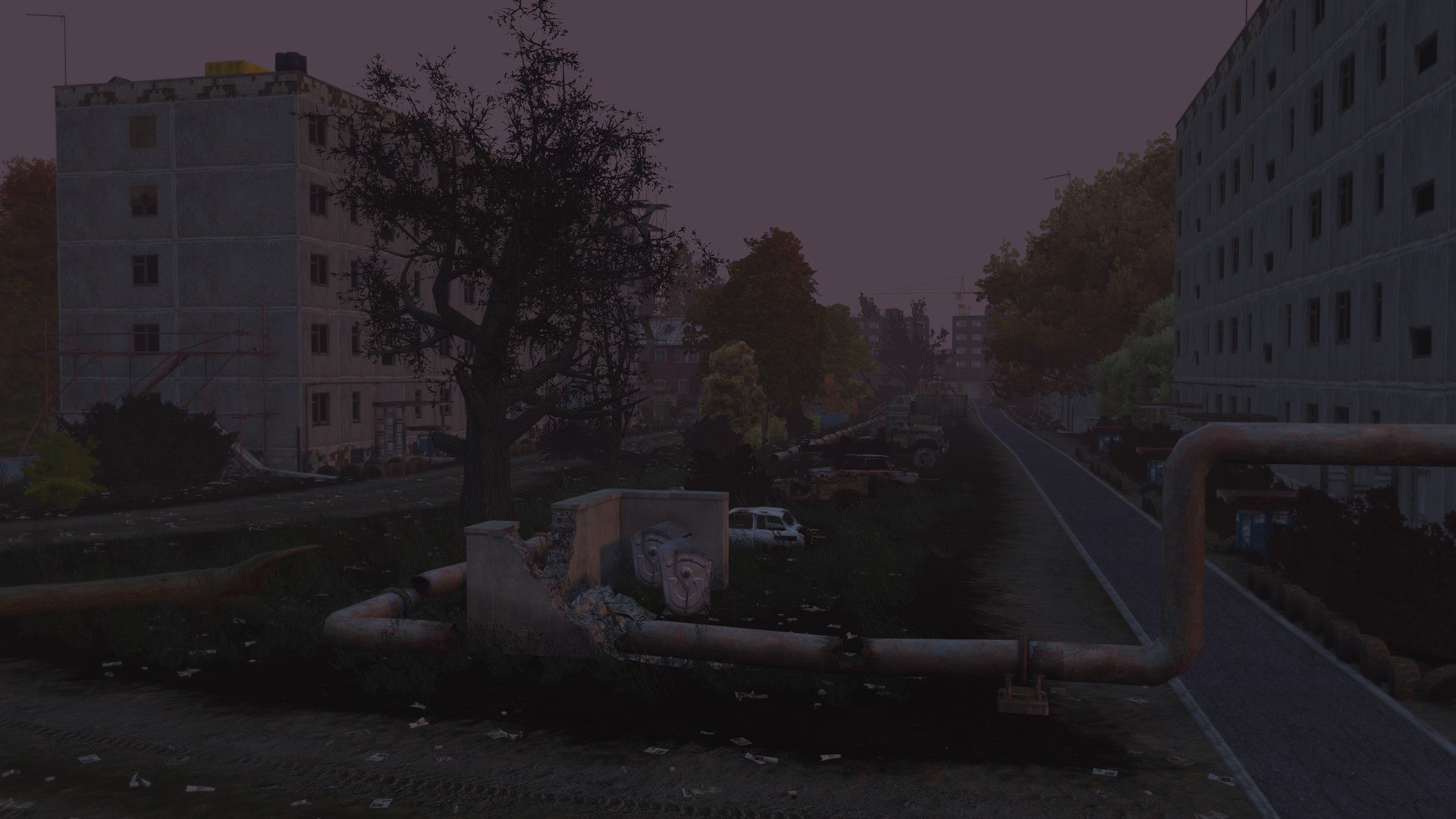 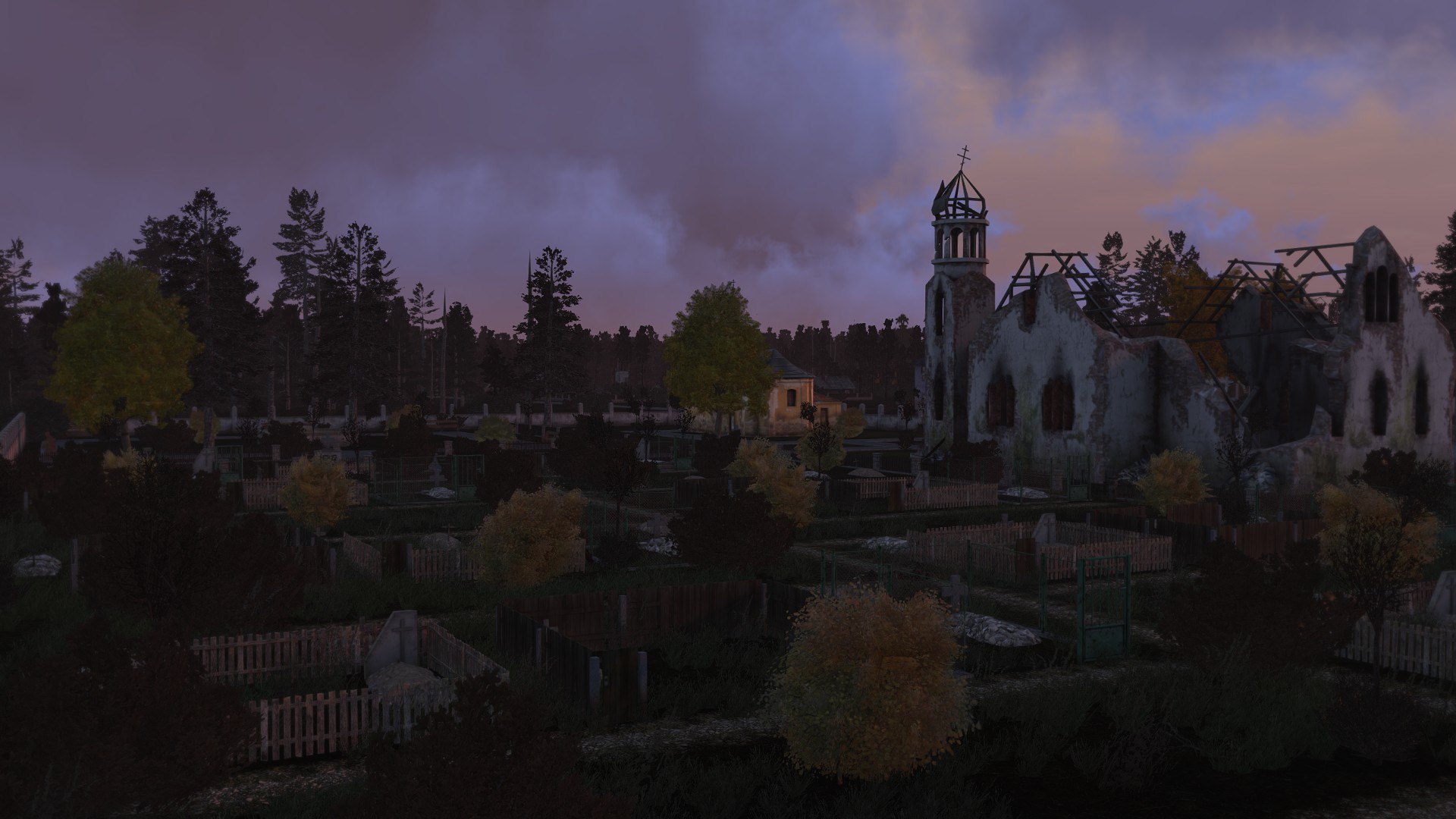 - All the Pictures released of the CEZ so far: Goo.gl

And now, after a demonstration of screenshots from the development and an overview of the dimensions of the map, even with an example of just one city... I would like to tell those who are not familiar with our project that we are planning to create their own branch in the universe of Stalker, with it's story, characters, quests, monsters (as far as we allow our strength as enthusiasts to create new models, at the moment we have already established a number of new mutants), anomalies, and artifacts in general with their own Lore.

The story and quests we write ourselves and they are a closely guarded secret. Mutants have a completely rewritten logic of behavior, this gives each of them individuality in terms of the risk they pose to stalkers. Every monster will be unique, it will have its own strengths and weaknesses, and as unique and peculiar behavior and attack methods.

Anomalies are of different types according to various kinds of damage (burns, chemical, electricity, etc.) and their number is on the map will be able to reach one million (we checked). Artifacts will be beneficial to their owners - but with not much balance in properties, as they can be combined for different effects. All this on the basis of the game Arma 3 and in multiplayer.

Much of what we have already implemented to date, it has been regarded in our community as impossible a year ago when our test platform just came out. Now, our work is more or less known to a wide range of gamers, at least to sectors who are keen on the Stalker and ArmA series. Many people criticize us for what we did not abide by in the canon of the Stalker games from the recognized company GSC. We are trying to create something new in the universe of "Stalker" and we are being accused of stealing ideas, models, and other game resources, despite the fact that we have already contacted GSC and have been told that they have nothing against our non-commercial project and the porting of models.

Basically criticism, accusations and disapproval comes from fans of the game "S.T.A.L.K.E.R." by GSC and the fans of X-ray engine. The players of Arma 3, on the contrary most of them support us. Like many I played both games long before I became a developer. It would be interesting to know the opinion of a wider range of gamers on this.

Our team believes that a game in the Stalker universe that is meant to be played online, should be developed as a separate branch of the genre. This is because in spite of the amount of new stuff that we make, the main difference from the well-known trilogy is that in our universe of the Zone, real people will write the facts and history of the Zone.

For us, as for enthusiasts, who turned his dream, first in the hobby, and then to work and develop a living project, it is important to communicate with the community. We often hear from them, but always try to listen to the people that would look at our work with a careful eye.

What do you think? Do you think Stalker should end only on the well-known trilogy of games, and what we do is not to create something new, and only mimicking and copying? Please reply in the comments with your opinion.

In any case, thank you for your attention.
All the best and good evening.

Translated and Interpreted by Uncle Boom

Just for forget all that criticism, accusations and disapproval that your team get. Just go on developing and doing what you think is right. It's YOUR mod, and everyone just has to be glad that a few people take this huge project on there shoulders to make it happen.

There will always be people who dislike what developers do, and they start shouting that you steel etc, while in fact you have permission to use assets. A lot of people simply start shouting even before they really know what they are shouting about or if in fact they are even right.
Morons are everywere, its as simple as that.
(i always gets so mad about those kind of childisch idiots!)

So, keep developing and just forget those idiots!!
Leon

I agree personally with you on this - yes - and the Team appreciate your affirmation! - as Uncle Pecheneg kindly reminds people from time to time - no one has done what they have already achieved - and the effort for the fans is always going to be subject to their criticism. The Team know what they want to create - and I think it is very important for any mod team, to have a clear vision and not be swayed into pandering... Thanks for the Encouragement!

I'm a big Stalker aficionado and i only play Call of Chernobyl for one year and a half (alongside some ARMA3 mods)... let me tell you, do as you wish in the base universe and screw the fanboys. My only hope is that you'll add a SP mission to this promising work. A Stalker-inspired mod for Arma is something that we never really saw, even for A2, it was not really satisfying, so you have all my encouragements.

Thanks for the message - The team are working to build something that will give fans of stalker a new way to experience the Zone together, and they are working to make it as quality as possible - so that it can be held among any other Stalker game or mod. The Team appreciate the encouragement!

I`ve played the 3 stalkers(and many mods...so many mods),so i`m a big fan of this serie.
But i don`t think that you are "stealing" ideas.In fact,This mod had a lot of potential,because there are almost no limits on the stories that can be recreated on the game,like from the first incursion of the army to the zone, to the arrival of sidorovich ,or the creation of factions,the scientific research of sakharov, even the adventures of Nimble xd.
This could be a good online game or a single player game too.No matter what kind of game you want to do, i think what really matter, is keeping alive the spirit and the atmosphere that the game transmit to us.
So i think, if you guys have good ideas for the game, you can keep the dream alive as long as you want.And anyway, like "SPY-maps" says,it`s YOUR mod so you can do whatever you want.

So please keep developing and making things like this :)
Cheers !!!!

Thanks a lot for your support! Your English is perfect - and I know that the Team appreciate your feedback!