Whilst you wait for the next installment in the Warhammer spin-off of Total War games, here’s five great Total War mods across the franchise!

The third entry in Creative Assembly’s spin-off series of Total War games has been delayed. It’s never too early to practice your tactical skills, though, and so here’s five great Total War mods from around the community!

Call of Warhammer: Beginning of the End Times

Before Creative Assembly decided to branch out into the realms of fantasy and whip up their own Warhammer-based games, modders took matters into their own hands! Starting out as a follow-up to a classic Warhammer mod simply called Call of Warhammer, Beginning of the End Times has since blossomed into a more individual project with many new units and faithful depictions of creatures from the lore. If you’ve not gotten a hold of the newer Warhammer games, this mod’ll be plenty enough to get you introduced to the world!

Lord of the Rings mods and strategy games go hand-in-hand, and Total War is no exception. Rome: Total War may be one of the older entries in the franchise, but it is fondly remembered by fans and enjoys a healthy modding community to this day. The Fourth Age: Total War pursues a more unique locale within Tolkien’s universe in the form of his unfinished sequel to the seminal trilogy of books. Original creativity blends with a careful reverence of Tolkien’s world for a great Lord of the Rings experience. 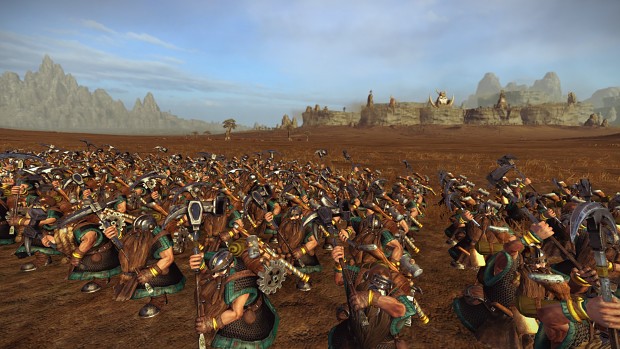 If you’ve gotten on well with the new set of Warhammer games under Creative Assembly, this mod’ll help the first release in the trilogy feel even better. Whilst the Regiments of Renown system opened up many new strategies for players, the system was only directly accessible by two of the six playable factions. This mod aims to fill in the gap, providing unique and customised units to all the factions and giving players more tactical options, regardless of their faction of choice. 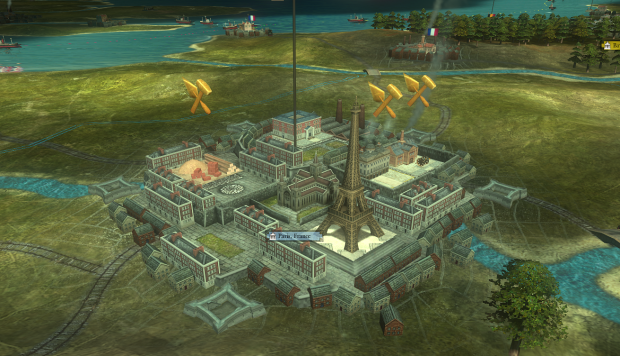 Total War has, for the most part, remained within the confines of conventional infantry, with a focus on hand-to-hand combat and cavalry. Napoleon: Total War was a more “modern” take than most of the other games in the franchise, and was the subject of its own much more modern mod project - The Great War, which transforms the environment into the setting of World War One. Great new visuals, a new way to play the game, and period-specific vehicles change up the usual sandbox of Total War considerably.

Wrapping things up, it’s impossible not to cover another quality Lord of the Rings mod, this time for Shogun 2! Whilst the previous mod on this list focused on the Fourth Age, this mod also has its own locale unique from the trilogy and films in focusing on the Second Age, specifically on the wars between the Elves and Sauron. Whilst the mod is still a work in progress, a prologue campaign as a setup for the two campaigns planned for the full release is playable and paints a great picture of what’s to come!

Whilst Total War as a franchise stretches back decades, the Warhammer games - which have been a huge success for Creative Assembly - began with Total War: Warhammer in 2016. It marked a significant departure from the usual settings and worlds featured in the games, and its sequel was met with just as much praise. Now, a conclusion to the set dressing created in both games is in the works, which will form a neat trilogy of solid fantasy strategy games. Whilst players had hoped to get their hands on it in 2021, it has now been delayed to 2022 to finish refining the elements crucial to the game’s success. As their big wrap-up, it’s no surprise Creative Assembly wants to get this one right. 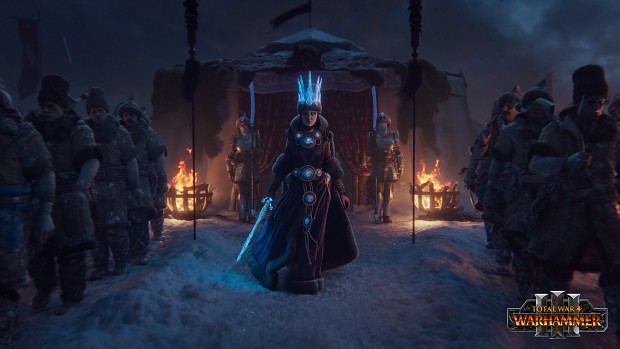 Total War: Warhammer III will see players engaging with the most esoteric elements in the franchise in the form of the demonic forces of Chaos

Warhammer 3 will touch upon the realms of Chaos, diving even deeper into the rich fantasy lore surrounding the franchise and marking a climactic end to the trilogy of spin-offs. Each of the Warhammer games has garnered critical acclaim, and it’s looking like Warhammer 3 won’t be any different.

(You can also check out Rome mods here, and more mods for Napoleon here)

The newer Warhammer games aren’t quite as moddable as their predecessors, but they do still have a presence in the community. Hopefully, Creative Assembly is looking into ways to make Warhammer 3 just as valuable to modders as it will be to their players.

hyping for what another addition to a primitive game that is only good looking?

I concur, total war games have lost its way

Whilst I'm not a huge total war player, my dad's been playing them since Rome and seems to enjoy the new Warhammer releases, too. I think the main appeal for him is the very different setting to previous Total War games. All things considered Warhammer and Warhammer 2 both went down well critically - might be worth keeping an open mind about the new one, considering they seem to have done well enough so far ;)

Ask your father how have they improved from rome . I have also played from rome 1 to warhammer 2 and all i can say is it hasnt improved a lot only minor additons and a lot of deleted additons so in the end its all the same no improvement just change of the setting.

I feel like it's just very different. I play both Medieval 2 and Warhammer Total War for two very different reasons. Medieval 2 has more impact and every engagement (especially with infantry) feels very impactful, whereas Warhammer 2 is more focused on archers and magic to do most of your damage, where infantry is mostly just to give yourself human walls.

Ok, medieval wunner. It is the most advanced and successful total war ever.

An advanced TW game?
- no way to mod the campaign/world map, so total conversions are impossible
- primitive diplomacy; no region trading and so on
- no naval units, no sea battles with purely naval forces
- the ability to fine-tune taxes is mostly gone (since eg slaves of the Dark Elves can still be adjusted)
- and let's not even mention army traditions, upgrading or retraining units (tier upgrades not boyz' upgradez)
- no advanced formations, field fortifications for ranged infantry (yet) and so on
- etc

And a zillion of minor issues like:
- vassals of VCs randomly declaring independence, or far-away rulers declaring war on you and then pulling even more random factions along, or for example, Nakai's confederation antics
- military access pacts between hordes and landed realms are nonexistent
- bad AI pathfinding, crossing seas and some rivers is a pain since neither AI nor your own army understands shortcuts
- and more in the same vein, bugs and issues CA refused to fix just pile up on official forums and elsewhere

Enjoying TW Warhammer games, but calling them the most "advanced" total wars must be a bad joke... (Since CA threw out a ton of stuff while focusing on faction and culture-specific game mechanics.)