Sure you could just punch and shoot your way through the prison and ice caves, but if you want to be a legendary hero you're gonna need to spice things up.

SYNC moves are powerful attacks that two heroes can use when they support one another in battle. They cost no energy to use and are therefore very useful for getting out of tight situations. Some SYNC moves restore their users' HP, boost stats, or in the case of the two unlocked in the prologue, deal heavy damage.

"What's more dangerous than a superhuman? Multiple superhumans working together.

They could raze armies." 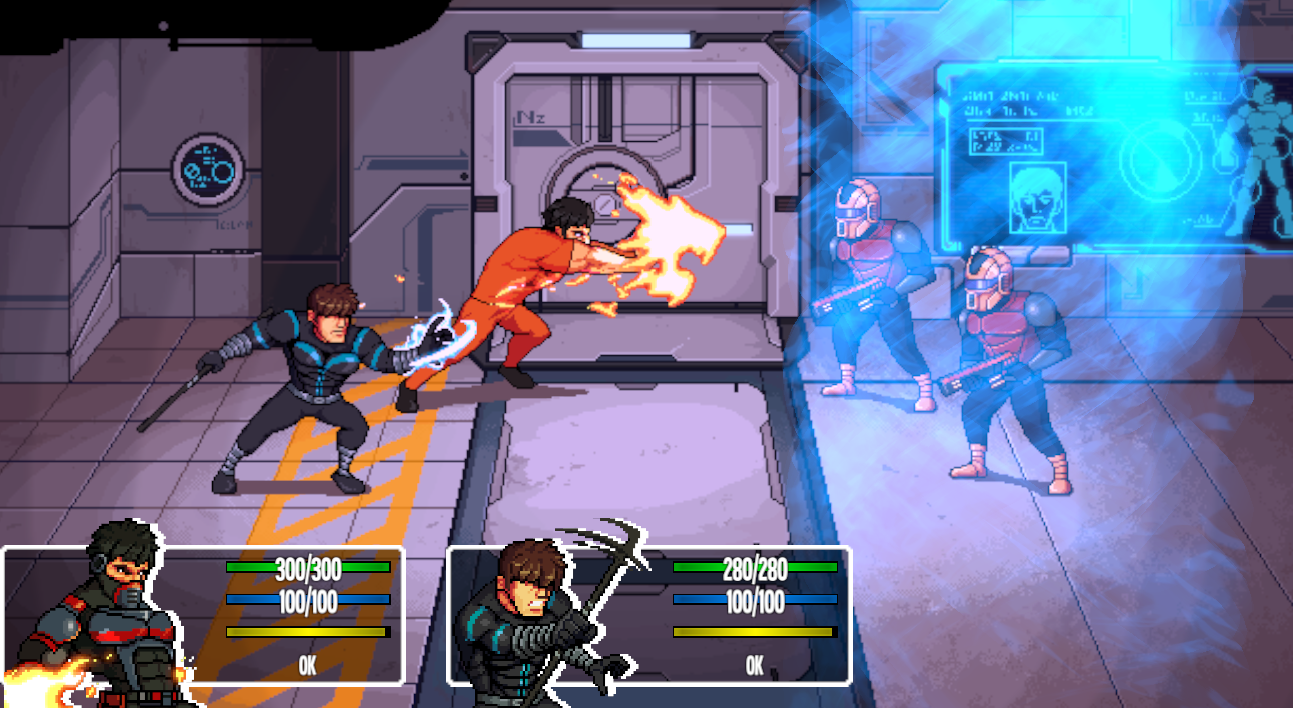 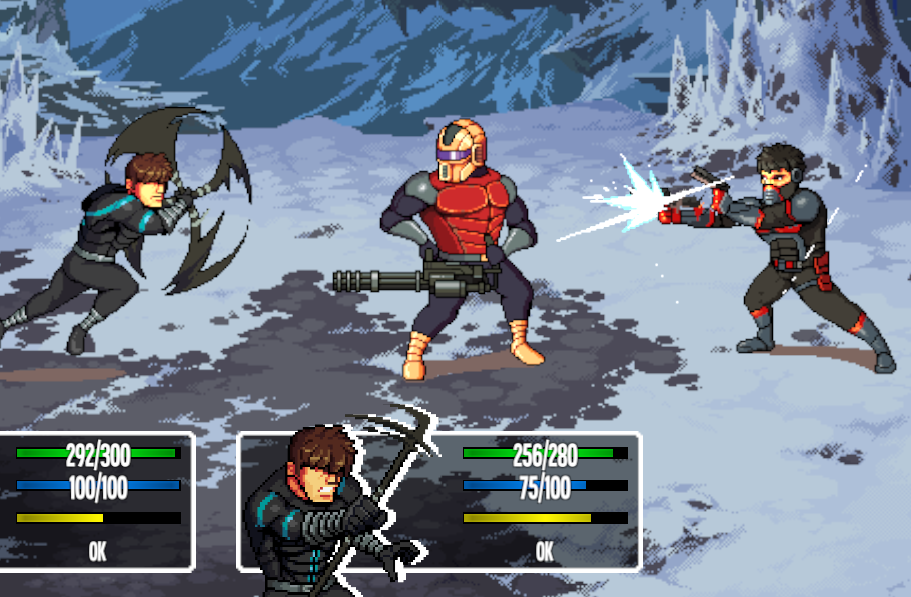 SYNC between two party members naturally builds as they fight alongside one another. Here are some tips to build SYNC faster. 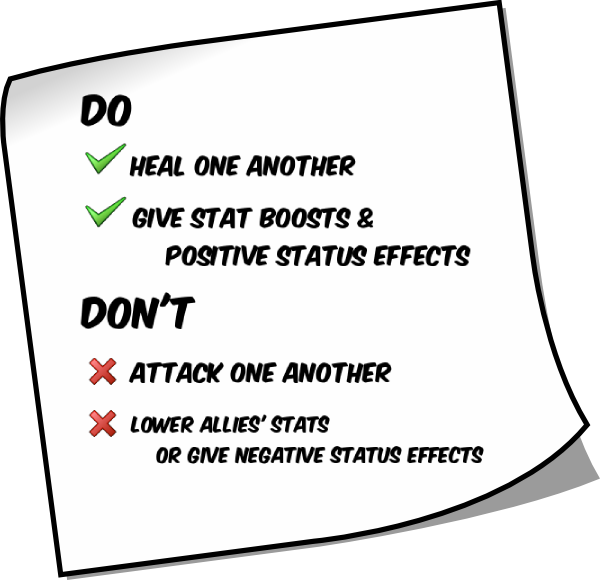 The ice caves are made easier by the pyro's moveset which consists almost entirely of fire-based attacks, which is useful for dealing with ice-type enemies like arctic wolves and polar bears. However, the pyro's standard attack has no elemental affinity, but both the pyro and the gunner have special techniques that turn up the heat on their standard attacks.

The flame icon indicates that the move in the list is fire-based. 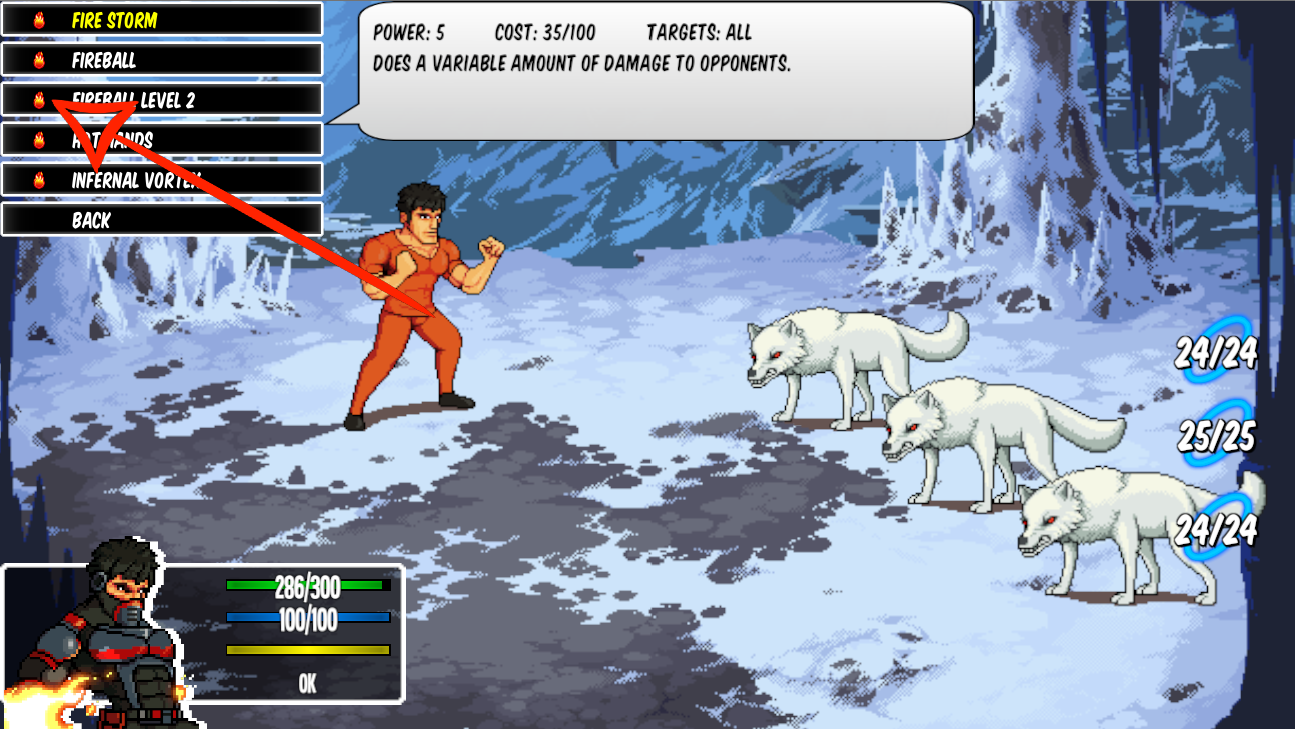 Attacking an ice-type enemy with the pyro's standard attack.

Use a move like Fire Ammo (gunner-only) or Hot Hands (pyro-only) to make standard attacks fire-based. 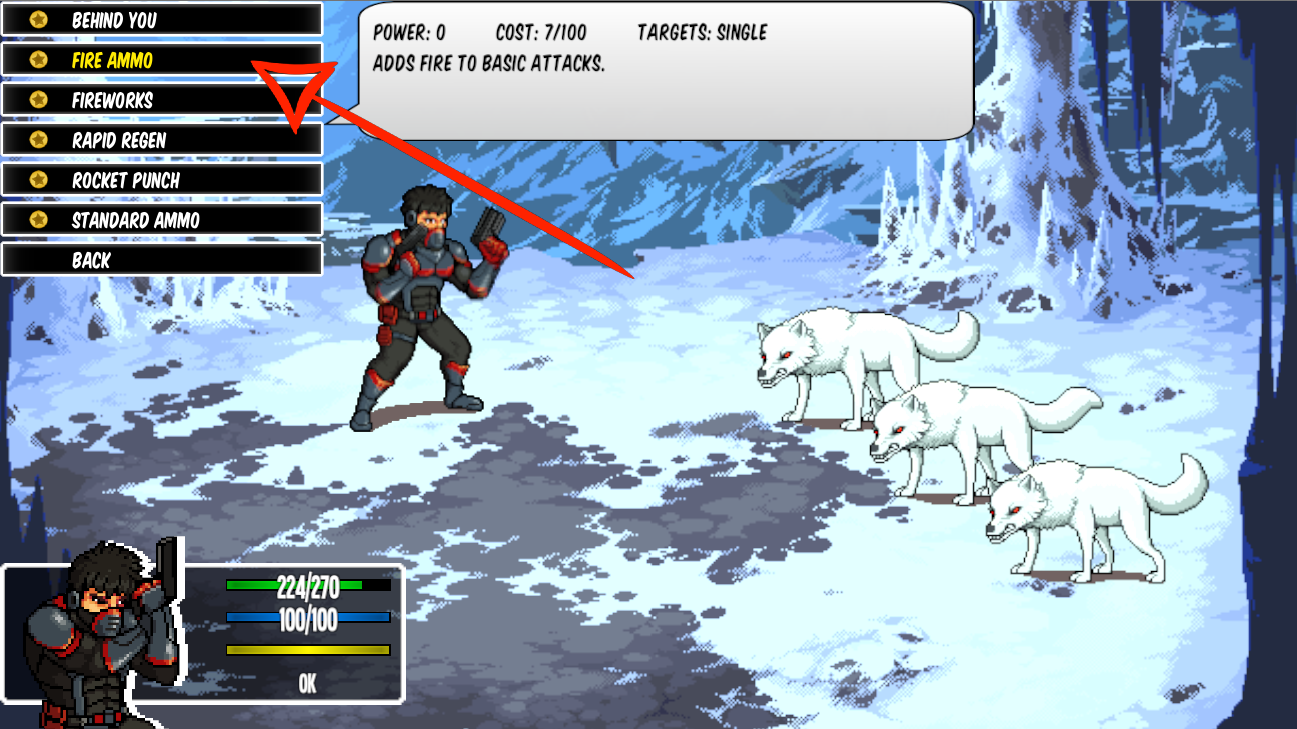 The gunner is less durable and doesn't hit as hard as the pyro, but he makes up for this with super speed that is usable both in and out of battle. Hold the '/' key outside of battle as the gunner class to make it easier to dodge enemies if you aren't up for a fight. 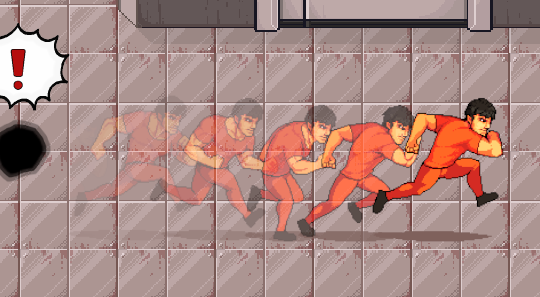