Packets and Bandwidth Using GOREsock, a WinSock API wrapper, combined with binary packets and custom buffering and buffer prioritizing, XtremeWorlds is able to quickly send small packets of information quickly over the internet. This allows you to save money from paying for a lot of bandwidth, or even be able to host your server from your own computer! With a decently fast dedicated computer and typical cable or DSL connection, you can host a server powerful enough to support more players you may ever need!

Multiple Servers A feature planned for later versions that offers the ability to expand your game server across multiple servers. This means that there is theoretically no limit to the amount of players you can have in a single world. The servers will communicate with each other, sending players to the correct server when changing maps, along with send messages (such as private and global messages) to players on a completely different server as you.

RAM Conservation Most all unused memory is unloaded from the server, whether it is maps, NPCs, objects, or players. The time that maps (including the NPCs on the map) and objects can remain in memory unused is easily adjustable. This also does not mean a slow map switching and object reading times - XtremeWorlds utilizes the speed of binary file I/O to quickly load the information back into memory when it is needed. An entire map with multiple NPCs on it can be completely loaded back into memory in about 1-2 milliseconds (1/1000ths of a second), while objects in less then 0.1 milliseconds.

Attack Sounds Sounds for attacks can be easily defined. For users, all you have to do is bind the sounds to the objects. For example, a sword could have more of a sharper and quieter woosh with slicing sound at the end, while a staff can have a big woosh then "thud!". For NPCs, you just have to define which sound effect that NPC uses for their default attack.

Music XtremeWorlds supports music in mp3 format and allows you to specify which song to play on which maps. If the song runs through, it'll loop it for you. If you switch maps but the music doesn't change, it'll just keep on going where it left off.

Targeting By a simple click of the mouse on another character, you can target them for your target-based actions. When a character is targeted, they will glow is a nice green aura for you so you can easily see who you are attacking. Though, if they are through obstacles, they will appear red so you know you can't hit them with an attack that doesn't go through obstacles. To un-target a character, all you have to do is click elsewhere on the screen besides on another character, and the targeting will be removed.

Quests Quests are easily defined in the database, and can include rewards for accepting the quest and completing it. Along with that, you can include requirements for accepting the quest, and define either a certain amount of objects you have to get or NPCs you have to kill. Quests can then be given to NPCs to use just by changing a single number on them. You can define quests to be done as many times as the user likes, or only one time, along with text the NPCs says at different stages and conditions of the quest.

Items XtremeWorlds offers a complete item system, from NPCs dropping multiple items, each with a different drop chance to users picking up those items and selling them to a local merchant.

Spells and Skills There is no limit on the flexibility XtremeWorlds has to offer with the spells and skills system. XtremeWorlds supports area-of-effect, buffs (raise stats), de-buffs (lowers stats), healing, and more. You can use these on yourself, or target a player or NPC and use it on them. NPCs can use them on you or other NPCs, too, whether it is healing their comrades or weakening you!

Hello everyone! As you're probably aware, French Rice Games and Wolfgame are going to PAX together fot PAX East'12 to present Survivors of Ragnarok, SilverQuest, the Alpha/Show builds of Mai Justice and a tech demo of Raiders of Ragnarok!

Well, I'm pleased to inform you about a fun little addition to the Son of Kentar Edition version of SilverQuest. Included in the free update is an early playable tech demo of Raiders of Ragnarok! It can be found in the 8_PAX Alpha folder of your Bonus Material portion of your game. 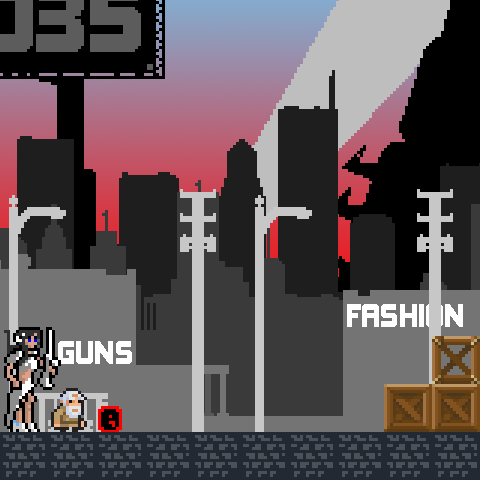 We hope you like this first test of the Raiders of Ragnarok Game Engine.
This engine will soon be part of a duo of games that integrate together
like none before. Raiders of Ragnarok will be able to load maps from
Survivors of Ragnarok and allow the player to take control of a lone
hero to salvage the wrecked remains of their very own failed settlments.
Think open world Metroidvania with Role-Playing elements, tight controls,
and fast combat.

This will not be it's only game mode how-ever. Raiders of Ragnarok will
also take part in it's very own epic story.

With a combination of emergent and handcrafted game-play, packaged with
Survivors of ragnarok's very own emergent, randomly generated worlds,
The player can choose any way to rule, explore and conquer their unique
world.

If you don't want to be arsed with Desura, or don't like to give money to developers, you can download the naked 1.5b client in the link below.
Indiedb.com

note; Raider of Ragnarok tech demo available with download of Survivors of Ragnarok.

Find the Sons of Kentar

Kari Whalgreen is on the case! Server-side updates included.

A lovingly crafted, premium edition of the famous SilverQuest can now be had.

The day has finally come. The long awaited release of SilverQuest is finally available on Desura, IndieDB and the internet. Much love to the fans and...

X-Isle is a free to play, 2D scifi Online RPG set on a prison island, in a distant future. An ode to the classic 16bit JRPGs of the past, XI is a modern...

SilverQuest is an online multiplayer roleplaying adventure game. With retro visuals, a hip soundtrack provided by creative commons, this is an atmospheric...

The Eldorei Saga is a captivating and enthralling world where the player takes the role of a hero, a young man/woman with a seemingly normal life, but...

Developing my game: MoonClypse
With it!
Great engine...

Mod SDK & Community
Built a game for XtremeWorlds and want to support mods? Try mod.io, a cross-platform mod SDK created by Mod DB which makes it easy to get a mod community up and running in-game. Currently seeking games to integrate and promote