The first version of the engine was known as W3D ("Westwood 3D") was highly modified version of SurRender 3D engine, developed by Hybrid Graphics Ltd. Westwood used W3D for Emperor: Battle for Dune and updated for Command & Conquer: Renegade.

After Westwood was bought by Electronic Arts the engine was further updated for Command & Conquer: Generals, and renamed to SAGE. The rendering part remains nearly identical to the W3D engine, but most other elements have been redesigned from the ground up.

The SAGE engine allows for dynamic lighting that casts realistic shadows and realistic reflections on most objects. High quality visual effects are now possible with the SAGE engine powering games. One example of a unique effect is the stop-motion camera. Blow up a gas station, for example, and the action will freeze in mid-explosion, and the camera will quickly pan around the environment, revealing pieces of debris and shrapnel suspended in the air, before the action promptly resumes. The SAGE engine also allows games to take place during different times of the day, with realistic lighting and shadow changes, etc. 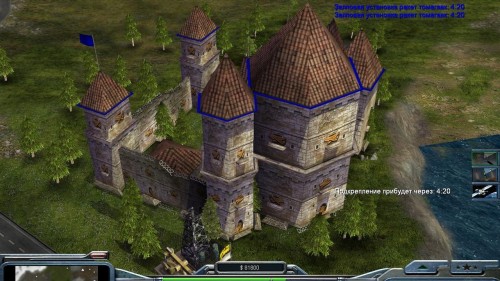 I officially RELEASE another additional campaign for the wonderful game Generals Zero Hour. And again it is made according to my sci-fi setting. The entire Additional Mission Pack is already released, in which the action is dedicated to the events of 2098 on planet Earth. But after this package, you should wait for another mini-campaign, with name called "Dark Times of the Earth Alliance." The campaign will not be intended for the original Zero Hour, but directly for the modification SWG. 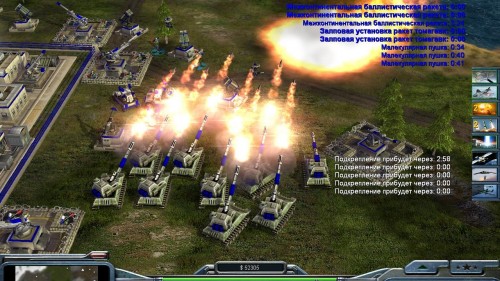 The plot of the campaign is this.
Long time before the Civil War of the XXIII century in the young state, nicknamed the Earth Alliance, there were global wars.
One of the most famous conflicts on Earth passed only 2 standard years, but managed to leave an indelible mark on history. This happened even before the proclamation of the Order by the interracial galactic organization. 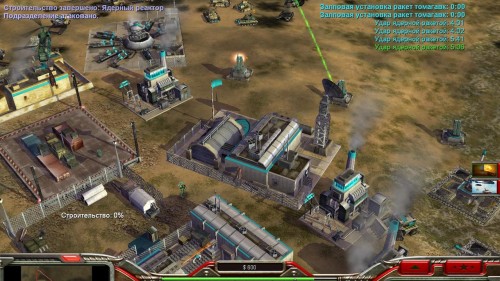 In 2187, the Ministry of Earth Defense, led by Milicenta Nikolic, organized a coup against President Juan Wilson, falsely accused of collaborating with the Bradatus cartels. The Minister of Defense Milicenta Nikolic declared herself the head of the Supreme Representation of the Earth, establishing a totalitarian dictatorship. In the same year, the Governor-General of Mars, Azariah Japheth, eliminated all Wilson administrators, subjugating the red planet. Japheth spoke on the side of the Minister of Defense Nikolic and intended to lead the army of the Earth Alliance in all star systems. President Wilson was shot for "treason and betrayal of mankind," and a record of the execution was broadcast across all the planets of the Alliance. However, the other members of the government supporting the murdered president, as well as the main population, opposed Nikolic and Japheth.
Cruel and terrible civil war has come to Earth Alliance.... 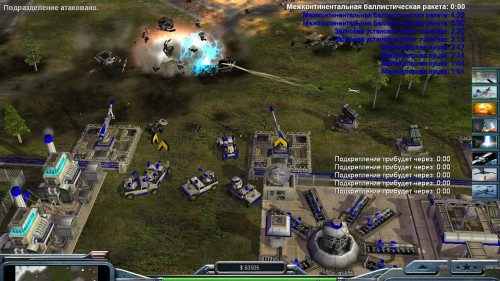 ack consist of several single-player and multiplayer maps:
1. Dark Times 2190
This is a map-campaign about event in the Earth Alliance in 2190 year AD. Earth state is in the cruel civil war between forces of Rebels and president Milicenta Nikolic. Main task for player - is destroy the forces of Nikolic in her fortress in Antarctic-city. You need at first to defend your own base 5 times from the greatest enemy army, and then you need to destroy Milicenta and her commanders.
(also there is another version of this map for neophites in Zero Hour)
2. Kurgansk
This is the map about XXVI century. Its can be compatible with multiplayer. Its a typical skirmish map but with the big neutral Coalition base in the center of hill. You need to capture it, because its can help you against enemy forces. Its for 6 players.
3. South Hattusha
Again skirmish map about XXVI century. Can be used also in multiplayer. There is a base of Coalition forces and Nargon Republic in the east of map. Also there are too much ancient temples here. Its a really beautiful map for 2 players.

Installation is simple. Just take all content to the Maps folder.

Not many info about myself:
I started to write in the age of my childhood. I have 2 published books and many stories in russian journals (or internet-communities). First my book "Legend of the Moon Landscape" was dedicated to my grandfather, hero of Russia, proffessor A.Rodnikov. He was my first teacher in my writings and a very big man in my country. He also had the government protection. As for me - i am still writing and doing my work for his memory. Now my literature program - to show his work to the world community, because my grandfather deserved it. Also i have a full sci-fi universe, and you can not only see it, but play it too.

If you need to know about my literature studios, here you are links:

Russian articles about my own project (ZH)

APB update coming soon! In the meantime, have a dev blog of the latest changes that will be implemented. Water effects tweaked, Battlefield Unit Reference...

A small update of things happening. Our high-res GDI mechs, a few more kill icons, and what to look forward to in the coming week.

This is an expansion pack for Battle for Middle Earth II. It adds new armies such as Arnor & Angmar and has many new expanded heroes and units. The game...

After years of conflict, the Allies are finally on the brink of victory. Cowering behind the walls of the Kremlin, the Soviets decide to turn to one last...

Using the Lord Of The Rings movie license, The Battle for Middle-earth is a Real-Time Strategy game based upon both the renown literary works of J.R.R...

March, 2047. A massive nuclear fireball explodes high in the night sky, marking the dramatic beginning to the Third Tiberium War. The infamous Kane has...

Wage war in the North and assume command of the most storied civilizations in all of Middle-earth history - the Elven and Dwarven armies - or fight on...

Tiberian Sun Reborn is a standalone game recreating the universe of Tiberian Sun in a FPS. The project first started in 2004 with a first release in 2008...

It's funny how some trolls are going after our standalone mod ( Indiedb.com ) saying it is a pirated version.
Although it is true we use some assets from the original game most of the content we added is created by our developers. The no-cd thing is required for ANY standalone mod based on the SAGE engine to be able to run. This includes the releases of them guys that are now bashing this release @ TSR and AR. Even APB and TCW use it.

This Engine has lags and so BAD! .CC Generals uses SAGE engine and it has performance problems on Modern OS like;Win8.1 x64...

where can i get Sage engine pls help??? I need it for a Mod

i probably sound like a complete retard here guys but im new to this sorta thing so could anyone give me advice to how to get these engines??

You have to buy a game that has this engine. After that, you decompile it and use it. You have to get permission from EA though, otherwise you could run into some legal issues, however.

1. buy a game that uses SAGE engine.
Examples: C&C3, RA3, C&C Generals
2. learn how to code with the .INI files
3. if you are going to make a game with this engine, make sure that the textures, models, gameplay, is completely different
4. if you have a copyright problem with the engine,
just make a total conversion mod

Hello! I need to learn how I can open up the official SP missions from TW in world builder. So that I can look at the scripting and stuff. Please let me know!

There should be a file with the name Maps or something. Open it with XCC Mixer, extract and open using world builder. You may need to go inside every directory inside the game's folder before you find it. In C&C4 it's in Data

one of the best RTS engines out there.