The Obelisk Engine is a Graphics Engine that uses high quality detail and designed to run on multiple platforms, The Obelisk uses the ShadowEdge Physics Engine for its lighting and physics. 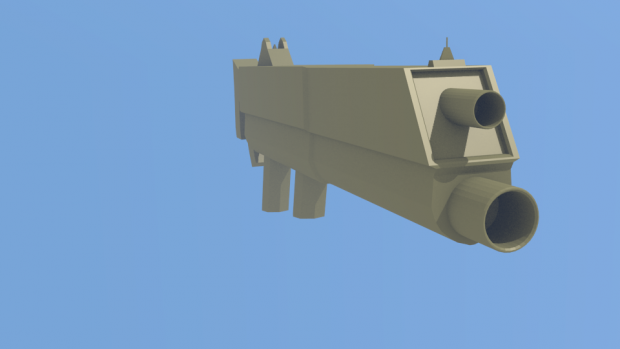 The first model design was originally inspired by the G36K when you look at the front but minus the scope. we were looking at weapon models from many western armies as well as other shooter games to see how they modelled their Assault Rifles and how our one will be different, however after making the first model, we felt it looked too simple. There was no cartridge section for the grenades and looking at the magazine for the bullets, it seemed more of a weapon that only fires pistol rounds.

Looking for more inspirations:
When we resumed researching for firearms, we decided to not just look at Assault Rifles, but also Shotguns, Grenade Launchers and Submachine guns. The weapons we planned to base our newer rendition of the AR were the AA-12 Automatic Shotgun, The SCAR-H Assault Rifle and also our first rendition and decided to create all three in one in terms of weapon layout. 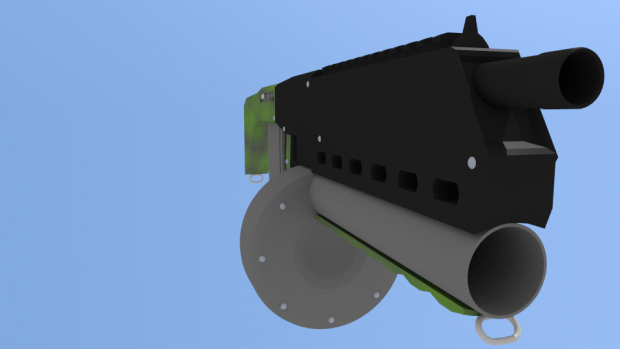 This is the newest rendition of the Assault which we will be using for the final game. We still kept the front of the weapon the same (with the exception of a longer barrel). The Iron sight is slightly taller than the previous model, we also included a attachment rail on the top as well to give it a more realistic feel which was inspired by the SCAR-L's Attachment rail. The Grenade Launcher is no longer built into the model but is attached by magnets as well as a grenade launcher drum magazine inspired by the drum magazine of the AA-12 Automatic Shotgun. The Bullet magazine cartridge is more larger than the previous and also has a more complex ejector port.

This is our greatest work so far in terms of weaponry and the Assault Rifle has seen a major modification to look more menacing.

The Weapon Functions:
The Primary Fire is your simple rapid fire motion similar to the most common of machine guns, the damage of a individual shot is very poor but makes up for it with rapid fire and hitscan system.

The Secondary Fire obviously fires grenades but the grenade launcher fires in a automatic way like a automatic shotgun, the damage done by these grenades are medium but shooting 3 rounds at your enemy within 2 seconds with bring them down and expect some body parts flying afterwards.

A cool feature is that there is a ammunition counter on the side of the weapon which tells you how much rounds you have left even though you have a HUD but what's the fun in that?

Weapon Description:
"The AR2100 has served in almost every human military force around the galaxy for over 63 years but it still has proven itself to be a favourite to the troops. The weapons popularity within the military is that high that even the founders of the Obelisk Leagues has brought this galactic war machine into their tournaments and has already become an icon."

Take a look at how our weapons get modelled and see what we have do to create this new generation Multiplayer shooter.

What a better way to start the new year than news.

uploaded a video of 5amura1 running around a pre made ShadowEdge world which we use to test certain scenarios.

Multiplayer Tower Defense and Attack. 3 vs 3 battles where you defend your own base while assaulting your opponents. There are many races to choose from...

Welcome To Football 101 is an upcoming Football video game being developed by L-mod United Kingdom for the Xbox ONE and Playstation 4. Using the latest...

Mod SDK & Community
Built a game for Obelisk Engine and want to support mods? Try mod.io, a cross-platform mod SDK created by Mod DB which makes it easy to get a mod community up and running in-game. Currently seeking games to integrate and promote