PARADISE LOST:
• Added completely new bloody textures for Katana. (Because it didn't had any).
• Added lever sound for Lever-Action Shotgun.

POSTAL 2:
• Removed POOSTAL 4, Paradise Lost and Social Media ads from main menu. You're welcome!
• Secret "Custom Difficulty" mode now can be accesed by double clicking on Difficulty option.
• Improved Muzzle Flashes and new smoke effects for weapons.
• Improved positions of ALL first person weapons animations.
• Changed weapon bob effect value from 0.975 to 1.10 (With exception for Beta Shotgun, it uses 1.27 like in Classic P2 versions).
• Changed POSTAL 2 Logo in main menu.
• Changed some weapons groups and chronology for easier and more intuitive selection.
• Changed weapon and item selectors design.
• Increased Shovel, Baton damage and Machine Gun fire rate a bit - It's (M16) fire power should be the same as in classic versions of POSTAL2. Why RWS nerfed it that much it became almost useless? No idea.
• Changed Baseball Bat alt-attack. Just like primary attack it takes now 2 hits to destroy head of tougher enemies (cops, rws employees, army).
For normal bystanders it's still one-hit kill. Why I changed this? It was too OP and made Sledgehammer useless.
• Sawn-Off Shotgun uses now 2 ammo per shot so it's not that fucking overpowered now.
It's still VERY powerful, reload animation is a bit faster now so don't worry, it wasn't nerfed too much!
• Grenade Launcher shoots M79 Grenades now, just like in original ED instead of Hand Grenades (it also does have it's own separate ammo now).
• Changed max ammo amount for Napalm Launcher from 6 to 12. (I hate how it runs out of ammo so quickly!)
• Halloween Pitchfork does have it's own damage now. (it was using Shovel one before).
• Changed Axe alt damage. Now you can cut people in half just like in AWP.
• Increased ammo amount given by ED pickups. (Dynamite 1 -> 3, Glock 7 -> 20, MP5 25 -> 50).
• Removed skinflash effect from Glock since it was the only weapon in P2 that was using it. Ugh, these lazy rip-offs from Eternal Damnation that RWS did makes me insane.
• Removed Baton bloody textures. (These were really ugly! If there will be demand for it I could make new ones.)
• Beta Shotgun uses now Duede's "Beta" arms textures instead of John's arms (Eternal Damnation protagonist) Almost like in REAL beta!
• Rifle's scope fade out effect and zooming is a bit faster now.
• New HUD icons for some weapons and items. (Mainly replaced ones that had low quality).
• Removed Paradise Lost launch option in Main menu, it was useless.• Moved Achievements list to Options menu.

NOTE: I might made some changes but forgot to write them down in changelog... kek
Preview 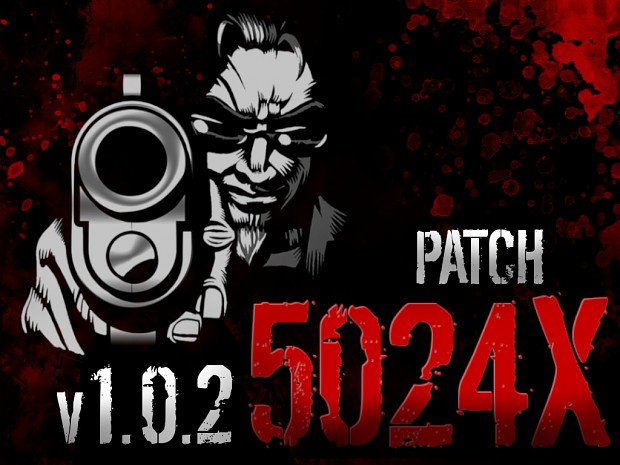 Here's a smol potch for peeps who have v1.01 already and don't want to download entire mod again.
Drive.google.com

I just discovered this patch. Keep the updates coming!

Hello Pan Man! I would like the next version to add blood on brass knuckles, add an explosion attack on an alternative shot for SMEG (enchanted mode)

That's because I wanted to use only P2 dialog so folks who are playing with dubbing in other language can enjoy my mod witout mixed dialogues.

But now when I think about it, it would be better to add these and just make a optional patch for non-english P2 versions that removes it.