Add file Winds of Winter for A Game of Thrones 1.6

NOTE: Something is broken in 2.7.* patches that caused this to crash whenever my maintenance fired after East Lord or North lord won their wars, I've stripped out the maintence to prevent crashing, but that also destroys much of the end game of the scenario (certain characters don't get their claimed titles in a One Big Win scenario and certain special titles aren't destroyed when they win, and other minor things) I'd suggest rolling back to 2.6.3 and AGOT 1.32 and using the link below. Sets up a scenario for Season 6 of Game of Thrones in the AGOT mod. Work in Progress but major plot points should be addressed. The North should head south, and if they win, should get a Custom COA, created by AGOT forum user Genomega123. And a certain character should die along the way. The West should gain a new title and upset the realm, while the East should declare a war for the West at the head of their new found army. If the East wins, the Hand and a ship captain will receive their ancestral

Be warned that landless characters are busted in CK2, so the East character will probably crash alot.

Changes from the AGoT Mod:

A New Bookmark
Jon kills Allister, leaves the Nightswatch to Edd, is legitimized as a Stark, and starts a war for the North out of New Gift with the Wildlings getting Brandon's Gift. Then all the independent Northern lords will get the choice to support him or not. Jon Snow gets a custom CoA.
Event for Cersei to blow up part of King's Landing, killing much of the Tyrells, her uncle, and cousin. Then Tommen will kill himself and Cersei will assume the Throne, becoming mad in the process, Jaime will be removed from the Kingsguard and assume the Westerlands.
Dany will gather a fleet of 200 ships, and get 10k Dothraki, leave Meereen to Daario, and declare war on the Iron Throne, Dorne and the Reach will join her.
Davos will abandon lands and join Jon, named Hand.
Tyrion and Varys, Asha and Theon, join Dany, Tyrion is named Hand.
Arya kills some of the Freys(Lothar and the Black currently I believe) and serves them to Walder, who dies, then disappears to a random Northern Lord
Rickon dies
Hizdar(sp?) dies
Bran enters the Shadow Tower
If Jon wins, Ramsay is executed by Sansa, all his titles go to Jon, Umber and Karstark leaders are arrested and named traitors, so Jon can revoke titles and execute.
Cersei should get an offer from Euron for marriage in exchange for joining her in her war.
If Jon wins, then Bran and Meera eventually join him( Dany holding the IT speeds this up ) in Winterfell and tells him about his vision, Jon has the choice to accept it and become a Targ, Accept it and stay a Stark, or reject it. If he accepts it, Dany will receive a message, she can accept it or deny it. Accepting it calls back to Jon where he can offer a marriage, matty marriage, or dismiss it. Accepting that ships back to Dany who can accept the proposal or reject it.
If Dany wins her claim, then Asha should get the Iron Isles and swear to Dany and Tyrion should get the Westerlands while Jaime kills Cersei and leaves.

Lady Stoneheart shouldn't exist, Beric should still have BoB and Sander should join it.

Slaver's Bay should be renamed Dragons Bay.
Before the Bookmark:
Stannis dies, his daughter is sacrificed, and wife commits suicide. Tommen gets Stormlands
Lyana becomes Lady of Bear Island
Tormund gets Brandon's Gift
Winter gets much of the BTW
Dany gets Yunkai and Astapor
Walder gets Riverlands
Jon and Edd become friends
Dorne is in Ellaria's hands, becomes Cersei's rival
All of Davos' kids are dead
Sansa marries Ramsay then leaves him
Varys Tyrion Friends
Sam and Gilly bom chicka wow wow
Jojen's dead in battle
Rickon is Ramsay's prisoner
What's his face Umber and Whoseits Karstark get their father's titles and join Ramsay, becoming rivals of Jon 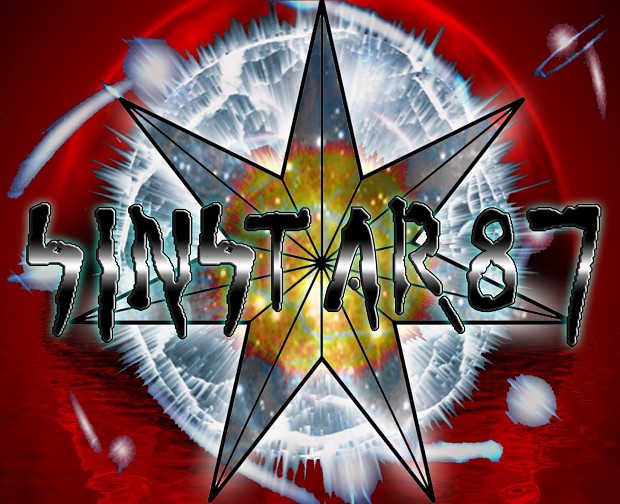 No, I'd assume if it's not working then it edits many of the history files so would require maintaining 2 versions.

you should make a download folder for all of you mods all together, it discourages me that i have to download each 1 by 1 ._.

Discourages me thinking about maintain 2 versions of a mod.

yea, i was the one being stoopid, btw, is there a way of making direwolfs actual characters with names and stuff?

and yeah, is Daenerys supposed to be an Empress?

yes? Not sure what you mean.

There is but noone's overly interested in doing it.

keep getting nightswatch events when playing as jon snow, is this due to an outdated submod?

No idea I can only explain things I can replicate, I didn't get nightswatch events. Are you using a mac by chance? There's known issues between AGOT and macs that screw with things.

even when I start game it calls him lord commander snow, is there any submods this won't work with ?

anything that edits history files.

I use bloodlines, more decisions, challenge to duel, Collins guard and winters ruin

I don't think any of those are conflicting, only thing I can think that'd be causing an issue is if you are using a mac. If you aren't, try redownloading and doing a clean install of AGOT and the submods.

not using a mac, thanks anyway will try that.

same here, lots of blank events. only this mod being ysed

hey please help, for some reason when i play as jon after i get the messages about lords joining my side a bunch of blank text box pop up and i dont know what to do :( There's not even an ok button

Are you using it with other mods? it's a symptom of a broken event but I don't have that issue. Threw another version up to move some characters, try it.

i have AGOT Ruler Desiger Unlocked, Your Visit Chamber and Sword mod, Sketchy Traits Mod and that's it.

Just tested it with my visit chamber and the Sinful swords(which is out of date, it's last update was 1.12) and still can't replicate the blank events. Try turning off all other mods and using Winds of Winter and see if it still happens, if it doesn't it's probably one of those other 2 causing a problem.

i got it, it's probably because of an event from sketchy traits, thanks

Same answer, I can't replicate it.

I downloaded both 1.4 and 1.3 and on both the bookmark for winds of winter does not show up in my game. Is there something I am doing wrong?

I can't say. I know they work, you sure you installed them correctly?

Yes they are for sure installed correctly.

Well there are lots of changes from 1.4.1 to 1.5 are you trying to use it outside of the listed version?

I uploaded the 1.5 version, still doesn't have end game code cause of the 2.7 crashing issue. so I still doing a rollback to play the 1.3 version.

Ok thank you. Also I read somewhere on one of your posts that you were working on a more book centered version of WoW. Any chance you are still working on it?

It was unkilling some of the book characters and setting them up to do battle.(Arianne starts in Stormlands, Young Griff goes for the stormlands, Davos' Youngest sons are still alive, etc)

If you have suggestions for further edits than that you can post them on either of these links.(ModDb doesn't notify me of messages so I all too often miss posts made on here :/)
Steamcommunity.com

It really doesn't work with 2.7? Can I expect it to completely crash at the end or it is rare and still playable? :)

I had to strip out the end game code, so the stuff that happens when various characters win their wars no longer happens in the 1.4/1.5 versions.

Can you give me an example (maybe with spoiler alerts) what normally would happen, but doesn't happen now. Is it limiting gameplay in any way?

Jon would seize winterfell, its duchy, the Bolton lands and umber and karstark would be arrested as traitors.
Without it, Jon gets the North.

Dany would take the IT and accompanying lands, Asha would get the Iron Isles, Tyrion would get Westerlands.
Without it, Dany gets the IT.

Thanks :) I'm glad you enjoy them. I've written a book, you might enjoy that as well :D

Thanks for anwsering my question.

I feel like I owe it to you to check it out at least. Where can I find it? If it's as promising as your mods it's bound to be a great read.

If you end reading it, I'd appreciate an honest review. Whether you like it or hate it.
Goodreads.com

I haven't rolled back and so far the only thing that's hampering gameplay is that I can't find a way to destroy special titles. For expample 'kingdom under jon' or 'sansa's flight'. Is there a way for me to destroy those titles myself (console or document editing)?

Uploaded a version that SHOULD let you destroy those titles once landed.

When I open a loaded game, Jon's sigil is the Bolton's flayed man.. Any ideas?

It's very likely because I was forced to strip out the endgame stuff because it'd crash with the 2.7 patch, I highly suggest people use the 1.3 version and roll back.

Baelish as Lord Paramount of the Vale seems to mess some things up for me in terms of succession there - maybe the Lord Paramount could be the same and Baelish could be regent? Unless there is some reason this cannot work - just a suggestion. I also find I can't delete Jon or Sansa's temporary titles (and therefore can't bring Sansa back to court) after he wins. I there a way this can be fixed, or am I going about it wrong? Thanks for the cool mod!

IDK what you mean it screws up succession but try this.
Dropbox.com of Winter 1.5v2.7z?dl=0

sorry moddb seems to have chopped that up
Reddit.com

Can i ask , should i activated r+l=j?

probably not, my version of it works differently than AGOT's.

Also , i dont know how to triggered event jon got stabbed or anything like in the show . What should i do ?

This mod is set after Jon was stabbed

I played the winds of winter bookmarks , at start of the game i only getting invasion from white walker . Should i lose it , cause i only make white peace since i dont have enough men ? How to get the north kingdom from that bookmark ?

No idea, try the one here, see if it's ok:
Reddit.com