Being a spreadsheet comparing items / weapons in wolf 3D, doom 1 & 2, quake 1, 2, & 3. Tabs: list of weapon item equivalents for all games described, 4 tabs of item descriptions with map spawn functions per game engine, a tab of conversion info used in making my mods, and a code verification sheet I used in early painkeep 2.x development. NOTE: this is not source code, or playable game material. It is a series of information indexes I have compiled over the years to aid in making quake engine mods. This could be useful if you want to make a mod that uses items appearing in another game. It covers statistical information such as ammo loads, respawn times and fire rates. Zip file contains both .gnumeric and .xls versions (they contain the exact same data) of the spreadsheet. This is the second release in a recent initiative to make the tools I have developed available to the mod community at large. 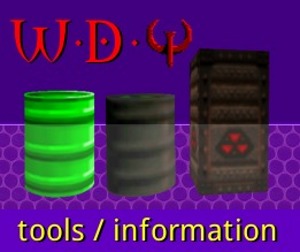 Thanks. wait till I release my map compile tools - can edit quake one maps in GTK radiant and compile them seamless.