It's finally here! The Beta build of Void Commander includes a number of audio and visual tweaks and fixes, as well as new Station capture mechanics (they're time-based now rather than having shield health), AI behaviors, unit balance, and map layout. Our particle engine was completely revamped, and our menus and HUD were given a lot of the functionality they were missing during Alpha. As always, direct any dump files the game puts in your install directory on crash to teambabyninja-at-gmail-dot-com. Known issues include some HUD elements not scaling with the rest of the game in addition to those mentioned in the readme. Also, we still don't have keyboard diagonal movement yet. 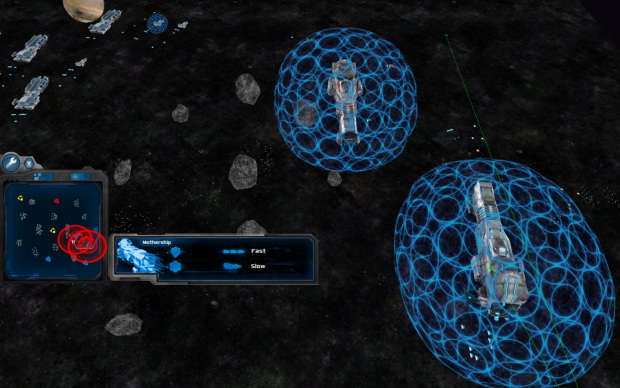