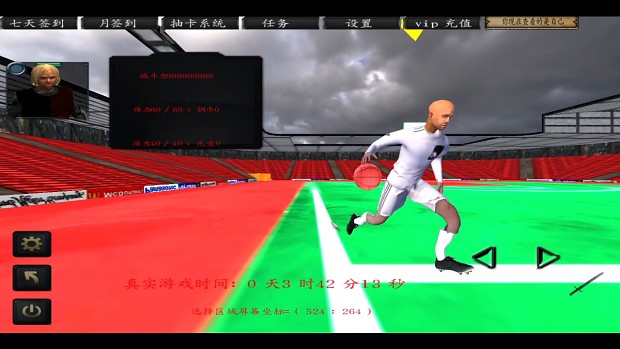 since v0.7 Renamed as Mountblade Warband Violence Basketball & Football , Football can only be triggered in wartime when playing with football fans in the field. The rules are temporarily similar to football, but the action and projection place are different.

1. Fixed a bug where two players could not quit the game if they were less than 6.

3. In the beginning, for the sake of balance, we didn't have the patience to consider numerical problems, so we forced all units to reach the maximum attribute value before. In consideration of the particularity of heroes, now we also set aside 100 proficiency for all hero units initially

1. Add some familiar QQ group member ID avatar as the team uniform NPC, these players will get a random skill at the beginning of the game (Donghai, Qianshi, Xiao Luo, Xiao Yan, the end of summer, etc.)

2. Player teams with NPC heroes will have priority in playing all players.

1. Fix the problem that the ball may be suspended in the air after the cylinder trap arches the ball control unit, and optimize the bug detection method (automatic repair for abnormal air lag judgment).

2. The animalized RAMS and basketball animalized skills are now available to players and Swat nations. Other nations have initially added some skills. For example, Nord soldiers can use unlimited shield, summon a shield that can rotate around itself and control its radius, block arrows, and push people around.

1. Add obstacles. Some obstacles will be raised and retrieved randomly on the site. The types of obstacles entered each time are random and unified, either wooden stakes or barbed wire, etc.