This is a mod for vampirism currently adding a few traits, some events and a hunger system. Disease system works with or without Reaper's Due You can now become a vampire and create your own thrall or cattle. Vampire rulers will attract other vampires, lowborn and nobles, to their realms which they can recruit as a standing levy. You can feed off prisoners, your court or the peasants. Based mostly off TES vampires I have now decided to call this beta instead of alpha. Recommended DLC: Reaper's Due, Legacy of Rome, Way of Life My thanks to Silfae for letting me use his icons If anyone would be willing to contribute icons/event pictures I'd appreciate it (my artwork isnt exactly great) 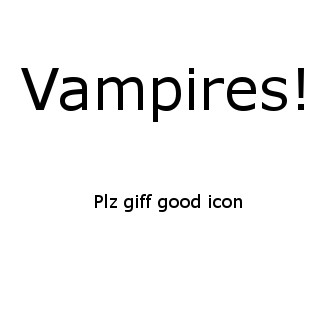 What do the different stages of vampires do?

Give you different options in certain events. Let you take more decisions and give you more stats

I did not have a patience to playtest it fully (feeding is too annoying, yes), but:

1) Hunger stages and the whole Feeding system should not exist. Period.
As is, they make the mod borderline unplayable. Who did you even think that pausing a game every month or so is a good idea? Hideously annoying.

If you want feeding to be relevant, it should be a decision (intrigue panel) that you set once and it goes on and on (i.e. automatically), until some random extraordinary event happens or you go back to the decision "Change Feeding" and you get an event menu where you choose (flag) how you will feed.

Examples:
- Feed on peasants: +10% revolt risk in capital province
- Feed on prisoners: must have at least 5 in prison/oubliette at all times
- Feed on commercial basis: -20% taxes or -5 gold per year/month
- Feed on courtiers: an event (which is hidden! with MTTH being a year or two) that checks against character's personal Intrigue attribute (grants health penalty to courtier), and goes "proper event mode" only if this check failed, to inform you that trying to feed on [insert courtier name] did not go well and he has opinion penalty now.

2) Porphyria is effectively bugged.
To progress (vamp.10 event) character requires flag "turning into vampire" as a trigger instead of having Porphyria trait. I.e. it is impossible to get proper Porphyria in Ruler Designer. It should be either removed from Designer or vamp.10 should check for actual trait. The latter option is obviously the correct one.

3) Vampire traits are also effectively bugged.
Instead of having both "Vampire" and "Vampire [stage]" traits, characters should have only one Vampire trait (Young Vampire/Vampire/Vampire Lord), that should be choosable in Ruler Designer.

Example (MTTH 100 years) events:
a) "Ruins uncovered": crypt with Ancient Vampire is found. Learning check to see if you manage to get some Culture points. -10 characters that starts event chain in which you can get infected.

b) "Shady Trader" event in which (30% chance) trader might sell vampire blood that character might use via decision and get Porphyria.

c) "Go hunt some vampires" event chain with Vampires hunting in countryside for Martial characters (or Marshal) that might kill/infect, or grant Vampire Hunter trait.

d) Lowborn Intrigue-vampire characters might arrive at court and go around infecting people and turning them into vampires.

5) Vampire Retinues via Vampire Cultures is a bad idea.

If you really want to have Vampire retinues (not non-replenishing Vampire armies hireable (a-la Tribal Armies) via Decision; nor mercenary bands for vampire characters only), you need to check if player has one of the Vampire trait - Vampire or Vampire Lord - or if there is a "Vampire Den" building in player's capital county (which should be buildable only by vampire characters).

I support you and the developer.