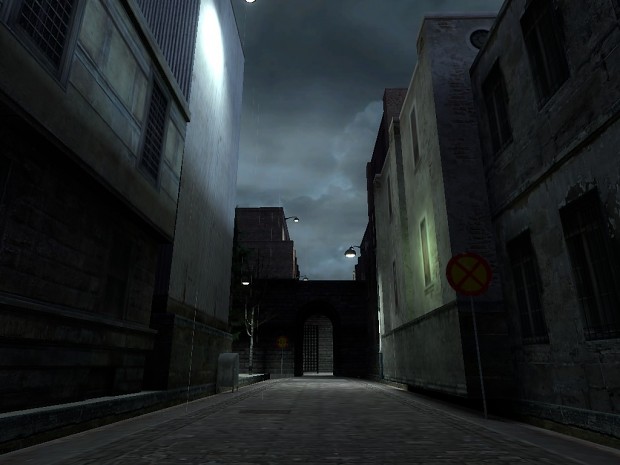 If anyone's got any bugs to report, post 'em here and I'll get to fixing them.

Posted some and some ideas on mod's main page :).

Um, I downloaded the mod plus all the updates and patches for it, and all the maps worked perfect when I started the mod for the first time. But then the next time I started it, now all the maps are in fullbright or just completely black. I'm not sure if I did anything to affect this, but I really need help.

Strange, I haven't gotten word from anybody else on this. you could try setting mat_fullbright to 0, but that's my only solution since nobody else has had this problem.

Hmm, didn't work. mat_fullbright is already set to 0. Oh yeah, and for some reason water and 3d skyboxes aren't working correctly either.

do i have to get the aplha?

the filename of update rar is same as Old Alpha, makes it confusing for downloading, just make a whole full download. Its confusing on getting all the files, but can't wait to check it out!

There's a glitch where when I try and load d2_airex_02, the game crashes. The error message includes: "No free edicts". A bug fix for that would be much appreciated.

I got it and installed it the right way but cant find it in my steam library :/

Hi zealot i just wonder could you do more of Street war and Citadle maps?

We're working on them.

Vertigo is now included into the mod? Oh yes.

Eh, don't expect much from it at the moment but yeah it's there.

d2_airex_02 crashes when I start it and gives me this error "ED_Aloc: no free edicts" and when I start most of c17_04 maps, I get a lot of red "X" particles filling my screen and not letting me see trough the map.

I really like everything else, it is normal for a recent update to have bugs.

I haven't had the d2_airex_02 thing happen. Can you tell me how you load it? As for the particle thing, I'll post a fix for it in just a second.

Well, it does happen every time I try to play it, even if I load it from the console or just play from d2_airex_start :(

Fix for the broken rain particles here! Extract it to your Insolence folder.
Dropbox.com

I did, Clicking the link sends me to the 404 Dropbox page.

Zealot i have a problem,i cant see the shotgun or the HMG1 and when i fire ONCE the shotgun it shoots 6 rounds

I do have a question. I really want this mod, but i don't have Episode 1 or 2 bought. Is there any way i can get this to work without them?

You could remove the additionalcontentIDs in the mod's gameinfo.txt. That's how I got it running.

I started up c17_04 and as soon as the rain started to drop, my screen was filled with red colors, as if the game couldn't find the rain/splash texture

EDIT: nevermind, saw the fix, keep up the great work! :)

I put these maps in my garrysmod maps folder, and I put everything else in the main garrysmod folder, 'Steam>Steamapps>common>GarrysMod>garrysmod'
But there's missing textures and error models! Can someone help? >_>

in gmod there should be a cfg folder. use mount.cfg to install it

how do i install

Can someone tell me how to install this?

I've done that, restarted steam and it doesnt show up :/

Do you have HL2 EP1 and EP2 installed?

Yes, Everything is installed, done this many times over and over again. Still wont work

I know how to install it and all, Problem is when i restart steam it just doesnt show up in my library

Fantastic mod! love it. this mod needs more attention. one of my top best half life 2 beta recreations. I have one bug though. on the map city17_04 the rain is replaced with red X's. it lags up the game and I can't see a thing. can you please fix this? help is much appreciated.

d2_airex_02 crashes the game when it's loading, and shows me this error "ED_Aloc: no free edicts".

is this the full version?

gameinfo is missing. does this require the alpha then?