Final version of Unofficial Patch 1.41, including the hotfix, upgrading features of 1.31 on the new version from the devs. Includes an installer. Read the description below...

Unofficial Patch 1.41 for The Elder Scrolls

(includes fixes of mine and Gigantus, great thanks to him especially for the installer)

(if you have previously installed the BETA, it is adviced you start again from clean. Otherwise the voices might be still bugged)

3. After the installation is finished, go to The_Elder_Scrolls/data/sounds and delete events.idx and events.dat (to fix the voices)
4. You are ready to play!

No other files or patches are necessary.

What wasnt in the BETA/ what was fixed:

(full features are further below)

Recruitment, units and buildings
- Recruitment based on religion - You need to convert foreign settlements before you can hire there new units.
- Massivel rebalanced unit stats (especially unit costs and upkeeps) and recruitment trees (upgrading military buildings is necessary to get elite units, etc)
- Unit additions - For The Undead, Dunmer, Redguards, Orsimer. Few more variants of siege crews. Readded some units removed by 1.4. . Made generals recruitable for all factions.
- All units now can be recruited.
- Tasunke's Esperitus Sancti mage improvement included.

- Added several new buildings, such as temples, knight chapters, etc
- Spies, assassins and Fighters Guild units can be recruited from guild buildings (thus, you need to accumulate guild points to build them)
- List of AoR units: (at the bottom of this page)

Traits and Ancillaries Overhaul
Ratial traits - All major races of Tamriel are in game via traits. Effects of these traits might be slightly changing player's strategy for some factions
Birthsign traits - Every new character is randomly born into certain star constellation, giving him small bonuses.
Religion traits - Characters with high piety might become dedicated followers of one of the gods, giving them small bonuses.
Khajiit traits - Many traits from khajiit culture has been added, as well as khajiit name suffixes.
Faction leader traits - These traits usually have two levels. The first, basis level is granted when a character becomes faction leader. The second level might be obtained if a faction leader unites the entire province/becomes more powerful. Example - Grandmaster of House Hlaalu/King of Morrowind.
Vampires, Werewolves - Vampyrism and Lycanthropy is now imgame. Your generals might get bitten...
Governor ancillaries - Governor ancillaries for most of settlements. Titles are not the same for each faction. For example if a nord becomes lord of Anvil, he is called jarl, while an altmer would become canonreeve.
Special ancillaries - For various special military units/guilds/orders (for example the companions, dragonguard, etc)
Character Ancillaries - For important characters, such as Sotha-Sil, Molag Bal, Hero of Kvatch, etc
And many more...

- See the articles for details

Changes to official 1.41
Almost all features of the official 1.41 included, except - their recruitment and unit balance system (overhauled), changes to events - you can no longer obtain Mannimarco (as you can play the undead faction instead now). Dawnguard script moved to the 2nd and 4th era campaigns, Harkon script availible only in campaigns where the undead are not playable. You can no longer choose whether Oblivion Crisis happens (and of course, the invasion was improved, so its no longer that imbalanced), you can now upgrade fortresses to citadels. Fighters guild turned to actual guilds. Replaced 1.41 governor ancs with our ones. Removed few other ancillaries (=replaced with our variants), added triggers to armor/weapon/shield/banner ancs. Added more ports, changed some borders, and really lot of smaller things naturally....

Bugs:
- There seem be relatively lot of crashes. However most of them can get solved simply by reloading so rather make more saves.

- There are also many bugs, as I didnt have time to test everything properly, thus report everything you find, thus I can fix them asap!
- Help us fix the bugs - Whenever you approach any bug/crash, help us get rid of them, by reporting it to me (messages or posts). The report should contain report from log file (Medieval II Total War/logs) or/and a save made just before the crash!
- Some battle settleement models might be incorrect.

- A hotfix/patch should be released circa a month from now, fixing the crashes (with yout help), and including several new features from my team, that they havent managed to provide on time. 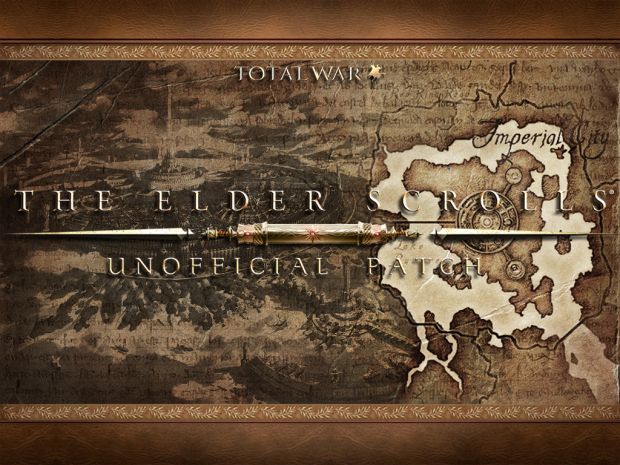 CHEESE, CHEESE FOR EVERYONE!!!

Someone would have to translate it first.
That reminds me to remind you not to choose russian language in the launcher if the game lets you. Considering there are not the new entries in the russian txt files,it would very likely crash, and if it did not,the entire game would be messed up anyway...

i missing music in world map is this normal? i alsow have ban interface in city manager

It is not, try reinstalling (make sure you followed install instructions)

bad interface* how i can bring the original? music i fixerd
Ibb.co

Well, seems okay to me.

Lotta changes for interface were done, not sure if bringing in the original would work well.

Also, heads up. Seems very a few factions ( 3 or 4 I think) somehow still ended up having wrong voices. Should get fixed at some point...

I was getting a CTD with Jauffre, Darius and Bridwell in the previous version any time I tried to fight a manual battle with them and it is still happening in this version. Any ideas on how I can fix this?

Great mod btw, just a boit annoying I can;t use them on the field.

Thnx for report, when i have time will check whats wrong with these guys

Thank you guys, you are saving me right now as i love the undead and NO freaking game is about them! I will look forward to play them, great job and kudos to the team

Hi new to the mod how would one recruit new AoR units? Like the Blades for the Empire.

Press "Read more" in the description above, its in the bottom of the list. Of course, you usually need to build higher level of barracks or other buildings to get them. Check building trees in specific AoR settlements

To fix bugged voices, simply go to The_Elder_Scrolls/data/sounds and delete events.dat and events.idx. no idea how could I have forgotten about these two files... (apologies it took so long but after the release I didnt have any time to look into it).

In a few days Ill release a small hotfix, including this fix, further voice polishing/additions, and some other not so essential stuff (like incorrect portraits, buggy general bodyguards,etc. Maybe also something more, as I finally have more free time again)

I cant launch the submod...any help

You need to tell me more info, otherwise I can hardly help you. How exactly can you not launch it? Does it crash?

For me, it loads fine but when I click some of the custom campaigns (such as the oblivion one) or try to do a custom battle it crashes immediately to desktop. No error message no “medieval I total war failed” etc. just crash to desktop. I followed the install instructions.

no it didn't,well when I launch it it automatically turns off when its in the starting screen

So I have a weird issue where Valenwood on the campaign map uses the Khajiit voices even though in the file descr_sounds_accents it is under Altmer.

OKay actually I found a new issue I think; valenwood warriors and eldenwood warriors are not able to be recruited even with the highest level barracks/archery range. In addition, apparently any form of stable building is unable to be constructed by the faction, despite the buildings file saying it is able to be constructed by Valenwood. I am trying to go about fixing the units issue by editing the buildings file but does anyone else have this issue? Or is my file just messed up?

Its working, you can hire elite units only in castles, not cities. Cities are only for militia and medium tier units. Similarily, stables are only availible in castles as well as specialized archery ranges. Also keep in mind you have to convert population to your religion, for elite units its mostly 75%, Otherwise they are not availible in the recruitment pool

I do remember there was historical or 4thEra? where Ulfrick try to claim Skyrim, and the Imperials try to stop him? what happened to that "historical Campain" part? I know an early version of Elder Scrolls mod had it. too bad there isn't t any.. would be fun to play more of the 4th Era.

Its all there, You have to choose custom campaigns in the menu :)

The mod works perfectly fine hardly any crashes then i look at the area in morrowind that is black and its instant crash. help please

Heae about something like this for a first time... can you elaborate?

When im in the campaign map i can look at the whole map but when i look at the black part of the map in morrowind i crash... i know its odd.

Well, not sure what happened there. Reinstall might fix it

I played this mod a while ago it is pretty cool I only have suggestion, to allow the player to turn off the oblivion crisis (in the main campaign). sorry about the repost from my guest comment.

Its part of the lore and its not that hard to repel it (as I improved the scripts, unlike they did in the orignal game), so Im keeping it. Sorry :p