Add file Under the Hunters Moon

'Under the Hunter's Moon' is a multi-level Single Player campaign based on the 20th Century Fox movie, 'Alien vs Predator' (2004) explored from the Perspective of one of the Predator initiates that enters the pyramid. The Campaign is structured to follow the events of the AvP movie up until the point where two young Predators are killed by the Alien known as 'Grid'. That event does not occur in this Campaign and an alternate narrative branches just prior to this incident. You will be required to combat Humans and Aliens; and solve environmental obstacles and puzzles. Your goal is to complete specific Objectives in order to survive and finish the Campaign. You will then finally be acknowledged as worthy to join the the 'Brothers of the Spear' Clan as a fully fledged member of their Hunter caste.

IMPORTANT!
----------
You must use Aliens vs Predator 2 version 1.0.9.6 for this Custom Campaign to work. If your game has not been updated to this version, you can download the 1.0.9.6 update patch from:
Aliensvspredator2.gamefront.com
This is a Single Player only Custom Campaign which contains modded content and it is recommended that no other file.rez mods or maps are listed in the Launcher's Command Line field during use as unpreditictable results may occur.
There is no Multiplayer content present in this release. Use of this campaign is untested under Multiplayer conditions and upredictable results may occur if it is loaded during Multiplayer sessions.

Installation and Running.
-------------------------
Make sure AvP2 is updated to the latest version, which is currently: 1.0.9.6
Place the uhm.rez file in your 'c:\ProgramFiles\AliensVsPredator2' folder (Or other directory where the game is installed.)
Start the game; and in the Game Launcher's Main Menu select 'Options'.
Enter (copy & paste, if you like) into the 'Command-Line' field:
-rez uhm.rez
Check the box marked "Always specify these command-line parameters" to always load the campaign.
Return to the Game Launcher's Main Menu and select: 'Play'. The game will then start with new custom components loaded.
Choose: Single Player -> Custom Menu -> Worlds\Custom\Start_Campaign.

AI Notes.
---------
You will be accompanied on your Rite of Passsage Hunt by a pair of young AI Predator Escorts and they acknowledge you as their superior. You can Order basic commands to the Escorts by pressing the 'Use' key. Pressing it initially will command them to follow you. Pressing the key a second time will command them to hold their ground and guard a location. You will need to select them at the beginning of each map to command them to follow you. Selecting them again will once again command the Escorts to stand guard. ...and so on.
The Escorts will automatically attack an enemy when they come within visual range. On occasion, the Escorts will take damage from gunfire or from Alien close quarters combat. If the Escorts take too much damage, they will fall to the ground into an injured position. They will become vulnerable and unable to get back onto their feet and you must 'heal' them before they can continue to follow you. Heal the Escorts and have them follow you once again by selecting them with the 'Use' key. Once healed and on their feet, it may be necessary to select them again to order to command them to follow the Player or continue to attack an enemy.
Always make sure that your Escorts are following you. Their behaviour can provide information on safe pathways and assist the Player to avoid traps if observed carefully.

Weapons Notes.
--------------
'Under the Hunters Moon' features a weapons replacemnt mod that recreates the Predator weapons seen in the film (Wristblades, Combistick, Javelin, Netgun, Shuriken and Plasmacaster are all included. The Noose and Wrist Nuke is absent from the Campaign selection). The Plasma Pistol has been removed from the game's weapons set and has been replaced with a Player throwable Javelin. The Smart Disk has been replaced with by the Shuriken and the new weapon can be picked up later in the Campaign. A full graphical replacement has been made for these 2 weapons.
The Player will start the Campaign with Wristblades, Combistick and Javelin in their possession. If you throw and lose the Javelin, exploration of the map will allow the Player to locate new Javelins that may be picked up from a variety of locations.
The Escorts each use a different weapon. One carries a Combistick and the other carries a long Wristblade.
There are secret areas in each map and they may yield additional weapons or other useful or interesting features you can use.

Gameplay hints and Tips.
------------------------
The Campaign is designed to be played in the darkened room or near dark conditions, with lights switched off.
The pyramid is extremely dangerous. Many traps and hazards await the unwary Player - so stay alert.
Pay attention to your Escorts' whereabouts as they can guide you through or past dangerous locations.
Do not attack the Queen.
Do not confront the Queen.
Do not step on the Queen.

Version 1.1 To Do.
------------------
: I am not making any promises, but if I can justify creating an updated version 1.1 of 'Under the Hunter's Moon', I am anticipating it to include these additions:
* Any Authors may feel free to create and publicly distribute character skins (which are lacking in version 1.0) may see them included in version 1.1. Don't send your work to me directly, please post them online publicly and I will check them out.
* I also want to totally redo the world textures, so if anybody is up to making professional quality textures, then they too may be included in version 1.1. If you are interested and are capable of creating superior quality artwork than that which already appears in the campaign, then please contact me.
* Reported bugs will hopefully be addressed and fixed. (Hey, this is AvP2 we're talking about here, so success in addressing these issues can vary wildly.)
* Various fixes and tweaks, including improved cinematics.
* Additional content that I already have planned. 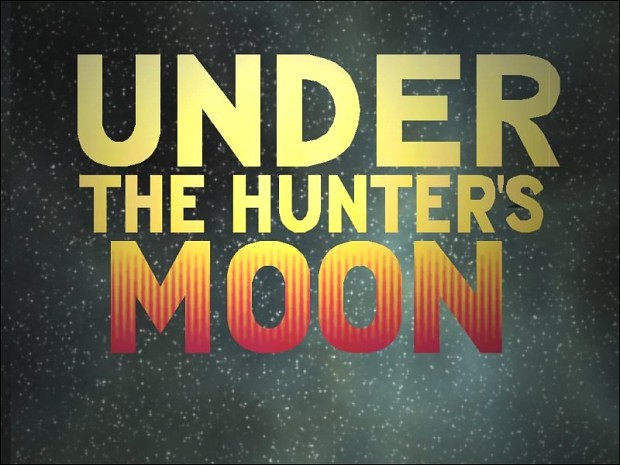 I know that is ridiculous to coment now here ,but i like, the mod of Under the hunters moon i really like it, but Why it doesnt work, I mean it apear the image but not the mod to selec in custom maps

I have right version of the game, I use right command in command line in Option but I have nothing in Custom maps

Under the Hunters Moon Aliens vs. Predator 2
Related Games