This is the first non-beta version , part of the 1492 mod is done. Half of South America is done , Africa is 1/2 finished, and North America is finished. I've added some decisions that aren't finished like form ireland and form Spain. I've added some eents and both world wars are finished. I've added the Incas,the Mayans and the Aztecs. I've made a decision to form russia but it isn't working. I've uploaded this because of a problem i was having but it must be fixed now. Next version will have 1492 finished i hope. Next time i'll also finish the Man in the High Castle. 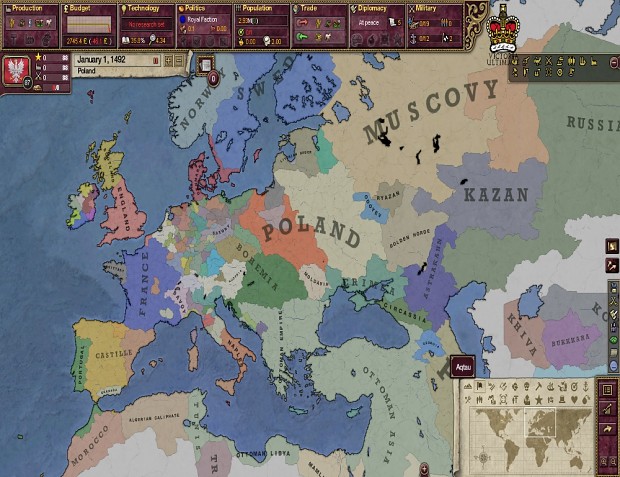 My game always get crashed if i want to start the game with the mod. Victoria 2 exe error. Any solution please? :)

i'm working on it, its something to do with the history files

Yeah, my game crashes too however doesn't say why, but ill go with the assumption that it is the same reason. Is there a way to fix it ourselves? or are we waiting on a another patch? if so any estimates to how long that'll take?

This is the whole Ultimate mod or just the year 1492? Cause I dont have the mod yet and its not availible to download here in this website

the whole mod but dont install it. It crashes at the loading history files but i fixed it but there's still another problem i need to fix

Will it soon be fixed? :o