NOTE: If you want to play as the playable wraith faction it needs to be above the other wraith factions in the in-game mod folder. In This Update I am Proudly removing the Wraith And Adding The Wraith Alliance, Todd's faction and Michael's Faction. (only wraith alliance playable) and adding the Wanderers to the Human Asgard Alliance (you can only use asgard and human blocks for now but the wanderer ships will still spawn as allies. This mod Demo contains: The Human-Asgard-Wanderer Alliance, The Wraith Alliance, Todd's Faction, Michaels's Faction, The Drones, The Goa`uld and The Ancients. ALL of this factions are NOT DONE but good playable. ALSO THESE FACTIONS ARE NOT ALL FACTIONS THAT THE FULL MOD WILL CONTAIN. #All Blocks from the Ancients are made by Lord_Lucifer. (Steam Account)

BY THE WAY THIS MOD HAS A FORUM HERE ON MODDB!!!!!

i changed the Wraith Because of this:

The Wraith civil war was the name given to a conflict that raged among theWraith Hive ships after the Battle of Atlantis in 2005 when the race believed that the Ancient city of Atlantis was destroyed and, thus, their only hope to find a rich new feeding ground was over.

With the Human population of the Pegasus galaxy having yet to sufficiently repopulate since the last great culling 150 years earlier, the numerous Wraith Hives engaged in active conflict with one another to secure what precious few habitable Human worlds of the Pegasus galaxy were available.

It is unknown as yet how the war with the Asurans has affected this conflict. The Wraith have been known to unite against common enemies, but as the Asurans have begun targeting humans and hoping to eliminate their food supply, this may exacerbate the already volatile situation.

Todd's faction in the war came into conflict with another faction who decided to use one of his feeding grounds. A Hive ship under Teyla Emmagan's command arrived and she ordered the enemy hive destroyed and a Wraith Dart attack launched in order to cause as many Wraith deaths as possible. In the battle that followed many of her Darts were destroyed and her Hive ship lost some of its weapons and was losing the battle until a Puddle Jumper flown by Lt. Colonel John Sheppardlaunched Drone weapons into the bottom of the enemy Hive causing a lot of damage. Teyla's Hive ship destroyed the enemy Hive easily after that scoring a victory for Todd's faction.

Over time, a new Hive Queen known as Death came into power over the Wraith factions with her uniting a great many of them in the absences of Atlantis and the Atlantis expedition. She also later kidnapped the Chief Science Officer of the expedition, Dr. Rodney McKay and had him converted into a Wraith named "Quicksilver" with McKay/Quicksilver becoming one of Death's loyal followers.

McKay was eventually rescued and returned to human form while Guide began gathering a new following to oppose Queen Death with the help of Teyla disguised as his queen, Steelflower. After learning that Atlantis had found Hyperion's weapon, Queen Death launched an all-out attack on Atlantis. Atlantis, the George Hammond, the Pride of the Genii and eventually a small Wraith fleet led by Guide defended Atlantis and battled Queen Death. Queen Death was killed by Teyla and her forces suffered heavy losses during the battle. Following Queen Death's end, her remaining forces surrendered to Queen Alabaster, Guide's daughter. 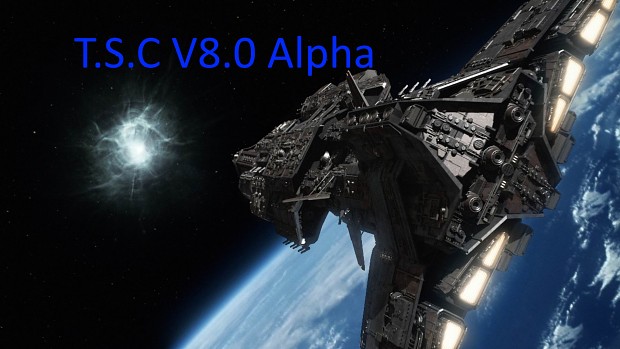