The TIE/vn space superiority fighter, formally known as the TIE vendetta space superiority fighter and also known as the TIE silencer, was an angular variant of the TIE line starfighters used by the First Order. A product of Sienar-Jaemus Fleet Systems, its aggressive design and equally impressive firepower was specifically crafted for use among the most elite members of the First Order. As such, the fighter was engineered for speed and handling, though lesser pilots were still often overwhelmed and unable to maintain control of the nimble ship. 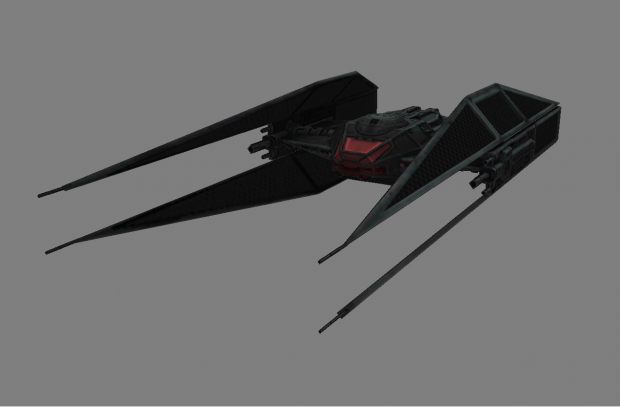