First official patch for the mod. /1_0 to 1_002/ ~ REQUIRES A NEW GAME IN ORDER TO WORK! ~ * Factions are now less vehement, therefore the game is less unstable, specially in the Cordon! * In case you were a Loner or simply a mercenarie, the Loner faction will now forgive you for shooting at Strelok during the final part of the game. * Fixed a potential crash with one of the weapons. * Slightly improved textures on the FAMAS "Felin 5-Hk ext" and the TOZ-34 "Black Eagle". * The FAMAS "Felin 5-Hk ext" now proposes a better aiming. * Army and Monolith NPCs no longer have any probability of carrying several items of the mod. This was done to somewhat reduce the memory used while playing. The gameplay will not suffer from this in any way as those factions are not playable. * The attacks on the Loners' base at the Agroprom Researsh Institute are now definitely less frequent. * Various fixes and improvments. * Readme updated (I forgot to mention the blowout issue in the Swamps) 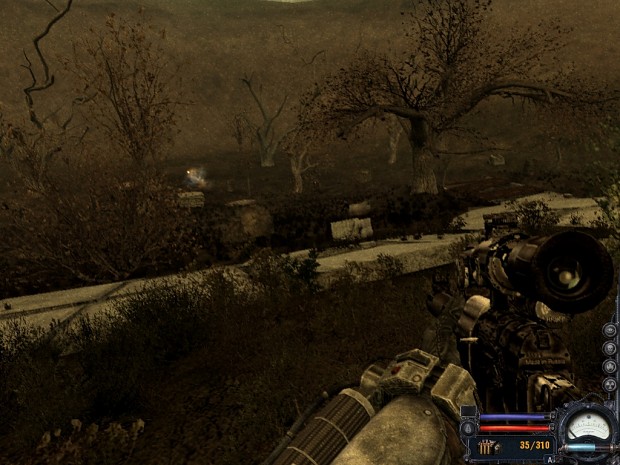