Hello! Welcome to the Rise of the Empire mod! This mod is based on the Star Wars Galactic Empire, This mod is not all my work!! Credits are in the "Read me" Text file. Current content: Star Destroyer Victory class Tie fighter New imperial System "Kullat" based near sol! [Starting from Sol, go to the left and reach Denebola. After that, go down and you'll be at Fingol. Then go left once more and you'll be in the Imperial System.] Planned additions: Lambda-class shuttle Various Tie variants Various Star Destroyer variants [Super Star Destroyer, Imperial light Frigate, Ect, Ect] More Imperial systems and planets! An Imperial Campaign And more! *Notes* I may eventually add rebels to this mod and allow the player to fight the empire as a Rebel!

Hello! Welcome to the Rise of the Empire mod V-0.05! This is but an early version of the mod, So expect change!

We have also colonised:
N/A

Return to Kullat-Prime, Or Shack-Prime Inorder to equip your fleet with these ships!

Tweaks to Ship and outfit prices!
Tweaks to Weapon damage! 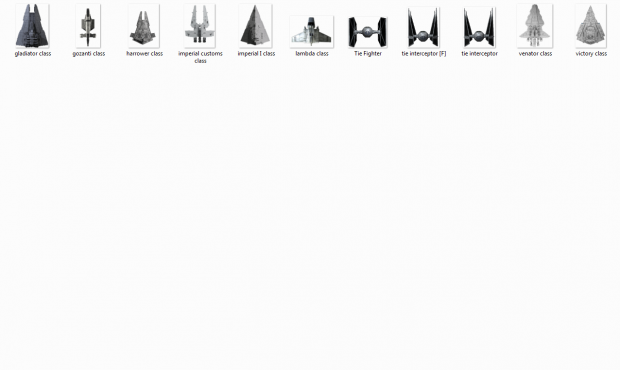