Team Fortress Arcade is a lovingly created video game mash-up between Valve's Team Fortress 2 franchise, and the almost forgotten side scrolling beat-em-up genre. In this game, up to four players can take the roll of the famous BLU Team Fortress classes as they battle through armies of maniacal robot forces and come face to face with their RED boss counterparts. After traversing 9 original stages, the players must conquer a final boss fight featuring legends of another Valve franchise! 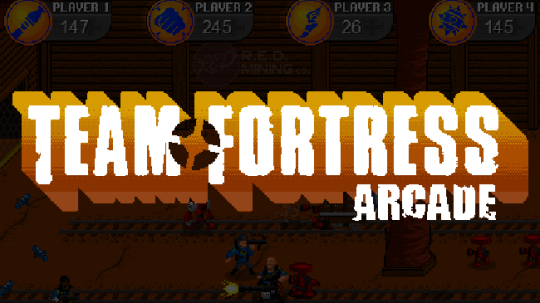