Star Wars: Empire at War – Forces of Corruption: the eight-month-in-dev expansion. On its release, Forces of Corruption released with slews of bugs. Petroglyph released a bunch of patches in post, but many issues still remained. The overall point of the UFoCP is to be a comprehensive one-does-all patch for FoC. The goal: to eventually fix every bug with FoC not officially resolved by Petroglyph, to the limits of what's possible in the Alamo engine and community-developed tools, in one package.

Please check out the Steam version, which automatically updates, and is 100% supported!

IF YOU WANT AN AREA TO CHAT ABOUT UFoCP, OR TONS OF OTHER EMPIRE AT WAR MODS, THE COMMUNITY IS THE GROWING SOURCE FOR ALL THINGS RELATED TO EMPIRE AT WAR! JOIN WHEN YOU CAN!
Discord.gg 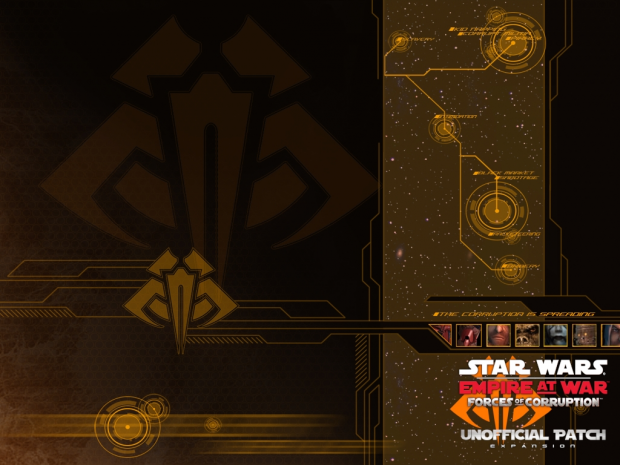