A Jedi hunter was an individual tasked with the hunting and killing of members of the Jedi Order. Following the transformation of the Galactic Republic into the first Galactic Empire, the Inquisitorius rose as an organization of Jedi hunters trained by Darth Vader himself to harness the dark side of the Force. Emperor Palpatine had decreed that the Empire was to convert former members of the Jedi into Inquisitors, further cementing the downfall of the Jedi religion and perversion of the Force.

The Punisher's credits
Darth Shiftee - Original model / textures from Sith Stalker 1.1 Dark_Apprentice - head and hood from dark_apprentice's Starkiller pack Special Thanks to Seven for the help with the Arms, torso armor 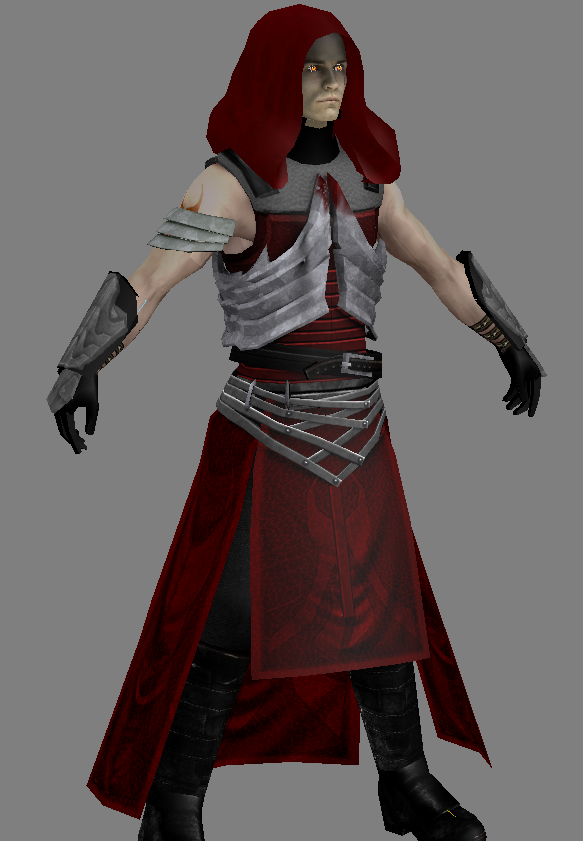