For those on the Mac version. This patch has two major components. For single player, it adds the Jeri Ryan voice pack. This will update the original game to use dialogue for Seven of Nine performed by Jeri Ryan, who plays the character on the show. For multiplayer, this updates the Holomatch engine to version 1.2. This will allow players who do not install the Expansion Pack to compete against players with the Expansion Pack for Deathmatch, Team Deathmatch and Capture the Flag games. A number of new multiplayer skins are included as well, including Borgified Captain Janeway, Assimilation mode and Team Fortress mode that can be accessed via console. 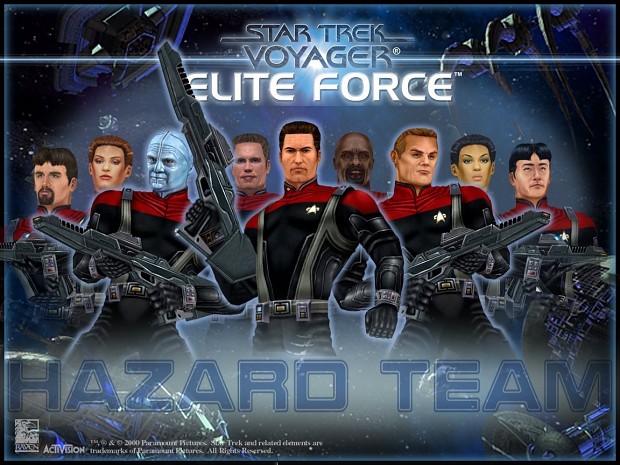