Josh Sealy (Joshy) and Darkwave0000, which requires a Boom-compatible source port to play. It features 33 levels, including one level accessible only through cheating, inspired by Plutonia, Plutonia 2, Hell Revealed, Hell Revealed II, Alien Vendetta, Kama Sutra, Scythe and Scythe 2. Speed of Doom is a 32 level megawad (made by two of us) that provides fast paced kills and thrills. The project was originally meant to be a 'semi-speedmapping' project, where we were limited to one week per map and focus mostly on smallish maps but as time went on, the maps consumed more time to create, and started to be more complex and started varying in sizes. In the end it took about one year to complete which isn't half bad. Overall, most maps are smallish and/or quick with mostly short and sweet gameplay, hence the title Speed of Doom. 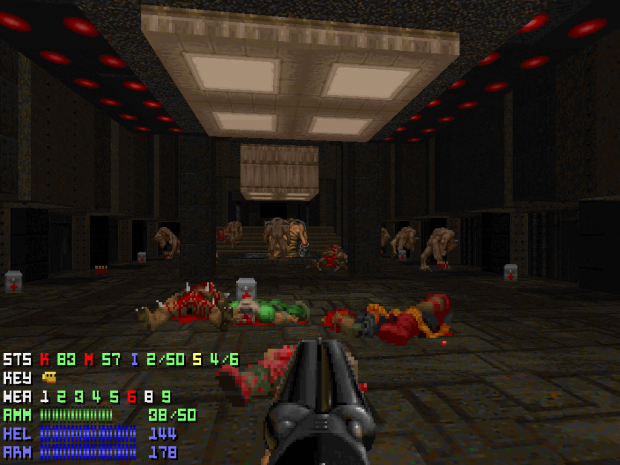