Early version of upcoming dynamic prequel mission for CGR campaign. Not yet cutscenes or proper story included, but many tasks to do in generating detailed battlefield covering whole Takistan map. Visit in many detailed camps and choose your role on fly between basic infantry team-leader, "high-commander", tank team leader, chopper pilot. Single-Player mission, to install place the unpacked pbo file in missions folder in ArmA2 main folder. Requires Combined Operations 1.62 to play. This new 0.87 version with some big additions/fixes again. Overally mission in now much more challening with the ~200 (to infinity) enemy tanks rolling on map. You may try to avoid them, or destroy them as commander of fighter chopper team. Captured zones have friendly tanks next time you visit them (and again enemies if captured back).

MOD/ADDON Notes:
-Else very awesome Blastcore may cause heavy suddent FPS loss after 1-1,5h playing. Avoid playing the mission with the current version of the mod. 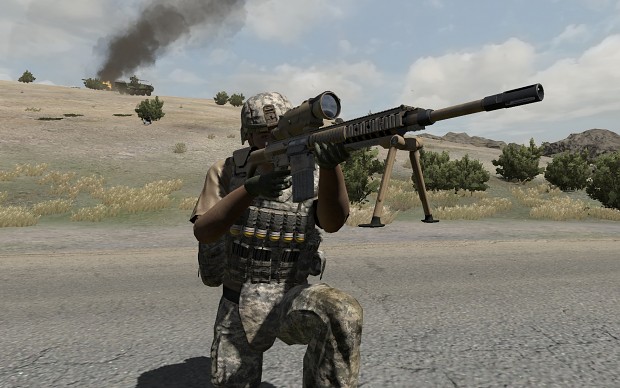