Snoova was a Wookiee bounty hunter and mercenary who was active during the Galactic Civil War. He was ostracized from Wookiee society and faced the death penalty on his homeworld, Kashyyyk, due to his violation of the Wookiee injunction against the use of his species' natural claws for anything other than climbing; rumors spoke of Snoova slashing at an opponent in a brawl over the affections of a female Wookiee paramour. Snoova escaped Kashyyyk as an outlaw and largely avoided other Wookiees. He turned to a life of bounty hunting—an unusual profession for a member of his species—and mercenary work. Because Wookiees were an enslaved species under the regime of the Galactic Empire, Snoova specifically pursued bounties posted by the galactic government; his successes gained him such renown that he was able to travel through the Empire with impunity, and his identification datawork was altered to name him as his own master. 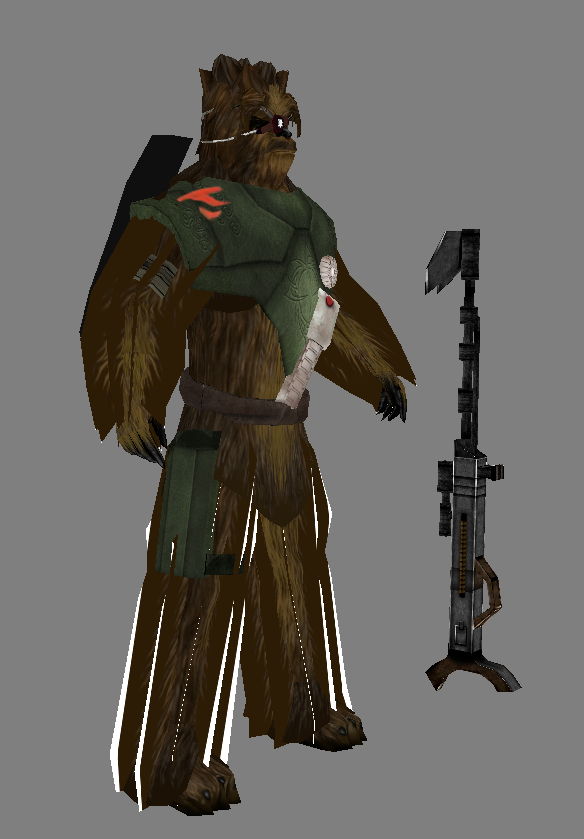