EaW/FoC Mod Launcher is a reskin of the same Steiner Modding Group launcher released earlier. There seems to be no major change in functionality at all. For those of you who haven't downloaded the other version, the Mod Launcher automatically detects any mods you have in your EaW and FoC Mods folders and allows you to run them using this launcher. Very useful for people who do not understand how to make modpaths or .bat files. 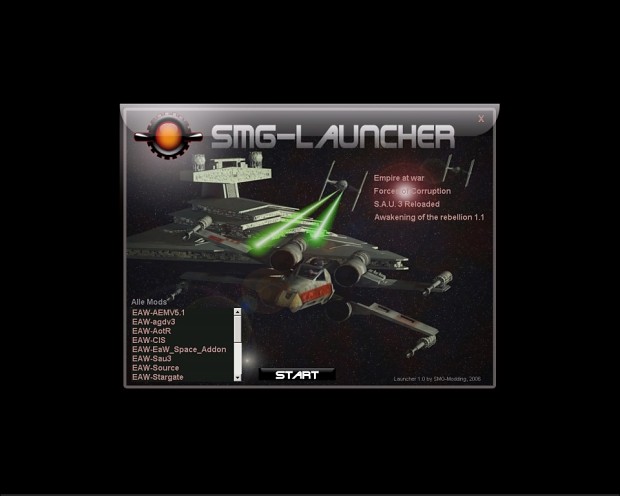 some minutes ago, i installed the "mod launcher" and now i can play the mod. I think this Mod is one of the best. By the way: Sorry for spamming

Mine is not working right. It doesn't detect my mods folders. Unless I'm doing something wrong.

My microsoft Net Framework tell my SMG launcher what he have the problems/
Damn how launch him? And Smg Launcher not see my game !

hey where do i extract the files to?

The mod launcher doesn't recognize my PC.
Any suggestions for Windows 10?

Another problem I'm having is that my version of FOC runs on the Steam engine. Any ideas?