This is the first release of our North African Campaign-themed mod called Sandstorm. Still in BETA, it is meant for the public to play ww2 battles before our goal of a full campaign in 1.0, which is under development. 0.5 includes three factions: the British 8th Army, the German Afrikakorps, and the Italian 10th Army, along with their naval equivalents. We highly recommend multiplayer, it's the best way to play, and feel free to use this thread or our steam group to organize battles. 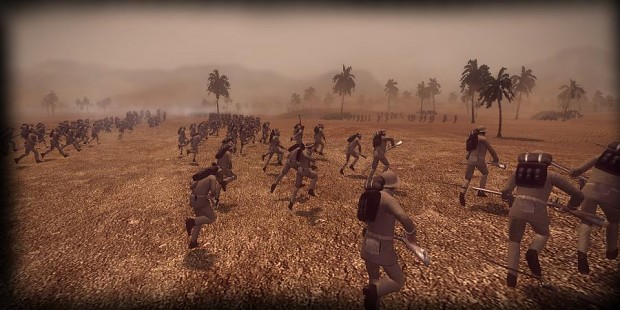 those are my screams of joy. no more re-skinned Landwehr! huzzah!

Can anyone tell me the install path to get it working? I haen't installed a mod for NTW ina while and seem to have forgotten....Thank you in advance to anyone who can!

The Readme includes manual instructions for cases where the installer fails.

Cool mod i have mad a video of it PLEASE CHECK IT OUT:
Youtube.com :)

Thanks and no problem :)

What do I need to run this because I downloaded it then it said it wasn't a Bing file. Help please looks so cool

You need a legal version of Napoleon Total War, and then use the launcher or follow the installation instructions. (Sorry for the late reply)

followed the installation instructions then nothing happens

This is awesome, but why snipers don't have range?

It is a wonderful idea! It's a shame it dies...

yes, it is a shame

this seems like it will be a GREAT mod

has this got a campaign if so im cry myself to sleep :)