This version is obsolete. Download the Initiative Edition first.

Return of Shadow Beta 0.299E a hotfix to fix the Amon Hen crash in the Evil Campaign as well as the changes from the last Hotfix.

Fixed an issue with the set up button for the launcher.

Added a prompt to the launcher when the game won't run.

Once you've installed Parts 1 and 2 of the Final Beta simply run this launcher to update it to 0.299D.

Make sure your Game Folder permissions are set to Full Control

For more check the Troubleshooter here.

By entering testmode into the Game mode code section of the launcher you will launch the test version of the mod that has 99 Spell points and very high starting resources. 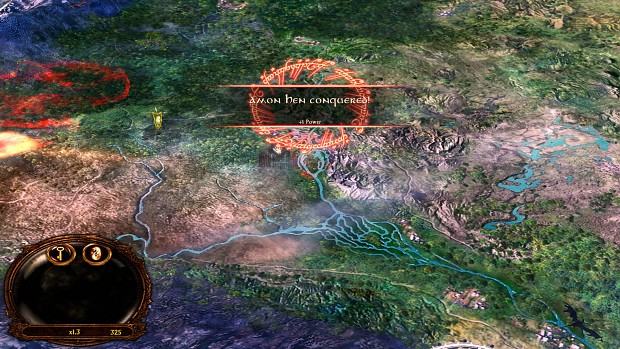 Any word on fixing the good campaign. The game crashes whenever I try starting it

Your models are really nice. The Graphics are great too, and you have a lot of good factions with innovative science powers. The launcher is good and works smoothly. Can't wait for the new factions in 1.0.

Some changes we thought could make this mod even better:
- How about adding the handicap option like in BFME II in skirmish to make it more difficult? We (me & my friend) did skirmish 2 vs 4 bots, (Rules: Build no buildings, not even ec. plots or outposts), or 2 vs 4 bots without heroes and only 1 building allowed.
- Bots in skirmish (I just know Mordor & Isengard) rarely use siege works. Maybe a way of upgrading that? Also to mention: during Skirmish Dunland sometimes doesn't do anything.
- Free People seem to have really strong Ponies. Eagle production seem to be extremely powerful.
- And how about if you reduce th HP of some of the buildings? especially farms & towers?
- Erebor seems to be very strong, especially the heroes. Maybe a bit of nerfing?
- Science Powers seem to have an unusual order (purchase left SP to unlock bottom-right SP). Maybe a quick fix of that?
- Order Heroes after their cost?
- How about Fire arrows do extra damage vs buildings and no extra damage vs units? (Then of course reducing the cost of fire arrows.) We usually play without fire arrows because they deal too much damage, even for their cost.

Maybe it's not really the time to nerf/buff these factions at the moment since you're working on the other 6 factions. Just thought of some ideas which could improve the game.

Thanks for the feedback.
Balance has been something I've been working on lately although as you said since there's still 6 factions to go I can't balance everything at the moment.

I'm actually considering jacking up health/armour on structures to better incentivise players to use forged blades/fire arrows,heroes, axemen and siege.

Archers are in the process of being changed most archers (at least regular ones) will have lower accuracy at the start (60% instead of 100%) which can be improved with the Marksmanship upgrade to 100% (plus some range to boot).

For the AI make sure you're running on ROS maps which is pretty much anything under Official since non ROS maps don't have my AI supported.
There's no way to currently implement things like Map rules or anything like that to the skirmish menu but it is possible with Game modes although that can be time consuming and would have to come after the mod.

There is a glitch where if you are fighting Rohan, in skirmish and campaign, save then exit, when you come back the roof of the gate will disappear, also if you damage the gate enough, to 50% I think, the gate will also disappear, I also discoverer that if you keep left-clicking on Gruz, a hero of Isengard, you can make multiple Gruz, and Amon Hen is still not working for me.

I can't seem to run the patch file.. Parts 1 & 2 installed but the patch doesn't have a file type to be able to run it??

For some reason the patch doesn't seem to be fixing my Amon hen issues. I still get a crash to desktop and exception access violation after the cut-scene.

the mod doenst work for me

love edain mod. for bfme2 . but this relly bring back that good old"new fashen game back.. looks amezing this time i had no problem inst. all.. Thank u mouch for keping game at her best and yet to cam

SO i played ros and when i break a wall or the gate of Edoras in the evil campaign game crashes.PLS HELP ME

Hey, I downloaded the last Initiative Edition and everything is up to date, but the bug at Edoras is still there. If I break the gates or the walls, the game crashes. I have tried it several times but nothing works.