Reprogram is a side scrolling tactical game where timing is as important as positioning. You control the characters by assigning commands that will be performed simultaneously during a turn. That way, you'll have to think ahead before you create a strategy. The game is about four guys trapped inside a truck by someone, with a bomb inside while being chased by terrorists, but fortunately, whoever put them there, gave them a marked map and robots to protect themselves. Throughout the game, they will try to find a way to get out of the truck, escape the terrorists, discover who put them there, reach the marked location and deal with each other. 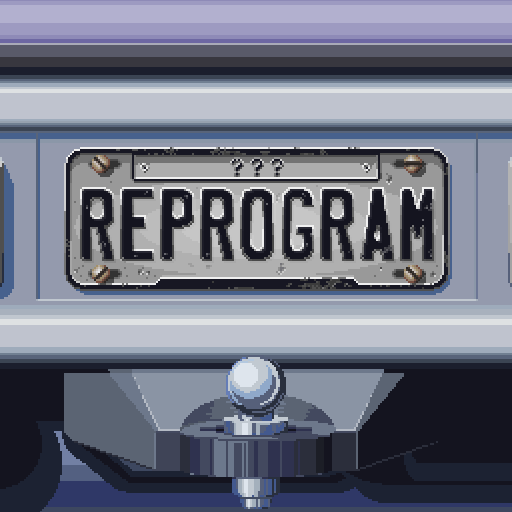