As regent, assume the titles of a child emperor, <15, until he comes of age. It gives you all held titles of your Emperor to do with as you will until they turn 16, then your liege should disband the regency and retake the titles. Only the titles you took from the emperor and any emperor tier titles you have have gained will be returned. Now the child emperor can block your attempt to assert a regency but could cause problems with an ambitious character. Also an ambitious or arbitrary character can block the liege's attempt to disband the regency, but be warned there will be reprisal. Hopefully it's working with the newest additions. Testing ain't easy. Added my Bid Liege submod to this, it has your liege introduce you to the top liege at a feast. Results in you becoming friends with or shifting your vassalage to the top liege. Also allows regents or chancellors to imprison people on their liege's behalf. Makes use of AGOT's rebellion events so thanks to the AGOT Team. 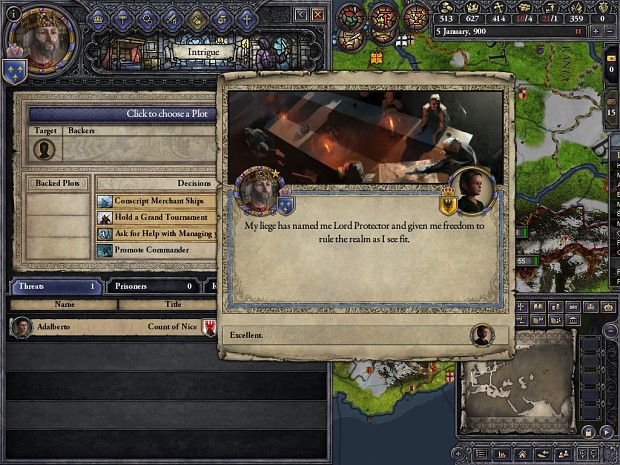