This is the pre-retail version of Absolute Redemption (which was simply called Redemption back then). It was pulled off from the Internet when its developer, Maverick Developments, released it commercially as Absolute Redemption (including it in the retail version of Counter-Strike), fixing various bugs, changing some of the level layouts and removing/adding references - the most famous being Stonehenge instead of a Quake 2 level at the start of the game. The current release of Absolute Redemption is exactly the same as the commercial version, which was re-released for free in 2001 as a HL1 mod. I'm not sure if this could work on the Steam version of HL1, but I tested it on the latest version of HL1 WON (version 1.1.1.0), and it couldn't work because of some .dll incompatibilities. Therefore, this is only for archival purposes, unless someone wants to make it work with modern versions of Half-Life 1. 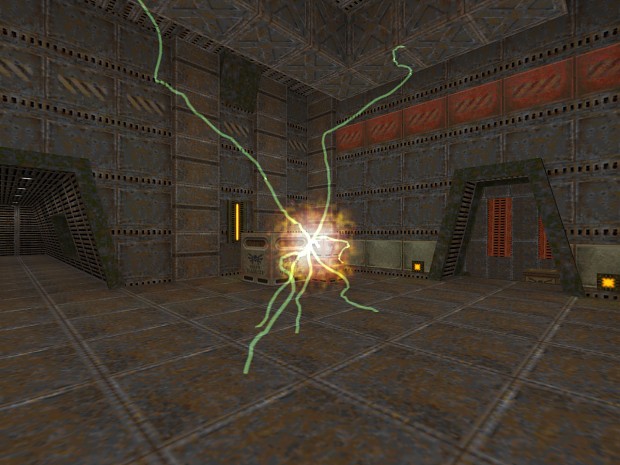 I'm sure it's possible to take dlls from Absolute Redemption to play with them this old mod's version under HL 1.1.0.8 and newer (or any version of Xash3D). Otherwise you need WON Half-Life with patch 1.0.1.6 or earlier.

So is it unplayable at this time?

This works fine with Xash3D (I just tested it). Simply remove the "dlls" folder and edit the "liblist.gam" file, replacing the line...

Note: the first couple of sentences spoken from the G-man do not play; however, these also do not play in the newer "Absolute Redemption" either in Xash3D (which was the only reason I tried this version). Oh well, I have the classic "has-the-old-Quake-2-level-in-it" now!

Actually, removing the "dlls" folder made it work, but Roy was missing in the carnival levels. However, this version is the original and works great (I have no idea why they didn't name the post "classic version" instead of "mod version," but they did a good job!):