This mod is designed to be sort of an "Expansion Pack" to the vanilla Red Alert mod of OpenRA- the war has spread to every corner of the world and now you have the opportunity to fight for the Allies or Soviets across the globe. Fight with the fiery power of the Flame Tank of the Chinese or command the world's greatest Allied Tank Divisions with the United States- those are just two of a dozen new possibilities! 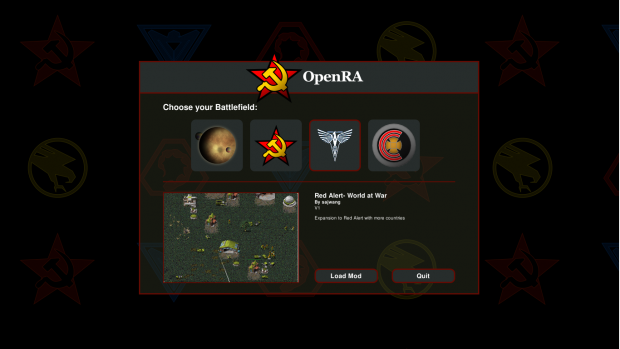 Spotted a bug; will patch it soon