Our goal for this patch was to update and fix a variety of bugs in the two levels that have been currently released. In addition, this new patch will also include a new multiplayer setup and two new multiplayer weapon sets. An issue with the AR33's prop model in the Timed and Remote Mine weapon sets has also been fixed.

Our goal for this patch was to update and fix a variety of bugs in the two levels that have been currently released.

- Newest additions have an exclaimation mark (!) tacked onto the end.

Cheat Options:
01. Full Ammo
Gives Bond maximum ammunition for every weapon he possesses. However, unlike Infinite Ammo, ammunition is consumed as normal.
*How to Unlock: Complete Q-Lab VR on Secret Agent in 9:00 or less.
02. Covert Weapons
Bond starts every mission with a Hunting Knife, Throwing Knives, a PPK (silenced), an MP5K (silenced), and a Sniper Rifle, with maximum ammo for all of them.
*How to Unlock: Complete Dam on Agent in 3:45 or less.

An MI5 operation has uncovered a weapon smuggling operation that has ties to Northern Russia. It now appears that our friends on the other side of the Thames won't be able to handle the entire operation on their own.

You leave for Arkhangelsk tonight, 007. A supply truck is en-route to the location and we need you to intercept it when it arrives. We also need proof of the syndicate's activities so be on the lookout for a copy of their shipping records.

I shouldn't have to remind you that Q expects you to bring back your equipment in usuable condition.

Project: GoldenEye is a planned twenty level single player mod for the N64 game, GoldenEye 007. The current goal is to have a fifteen level campaign with five bonus levels once you beat the story on the higher difficulties. The story is a mixture of elements of the GoldenEye movie and game storyline, mixed in with some new content.

In order to play, you'll need an original NTSC GoldenEye 007 N64 ROM. We suggest using the GoldenEye Setup Editor to patch the ROM as it makes it very simple to do so. Simply go to Tools > Apply .ISP Patch, select the original unbyteflipped ROM, choose the Project GoldenEye v2-1.isp file, and then generate the modded ROM. Be sure the name is different from the original ROM. This hack was built on Zoinkity's 8MB GoldenEye hack, so special thanks there! Some of the stuff we are doing wouldn't be possible without it. If playing on emulator, be sure to have the proper rom settings to take into account the 8MB memory allocation.

We've tested the hack extensively on the EverDrive 64 and on Mupen. We'd like to say the hack is as bug-free as possible. However, if you are able to find any bugs/glitches, please don't hesitate to let us know. We can be reached at fallenangelfilms@yahoo.com or at www.facebook.com/fallenangelfilms.. Be sure to check out our YouTube at YouTube.com to watch the latest videos from the mod! We would love to see your videos, too!

We also have a topic at the Shooter's Forever Forum for the project. You'll find that the most up-to-date information can be found here: Shootersforever.com

Special thanks to SubDrag, Wreck, Zoinkity, and the countless others who have helped in the making of this mod. We appreciate all of the help and we can't wait to hear your feedback!

LdamE.bin...
Fixed an issue with a text string that wasn't displaying properly in-game.

LarkE.bin...
The briefing text has been slightly modified.
The objective "Collect Mission Dossier" has been updated to "Report to Q's Assistant."

[Multiplayer Levels]
MI6 Headquarters...
Select image for MI6 HQ reflects new level background.
Ump_setuparchZ.bin has been used as a base for this setup.

[Weapons]
Throwing Knife...
Fixed an inconsistency with the pickup text.

Klobb...
Fixed an inconsistency with the pickup and watch text.

D5K Deutsche...
Fixed an inconsistency with the pickup text.

D5K (silenced)...
Fixed an inconsistency with the pickup text.

Rocket Launcher...
The pickup text has been reformatted.

Remote Mines...
Fixed the weapon image for both AR33 spawns.
Note: This weapon set may not remain in future builds.

Timed Mines...
Fixed the weapon image for both AR33 spawns.
Note: This weapon set may not remain in future builds. 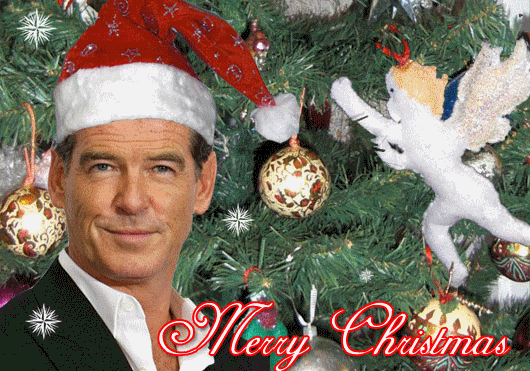